TRAVEL The name of Chongqing means a lot

The name of Chongqing means a lot 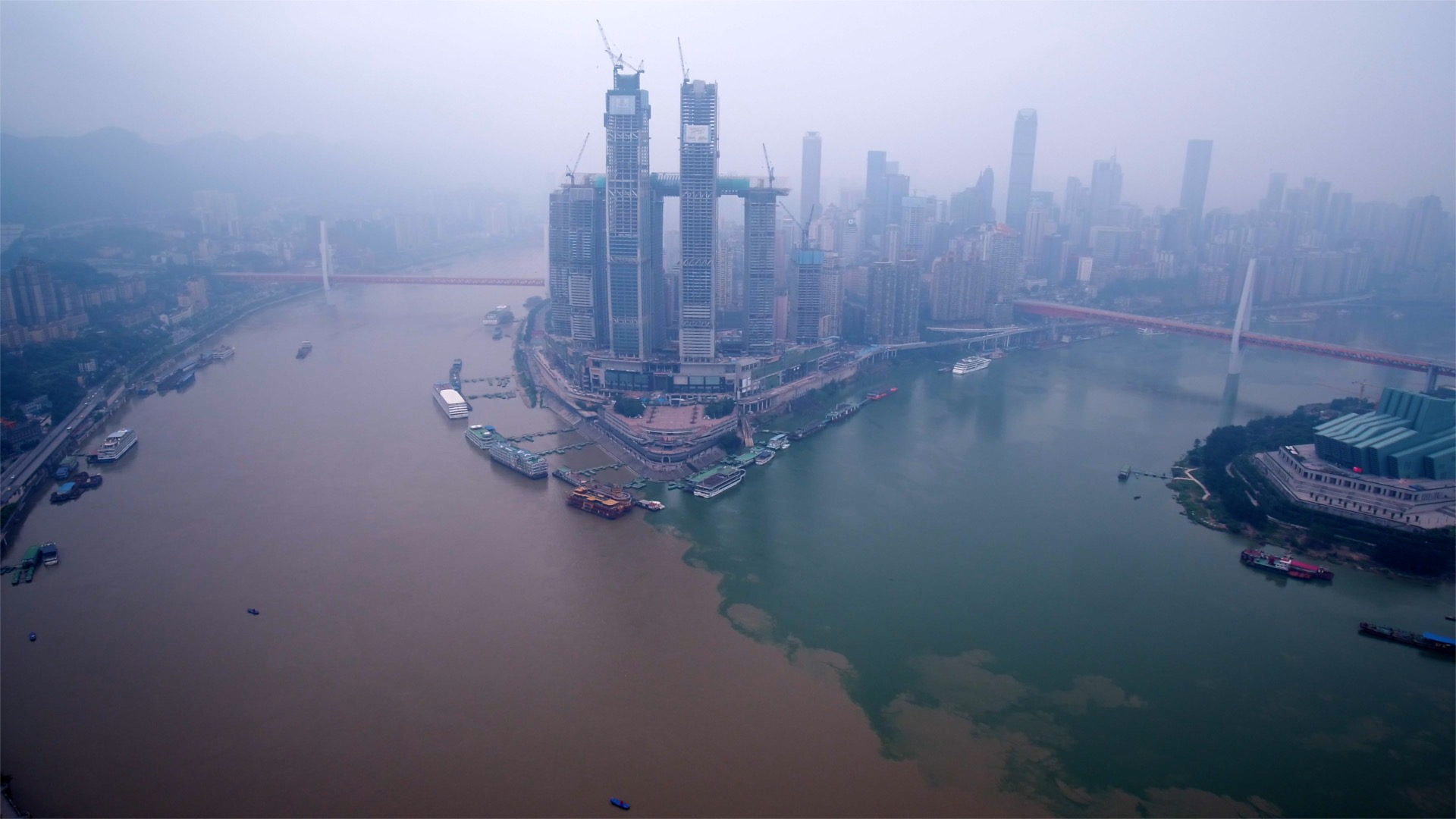 At the confluence of the Yangtze River and Jialing River, the water is visibly green on one side and yellow on the other. (Photo: CGTN)

A city with many names, a metropolis with many faces. A municipality as topographically complex and geographically colorful as Chongqing is bound to earn quite a few nicknames that celebrate and emphasize its splendor. Chongqing has one of the most recognizable skylines in the world, made famous by the converging of mountains and rivers that lend themselves to a particularly unique landscape — a skyline that is especially brilliant at night. Refer to Chongqing by any of these monikers, and any traveler worth his or her salt is bound to know which mega-city you're referring to.

In Chongqing, the infrastructure crisscrosses the city's undulating hills, steep slopes, and majestic rivers. Five-layer overpasses divide off into eight different directions, a cableway soars across the grand Yangtze River, and sky trains literally tunnel straight through residential buildings. The city's layered landscape is especially breathtaking from above, highlighting its distinctly three-dimensional feel. For this reason, Chongqing is often called a "3-D City", a metropolis that is anything but flat, with a terrain that changes course at every turn. With a bird's eye view, the contours of the 3-D city are perhaps even more marvelous at night.

In Chinese, "Wu Du" can be literally translated to Fog City. This famous city's famous nickname highlights the first thing you'll notice about Chongqing: Its perpetually gray, endlessly foggy skies. Fog is in the forecast most days of the year here, and a day of bright sunshine is a rarity deserving of celebration. Despite the mist that hangs over the city, Chongqing's night skyline is one of the most awe-inspiring in the country. When dusk falls, the city's landscape transforms into something so vibrant that the day-and-night contrast comes as a shock. Nearly all the skyscrapers light up with the brightest of colors, and the neon colors cut intensely bold patterns that make the gray all but disappear.

Hongya Cave, one of the city's most popular tourist attractions, is built on stilts to accommodate the slope of the mountain. It's very common in Chongqing to enter what looks like a building's first floor, only to find you're actually on the eighth floor. These unique topographical features have earned this municipality the nickname of "Mountain City". The mountains provide a gorgeous backdrop for the city's skyline, which at night transforms into a brilliantly vibrant sea of colors, with all the skyscrapers lighting up in electric shades of neon. The awe-inspiring and blindingly lit-up panorama, flanked by steep slopes and reflected in the flowing river, is truly unlike any other.