TRAVEL The only pagan temple in Armenia: Temple of Garni

The only pagan temple in Armenia: Temple of Garni 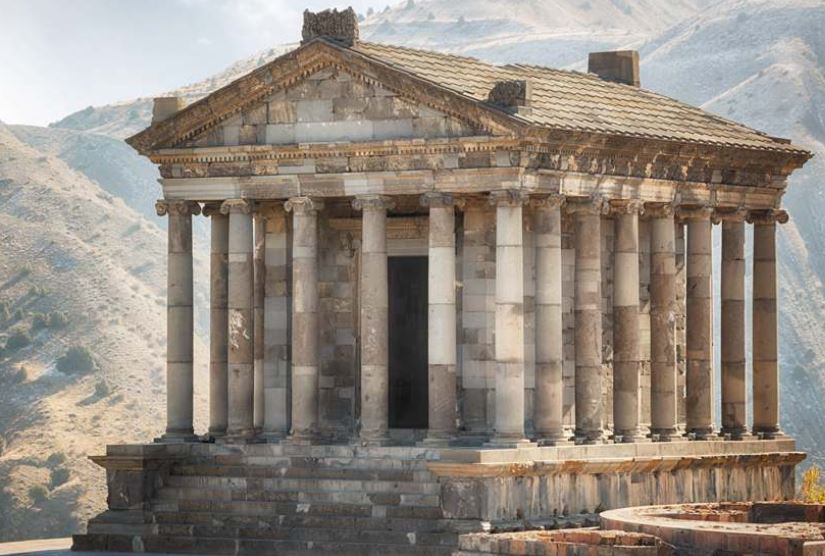 Armenia is not a large country. However, it is extremely rich in culture and history, which spans back more than 3,000 years. The country is located on the ancient Silk Road, where Armenians built a network of merchant communities from eastern Asia to Europe.

Armenia is the world's first Christian country since 301 AD. Thus, it is famous for a large number of churches and monasteries across the country.

But there is a Hellenic-style temple setting on the edge of a gorge overlooking the Azat River, dedicated to the heathen sun god, Mitra.

This is the Temple of Garni, the only Roman-style temple in Armenia, as well as the most eastern, well-preserved Greek temple in the world.

There are a couple of hypotheses why an ancient Roman temple stands in Armenia. The first story goes that the temple was built by Tiridates I, who had been crowned by the Roman emperor Nero. Nero sent the Armenian monarch back east with a generous sum of money, in the aim of building the fortified city of Garni and its central temple.

Another theory demonstrated that Garni isn't a temple but rather the tomb of one of the Romanized Armenian kings, based on architectural evidence.

With the passage of time, no one knows the mystery of the temple. It has remarkably survived the destruction of pagan temples in the 4th century CE, and countless invasions and earthquakes until its collapse in 1679, and was reconstructed between 1969-1975.

The temple of Garni is a symbol of Armenia's deep historical ties to the civilizations of Rome, and the prosperity of culture as it stands between the east and the west.