TRAVEL The people who know no war: Afghanistan's most isolated corner

The people who know no war: Afghanistan's most isolated corner 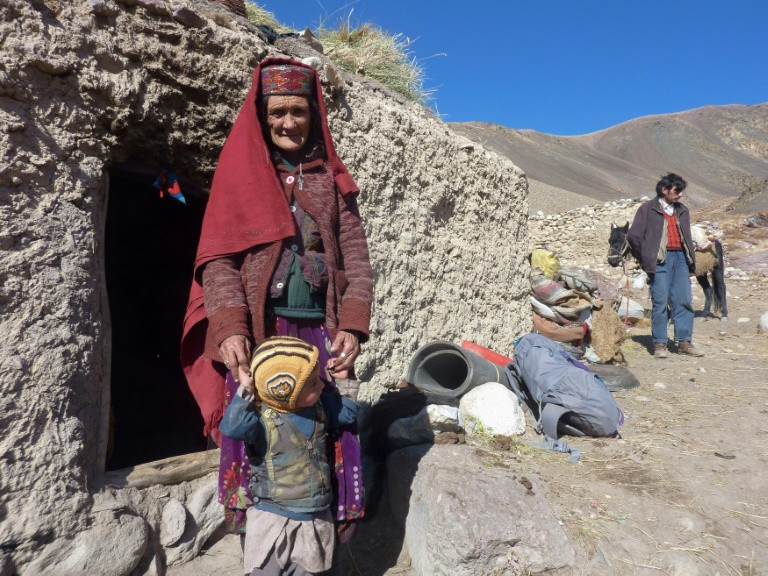 Sultan Begium lives Wakhan Corridor in Afghanistan, a region so remote that its residents are unaware that the country has been ravaged by war for decades

"Taliban -- what's that?" asks Sultan Begium shyly from her freezing home in Afghanistan's mountainous Wakhan Corridor, a region so remote that its residents are untouched by the decades of conflict that have devastated their country.

The frail-looking grandmother whose harsh life has etched deep lines in her face, is a woman of the Wakhi, a tribe of roughly 12,000 nomadic people who populate the area.

Known to those who live there by its Persian name Bam-e-Dunya, or "roof of the world", it is a narrow strip of inhospitable and barely accessible land in Afghanistan bordered by the mountains of what is now Tajikistan and Pakistan, and extending all the way to China.

Few venture out, even fewer venture in -- but this isolation has kept the Wakhi sheltered from almost forty years of the near constant fighting that has ravaged their fellow Afghans. 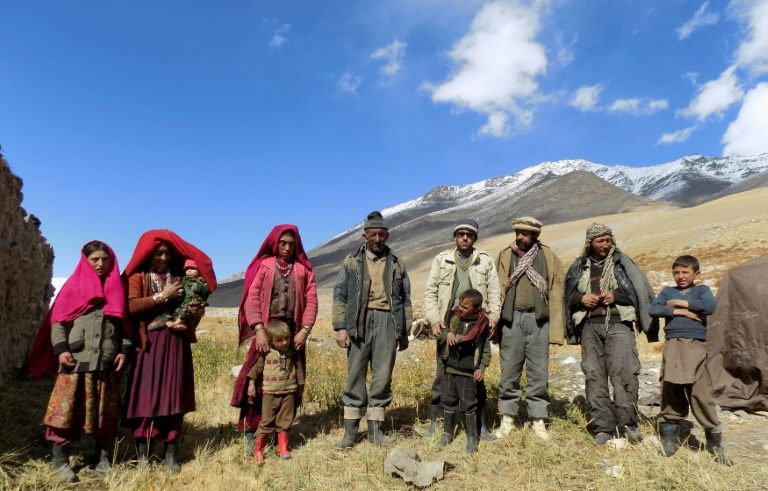 Few venture out, even fewer venture in -- but this isolation has kept the Wakhi tribe sheltered from almost forty years of the near constant fighting that has ravaged their fellow Afghans

"War, what war? There has never been a war," Begium says, poking at a dying fire of yak dung, though she remembers people speaking of Russian soldiers dispensing cigarettes on the border at the other end of the corridor.

Such decades-old anecdotes are all the tribe really know of the Soviet invasion and US-funded mujahideen fightback, a brutal nine-year conflict that may have left as many as one million civilians dead and hundreds of thousands more displaced.

The subsequent civil war, in which tens of thousands more people were killed and uprooted, and the rise of the extremist Taliban regime seem to them like folklore.

"Taliban are very bad people from some other country who rape sheep and slaughter humans," says Askar Shah, Begium's eldest son, who has heard stories about them from Pakistani traders. 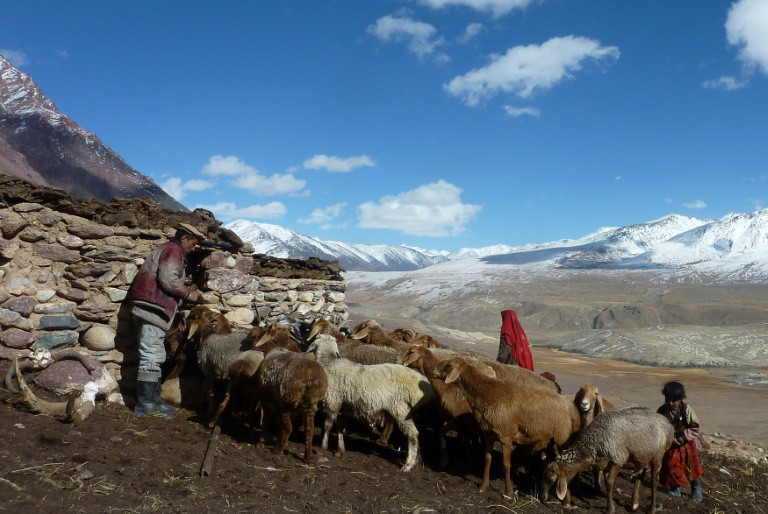 Known to those who live there by its Persian name Bam-e-Dunya, or "roof of the world", the Wakhan Corridor is a narrow strip of inhospitable land in Afghanistan bordered by the mountains of what is now Tajikistan and Pakistan, and extending to China

There is little knowledge of the US invasion or the bloody resurgence of the Taliban, and more recently the emergence of the Islamic State group, that have killed or injured hundreds of thousands across the nation.

"Foreigners invaded our country?" Askar Shah asks incredulously after being told how America and its allies went to war with the Taliban regime in 2001.

Created in the 19th century as a Great Game buffer zone between tsarist Russia and British India, the corridor has since remained untouched by any kind of government. 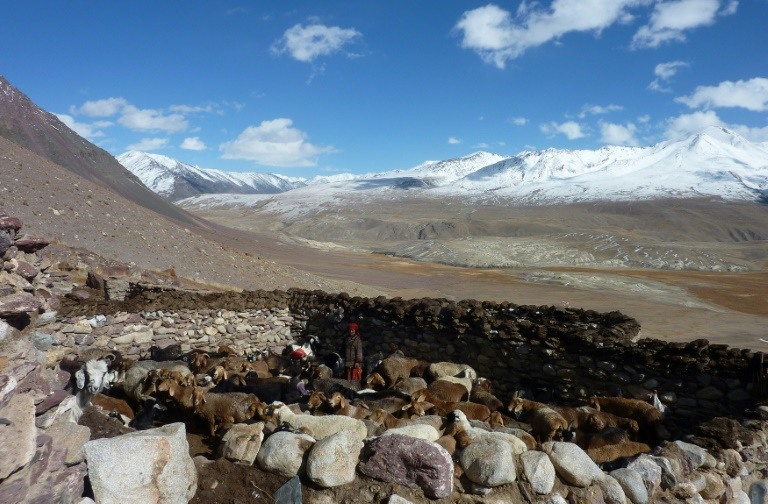 Afghanistan's mountainous Wakhan Corridor, a region so remote that its residents are untouched by the decades of conflict that have devastated their country

It can be reached from surrounding countries, but only via treacherous journeys by horse, yak or on foot through the "Pamir Knot", where three of the highest mountain ranges in the world converge.

Known in Afghanistan itself as Pamiris, the Wakhi form the bulk of the corridor's population -- the nomadic Kyrgyz tribe, which numbers just 1,100 people, live separately at its northern end.

The Wakhi are moderate Ismaili Muslims, followers of the Aga Khan. The burka -- which is ubiquitous elsewhere in Afghanistan and is regarded by critics as a symbol of women's oppression -- is unknown.

Their life, largely free from crime and violence, revolves around yaks and cattle, which they barter for food and clothes from the few traders who visit the remote region.

Without electricity they have no internet or mobile phone service, often communicating with one another across the vast terrain by walkie-talkie. 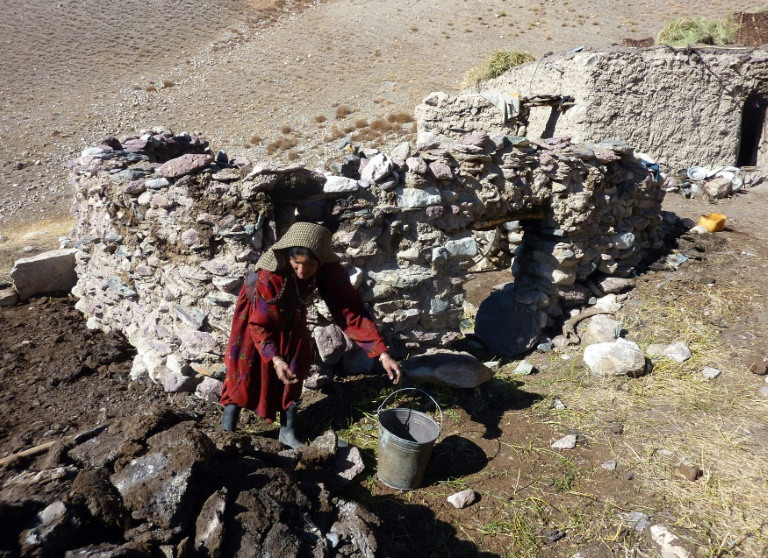 The lives of Afghanistan's Wakhi tribe revolve around yaks and cattle, which they barter for food and clothes from the few traders who visit the remote region

Occasionally they have access to radios, listening to Russian broadcasts or Afghan news -- Iranian music is also popular -- however such opportunities are rare, and once the batteries run down they fall silent until the traders arrive again.

But with temperatures below freezing for more than 300 days a year, this is no rural idyll.

Even minor flu can kill, and childbirth means death nearly as often as it means life. The endless grief helps fuel use of the only drug freely available in Wakhan: opium.

Opium is "the only Afghan identity we have", says Nazar, a Wakhi who goes by one name, adding: "The whole population is addicted to it."

But change may be coming: The Afghan government says it's conducting aerial surveys to assess potential routes to connect Wakhan to the rest of Badakhshan province by road.

The Chinese are also in talks with Kabul to help build a military base at the northern end of the corridor, according to Afghan officials.

If it all comes to fruition, it could bring more trade, tourism, and much-needed medical facilities.

It could also spell the end of the Wakhi's protection from the brutality of war.