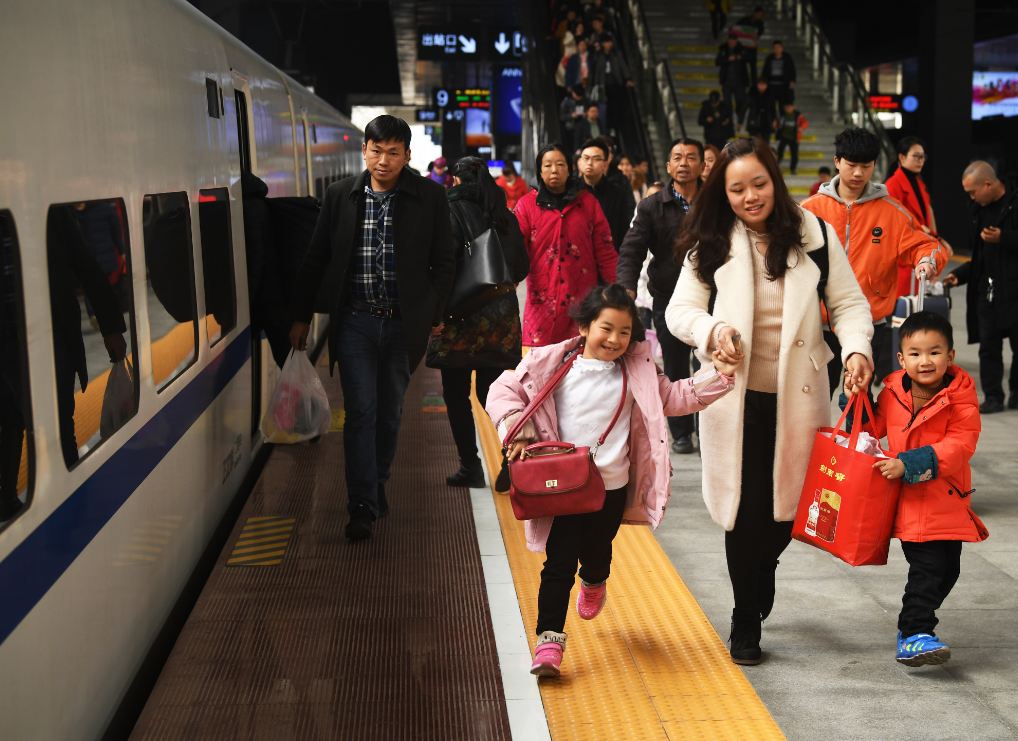 The 40-day-long Spring Festival travel rush, which came to an end on March 1, recorded three billion trips made during the period, according to the Ministry of Transport, CCTV reported.

The rush saw 410 million railway trips, up 7.4 percent on a yearly basis, while road trips fell 0.8 percent to 2.46 billion. The number of waterway trips stayed same as last year at 41 million, while plane travel jumped 12 percent to 73 million this year, the data showed.

Bullying and ride-stealing behaviors at trains also declined sharply this year, thanks to severe punishments from the local governments, such as issuing travel ban on violators, the report said.