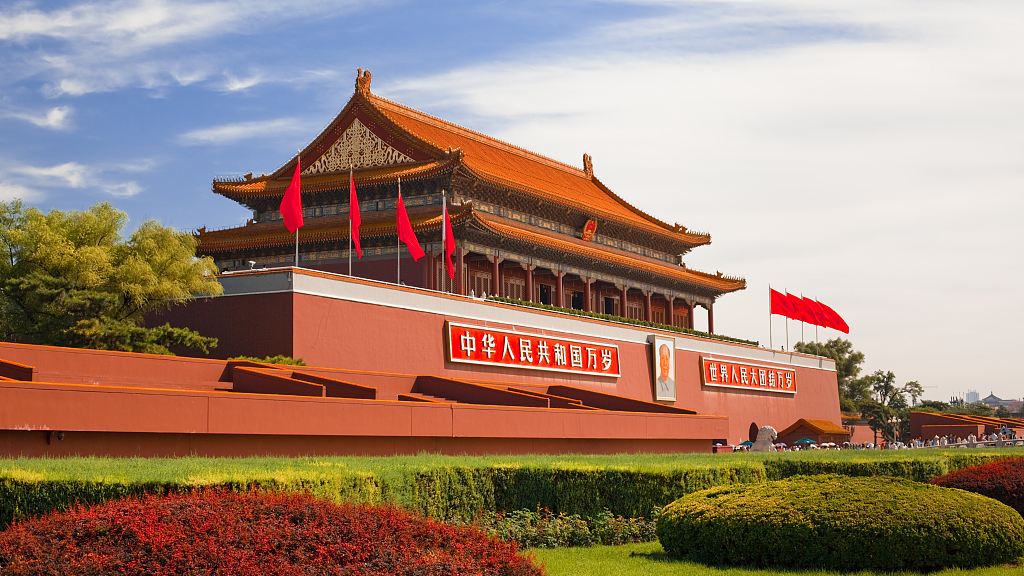 After over a year of renovation, the Tian'anmen Rostrum at the heart of China's capital, Beijing, was reopened to visitors on Thursday, according to the Tian'anmen Management Committee's website.
The landmark gate tower was closed for renovation starting June 15 last year. The renovated Tian'anmen Rostrum witnessed the grand celebrations on Tuesday, marking the 70th anniversary of the founding of the People's Republic of China.
In order to better protect the cultural relics and further enhance the visitors' safety, the number of daily visitors is limited to 9,000 and visitors are required to make reservations through an official WeChat account one day in advance according to the Guidelines for the Maximum Carrying Capacity of the Scenic Spots in China.
Visitors can change the tickets at the South Gate of Zhongshan Park at the west of Tian'anmen Square, providing reservation QR code. Valid ID is required to enter the tower.
In addition, the ticket office may close from time to time due to the visitors' flow. It is suggested to plan the trip in advance and avoid the peak season.