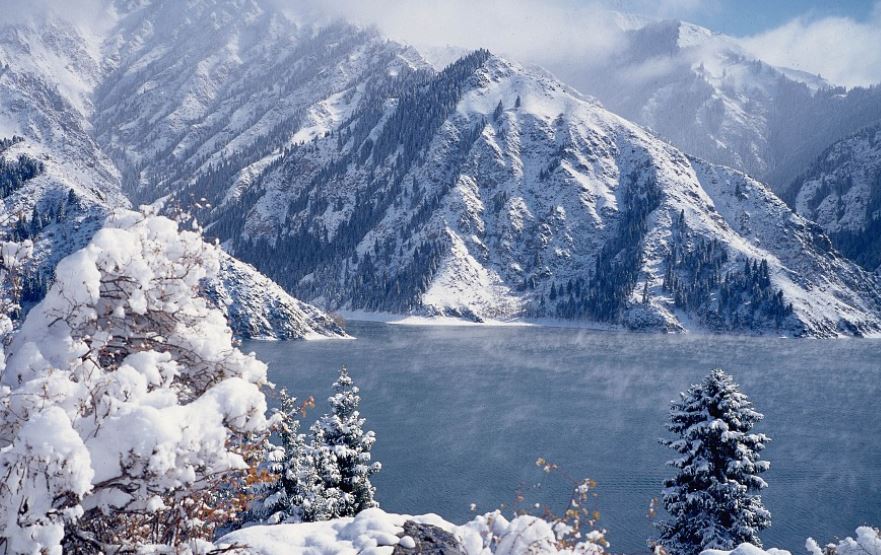 Tianchi Lake literally means "Heavenly Lake" in Chinese. It lies on the north side of the Bogda Peak and has an elevation of around 1,910 meters.

Covering 4.9 square kilometers, the crescent-shaped water area is known for its beauty.

The lake is classified as a highest level scenic area by China National Tourism Administration.