Tianjin Binhai Library is among the top 100 destinations: TIME magazine 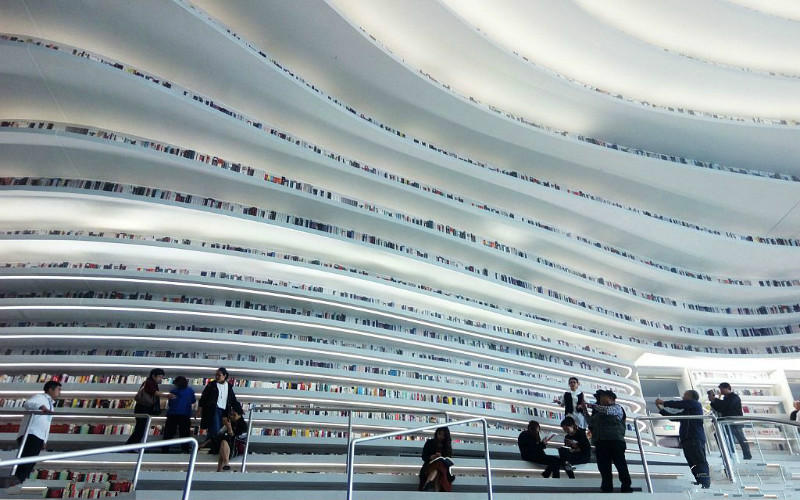 TIME magazine published a list of the “World’s Greatest Places 2018” and listed 100 places in the world worth visiting. Among them the first was Tianjin Binhai Library. (Photos: VCG & Website of Tianjin government) 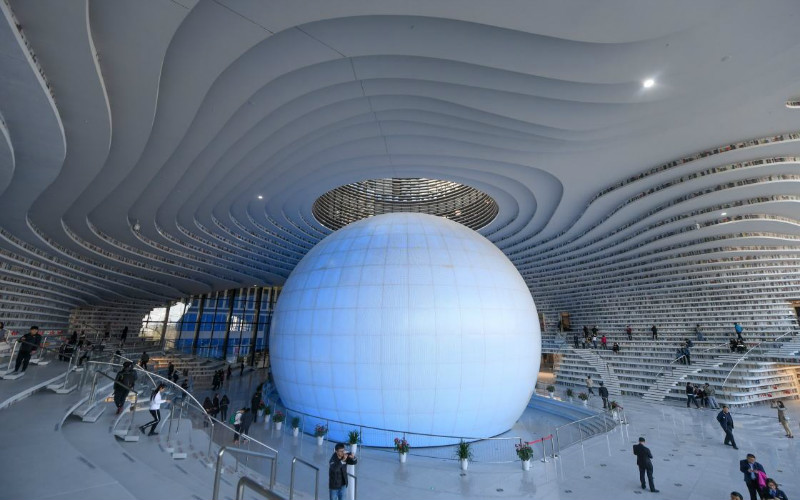 Tianjin Binhai Library was officially opened on October 1, 2017. The building covers an area of 33,700 square meters, with five floors above ground and one underground. The total number of books is 1.2 million and the number of seats available are 1,200. 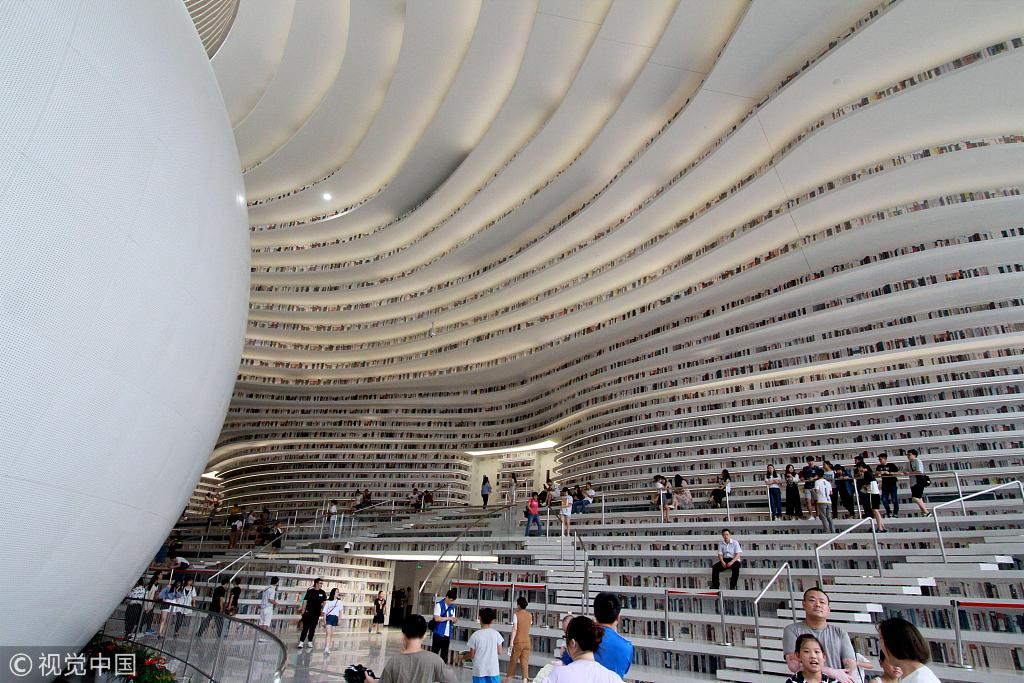 Public services, which includes literature borrowing, consultation, public welfare lectures and exhibitions, are provided for free of charge in the library. Readers can register their reader IDs for free with their ID cards, and they can also use the mobile phone to generate QR codes for card-free borrowing. 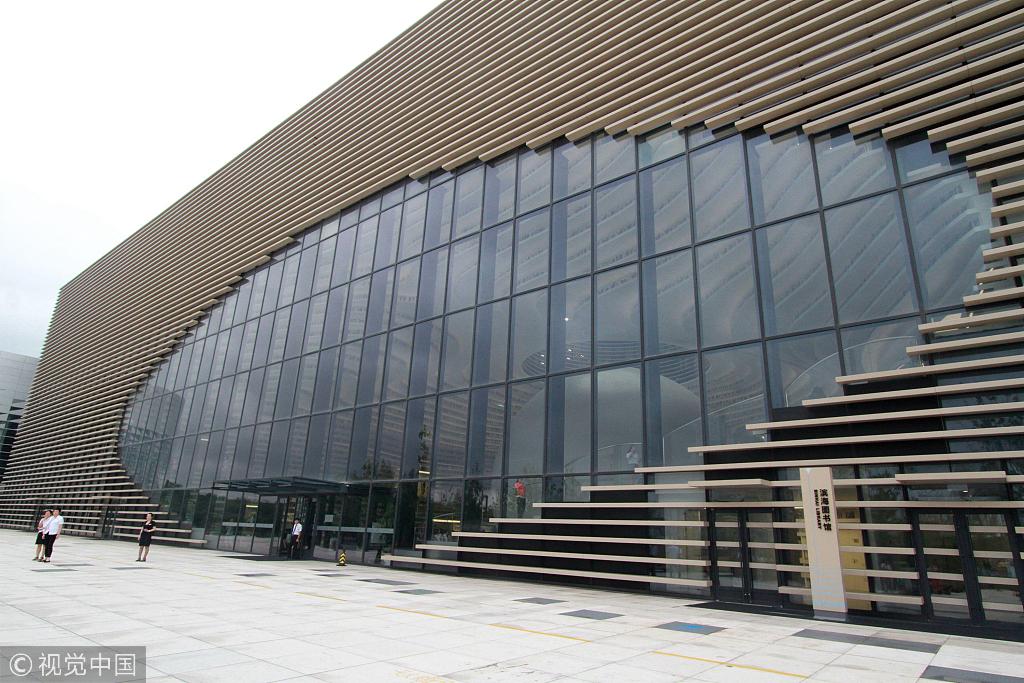 BoredPanda, a famous foreign photo site, hailed it as the "world's coolest library", saying that its internal structure “takes your breath away”, and Newsweek calls it every bookworm’s love. The Daily Mail called it the world’s "ultimate library". 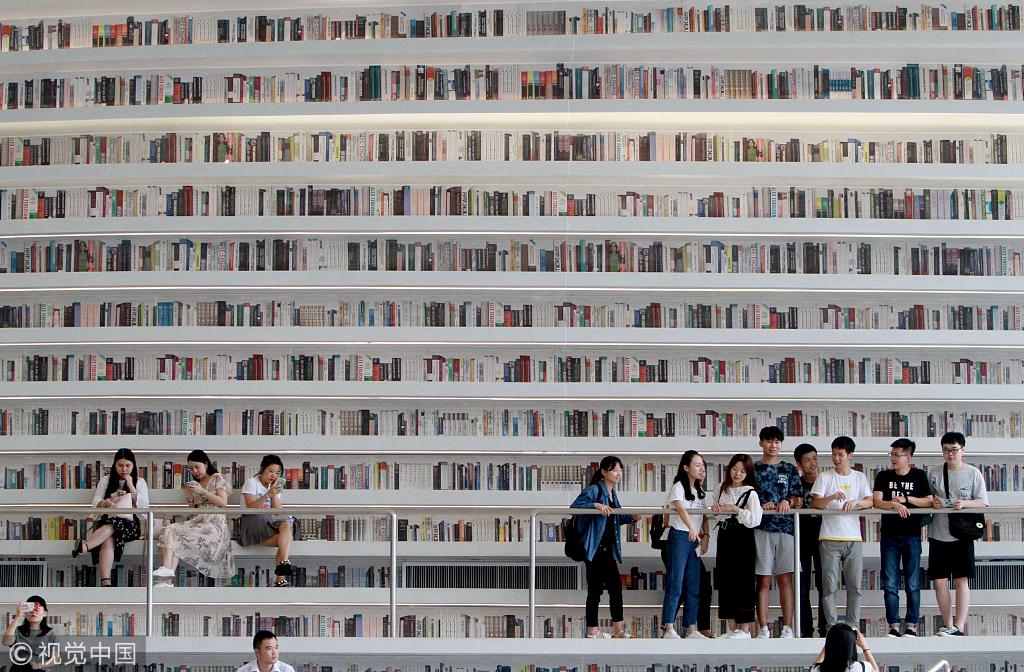 "The angles and curves are meant to stimulate different uses of the space, such as reading, walking, meeting and discussing. Together they form the 'eye' of the building: to see and be seen," said Winy Maas, co-founder of MVRDV, which co-designed the library.