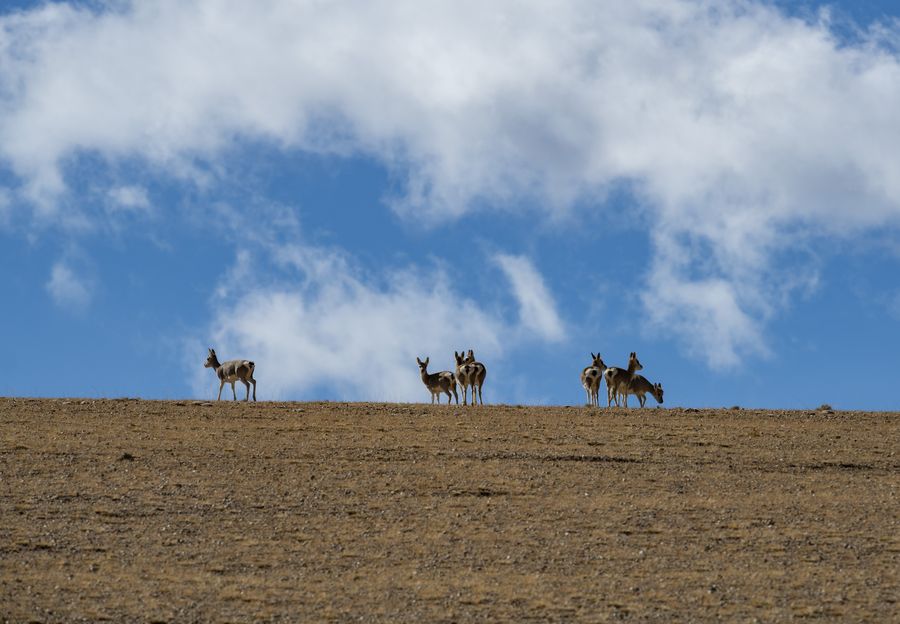 The population of Tibetan antelopes rose to approximately 300,000 in Tibet in 2020, according to a report on the region's ecological and environmental status in 2020.

The number of Tibetan wild donkeys, wild yaks and black-necked cranes respectively increased to approximately 90,000, 10,000 and 8,000.