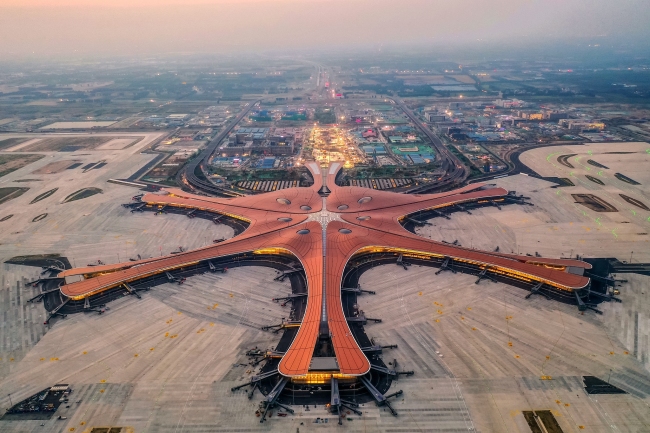 An aerial view of the Beijing Daxing International Airport on May 29, 2019. (File photo: VCG)

Tickets for flights at the new Beijing Daxing International Airport are now on sale on the official website of Chinese on-line travel booking giant Qunar. The airport is expected to start operation on September 30.

According to Qunar.com, passengers now can buy tickets for flights from Beijing Daxing to domestic cities such as Shanghai, Guangzhou, Chengdu and Kunming.

Tickets for international flights from Beijing to London, Helsinki, Casablanca and Kathmandu are also available.

Trial flights are now underway and will be completed by August 15.

All civil aviation operations of Beijing Nanyuan Airport, which currently serves as the secondary airport of the capital city, will move to the new airport when it officially opens on September 30.

The airport project was approved by the government in 2014 and construction work was completed on June 30 of the year.

It will serve as a major international hub airport in northern China.