Twelve provinces and autonomous regions have set a timetable to connect all their cities with high-speed rail after East China's Fujian province became the first to achieve that in September, Economic View reported. 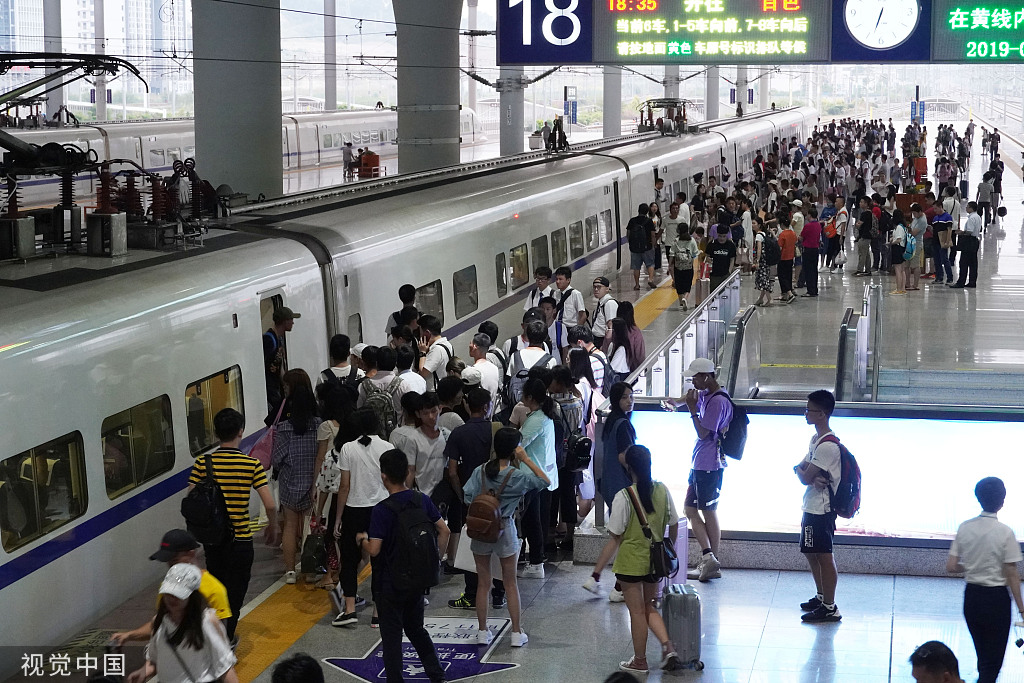 Passengers get on a train in Nanning, Guangxi Zhuang autonomous region, on Sept 30, 2019. (Photo: VCG)

Jiangsu province, also in East China, plans to connect its 13 cities by high-speed railway by the end of 2019. Henan, Guangdong, Guangxi Zhuang autonomous region, Liaoning, Anhui, Shandong, Shaanxi aim to achieve that in 2020, Hunan in 2021, Guizhou and Hubei in 2022, and Zhejiang in 2025.

During the past National Day holiday, Xi'an, Hangzhou, Nanjing, Suzhou, Zhangjiajie, Guilin, Huangshan, Zhangye, Lanzhou and Qingdao were the top 10 hottest destinations where travelers arrived by high-speed rail, according to a report by online travel agency Tuniu.com.

The length of China's high-speed rail lines has surpassed 30,000 km, ranking first in the world.

High-speed rail has sped up the process of China's urbanization and industrialization, and will help form an economic belt along the high-speed railway, Ding Ningning, a researcher with the Development Research Center of the State Council, said in a previous interview.