TRAVEL Top 10 most visited places in China in 2018

The increase in China's visa-free policy for tourists – from 72 to 144 hours – has made the country's top tourist spots more accessible to travelers. Along with new domestic and international air routes, the country is increasingly easier to get to and travel within.

For those planning to visit China in 2019, we've collected the top 10 most visited destinations in China this year according to Travel China Guide, and cover everything from the historical to the modern.

"He who has not climbed the Great Wall is not a true man." The Great Wall of China is one of the New Seven Wonders of the world with a history of more than 2,000 years. Stretching over 21,000 km, it was built in the northern part of China as a military project to defend invasions and was listed as a UNESCO World Heritage site in 1987. 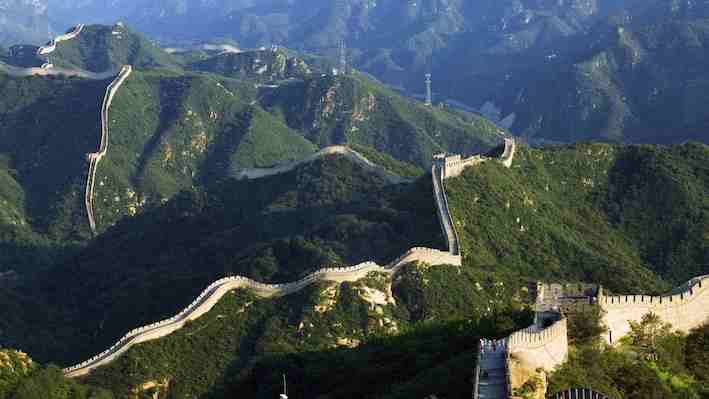 Comprised of multiple sections, tourists can choose all levels of difficulty for their Great Wall hike. Among them, Badaling is the most visited section with tourist flow reaching 70,000 per day in peak seasons. Juyong Pass, Mutianyu and Simatai sections are all close to the Beijing center with gorgeous scenery in different seasons.

Known as the Thousand Buddha Cave, the Mogao Grottoes is the best preserved and richest treasure trove of Buddhist art in the world located in Dunhuang County in northwest China's Gansu Province. 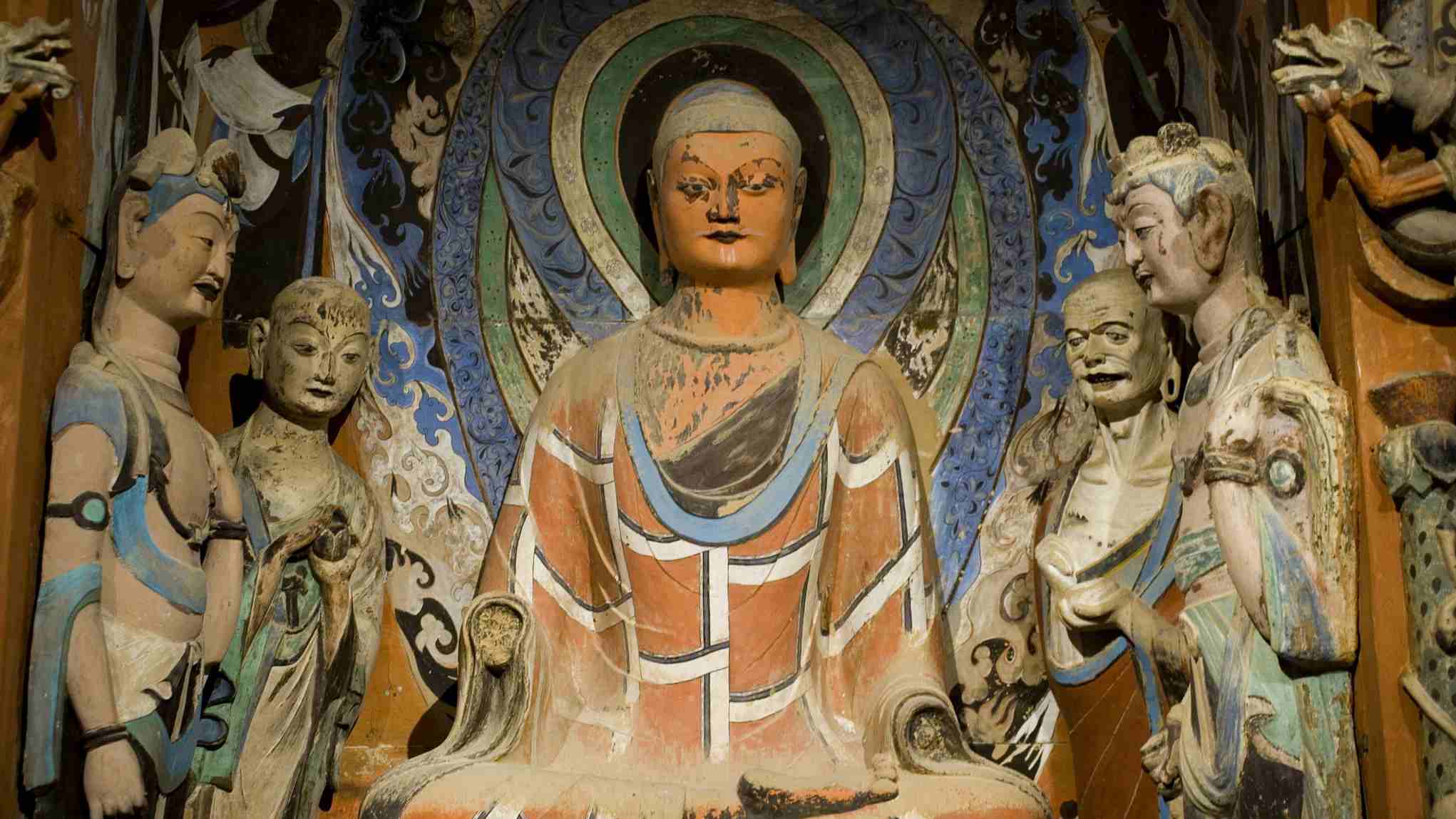 The 735 caves with over 2,400 color statues, 45,000 square-meter frescoes, and five wood eave structures are cut on cliffs that are 15-30 meters high. There are more than 200 caves with music themes, featuring over 4,500 pieces of 40 kinds of musical instruments. Dancing images can also be found in most of the frescos. The Mogao Grottoes were listed as a UNESCO World Heritage site in 1987.

Not until some farmers dug a well in 1974 were the Terracotta Warriors discovered in Xi'an City, northwest China's Shaanxi Province. Undiscovered for 2,200 years, the thousands of detailed life-size soldiers and horses are now known as the eighth wonder of the world and were listed as a world heritage site by UNESCO in 1987. 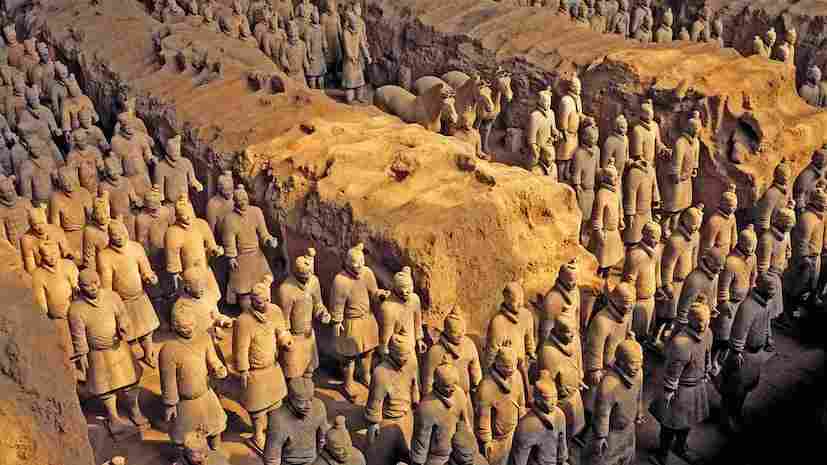 The Terracotta Army of nearly 8,000 warriors was constructed to accompany the tomb of China's First Emperor Qin Shihuang as his guards in the afterlife. He unified the country for the first time in Chinese history in 221 BC and established the Qin Dynasty (221–206 BC), starting China's feudal society for over 2,000 years. The warriors were modeled separately, assembled and then carved and painted. The excavated terracotta figures are in three major categories: infantry, cavalry, and charioteers, and are all in battle formation. For foreign visitors who want to know China's history and culture 2,000 years ago, the Terracotta Warriors is a must-see spot.

Standing at 3,600 meters above sea level, Potala Palace in Lhasa, the capital of Tibet Autonomous Region, is the world's highest ancient palace. The Potala Palace is the sacred place for Tibetan Buddhism and has been as a testament to the Tibetan people for centuries, attracting thousands of pilgrims and visitors from around the world. In order to protect the relics inside the Potala Palace, the number of visitors is limited to 2,500 per day during peak season from June to August. And to promote winter tourism in Tibet, the Potala Palace is open to the public free of charge from November 1, 2018 to March 15, 2019.

Located at the north of Tiananmen Square in central Beijing, the Forbidden City is the largest and the best-preserved ancient palatial structure in the world. It took over a million workers 14 years to build (from 1406 to 1420) the grand palace. Home to 24 emperors in Chinese history – 14 of the Ming Dynasty and 10 of the Qing Dynasty – the Forbidden City has been the imperial palace for 492 years. 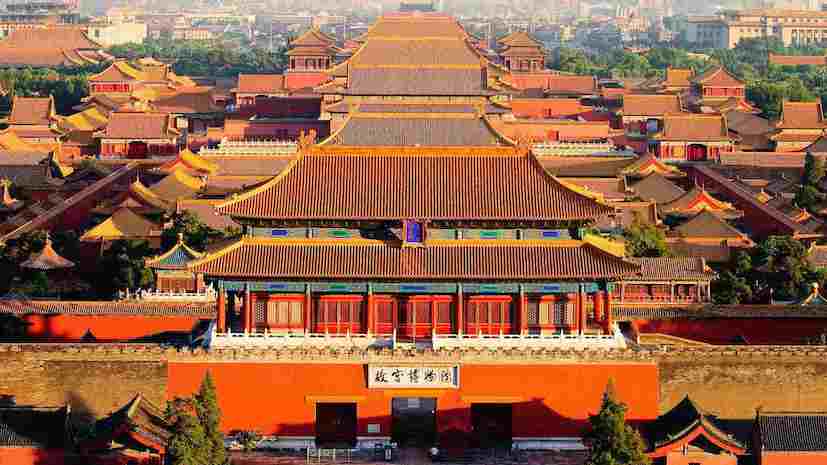 Listed by UNESCO as a World Cultural Heritage Site in 1987, the Forbidden City, now known as the Palace Museum, is one of the most popular tourist attractions worldwide. It welcomed its 17 millionth visitor this year on December 13, becoming the most visited museum in the world. It's recommended that visitors spend 4-8 hours touring around the palace to appreciate the imperial living and governing quarters, valuable artworks, and traditional gardens.

Shanghai's Bund is a living museum of the city's colonial history of the 1800s. The Bund is the most well-known landmark in Shanghai stretching 1,500 meters long, from the Waibaidu Bridge to East Jinling Road. It is an ideal place to take a stroll and appreciate the stunning view of the dense high-rises intertwined with century-old buildings. 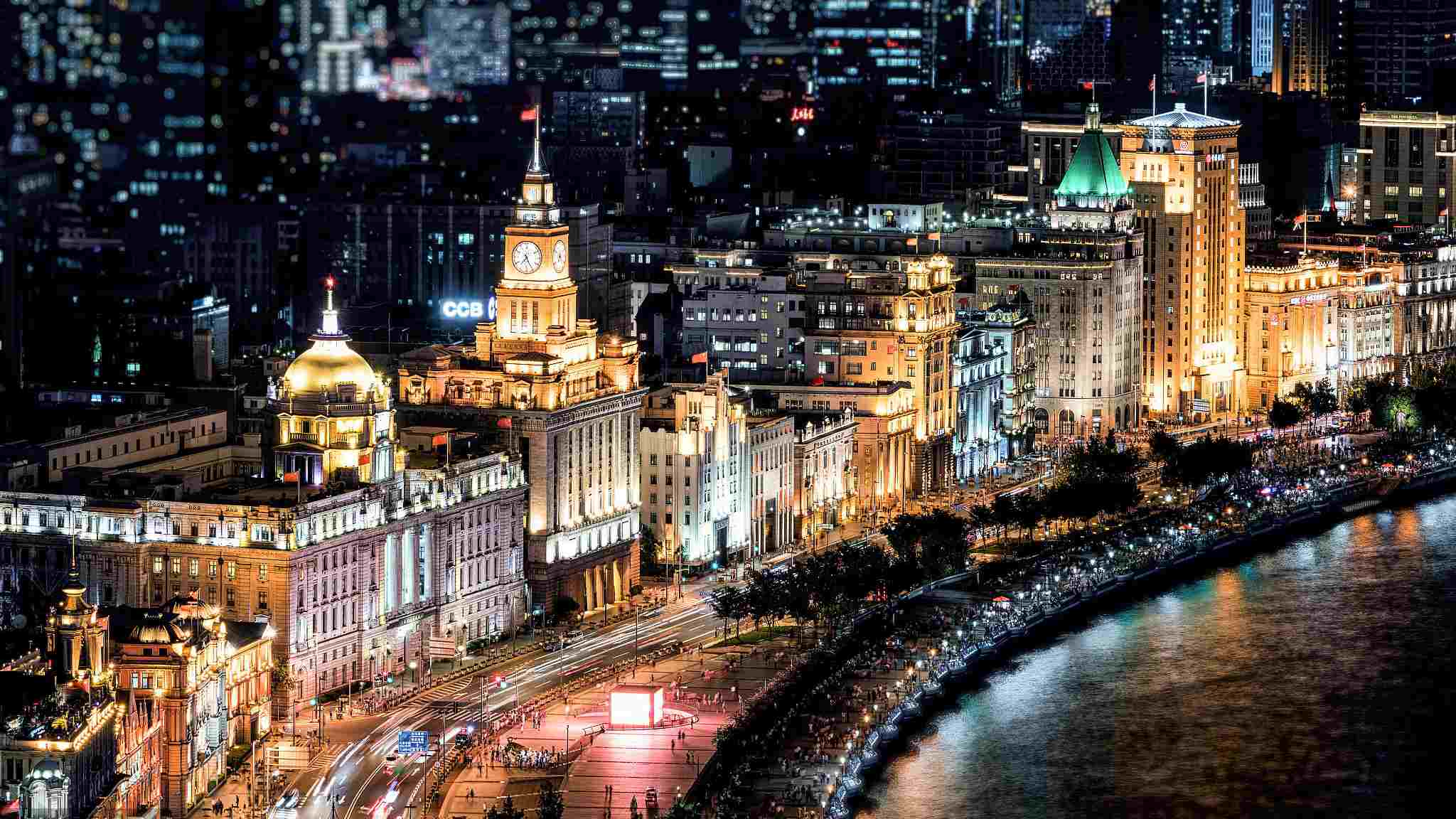 As night falls, the Bund shows its most attractive side as the lights on both sides are all illuminated. A night cruise along the Huangpu River will provide you with the best view point to appreciate the enchanting night view of Shanghai.

If you want to test your nerves, do not miss the Zhangjiajie Grand Canyon Glass Bridge, a UNESCO World Heritage site in central China's Hunan Province. Stretching 430 meters long and rising 300 meters above the valley bottom in Zhangjiajie National Forest Park, the bridge was formerly the longest and highest glass bridge in the world. 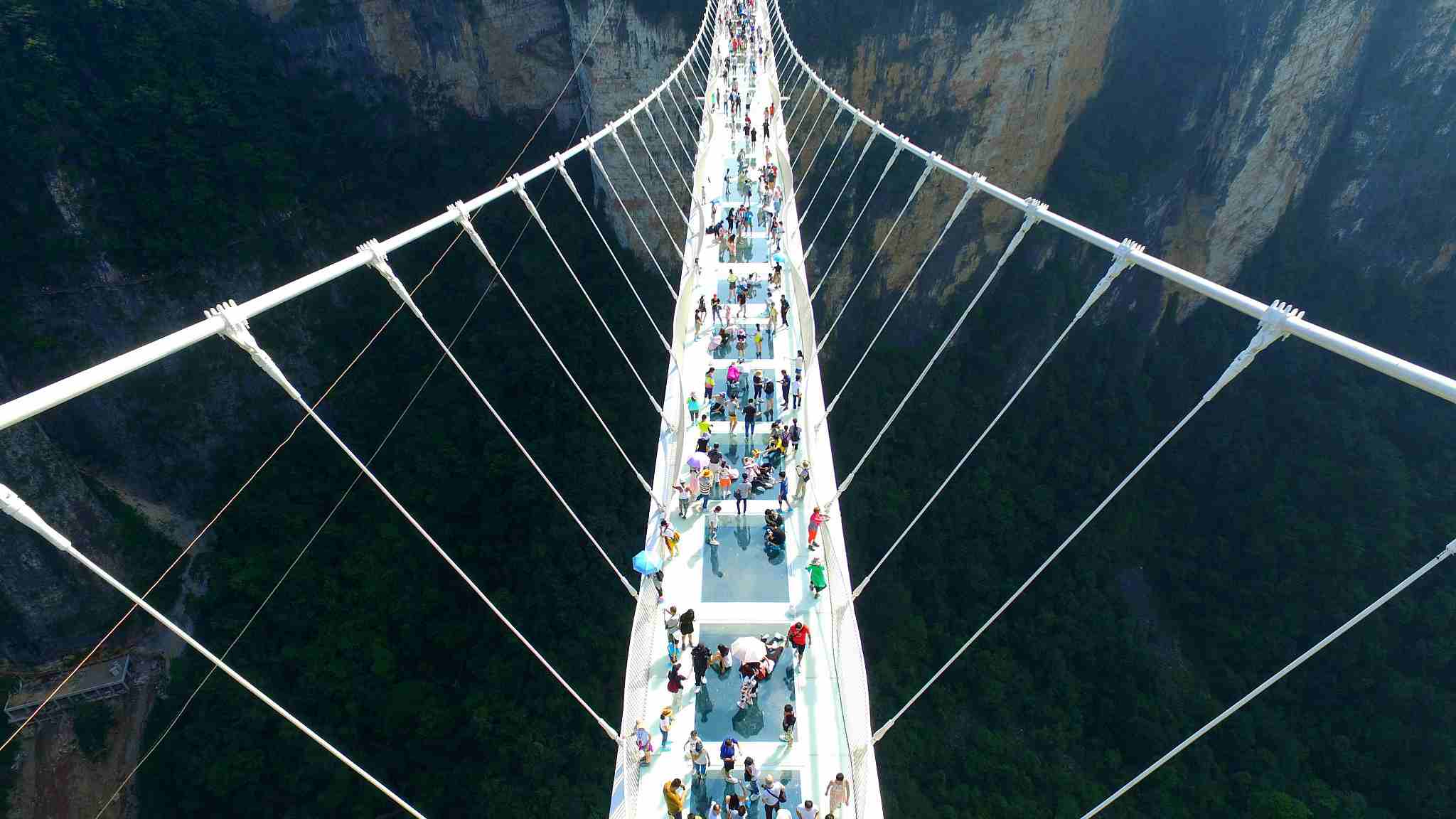 Taking a walk "in the sky" is definitely an amazing experience with lush green vegetation carpeting the surrounding mountains and valleys. If a skywalk doesn't satisfy thrillseekers, try bungee jumping and zip-lining on the bridge. For safety reasons, only 800 people are allowed on the bridge at a time and 8,000 visitors per day.

The much-anticipated 55-kilometer long Hong Kong-Zhuhai-Macao Bridge (HZMB), the world's longest sea bridge, finally opened to public in October this year after nine years of construction. HZMB has cut travel time between the three cities from three hours to 30 minutes, further integrating the cities in the Pearl River Delta.

Commuting between the three cities used to be complex and time consuming. But all you need to do now is to buy a shuffle bus ticket to tour around Hong Kong, Zhuhai and Macao.

Located in northeast Beijing, the 798 Art Zone is one of the new landmarks in Beijing urban culture, and is known for its unique art exhibitions and special creation workshops. It was awarded “one of the top 22 most famous landmarks throughout the world” by Time Magazine in 2003. Covering an area of 600,000 square meters, 798 Art Zone consists of many art galleries, exhibition spaces, artist studios, fashion shops, restaurants and bars. It's a place where history meets the future and dreams meets reality. A one-hour visit can give you a completely different perspective on modern Beijing.

As an ambassador for China, pandas are definitely one of the reasons to visit Chengdu, the capital city of southwest China's Sichuan Province. Foreign and even Chinese tourists flock to the research base and line up for hours just to take a look at this precious and adorable animal for seconds. 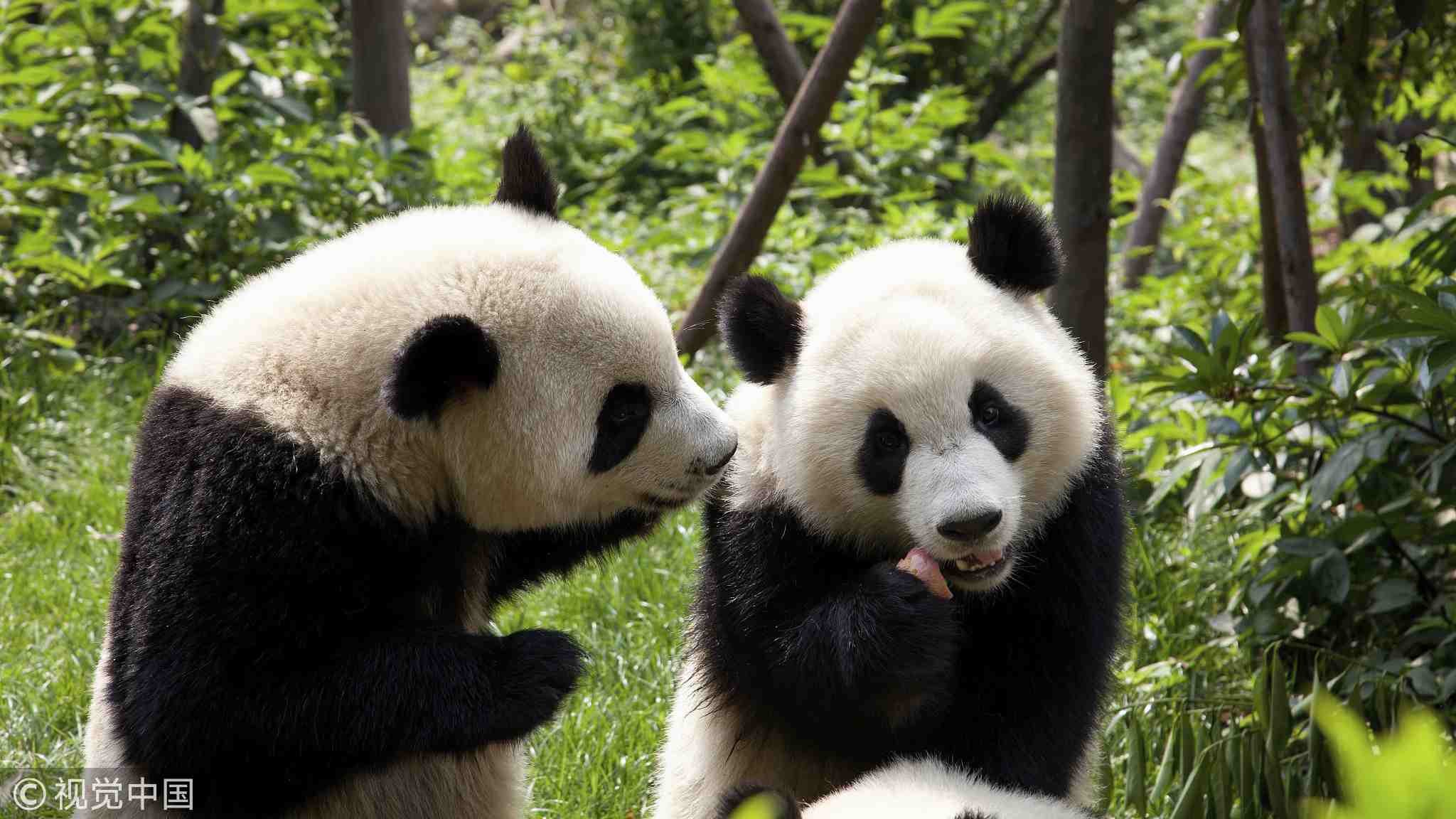 Chengdu will extend its visa-free period for foreigners from 72 hours to 144 hours from January 1, 2019, allowing transit passengers to stay in Chengdu for up to six days. Foreign tourists will have plenty of time to have visit the pandas and truly immerse themselves in the laid-back lifestyle of the city.