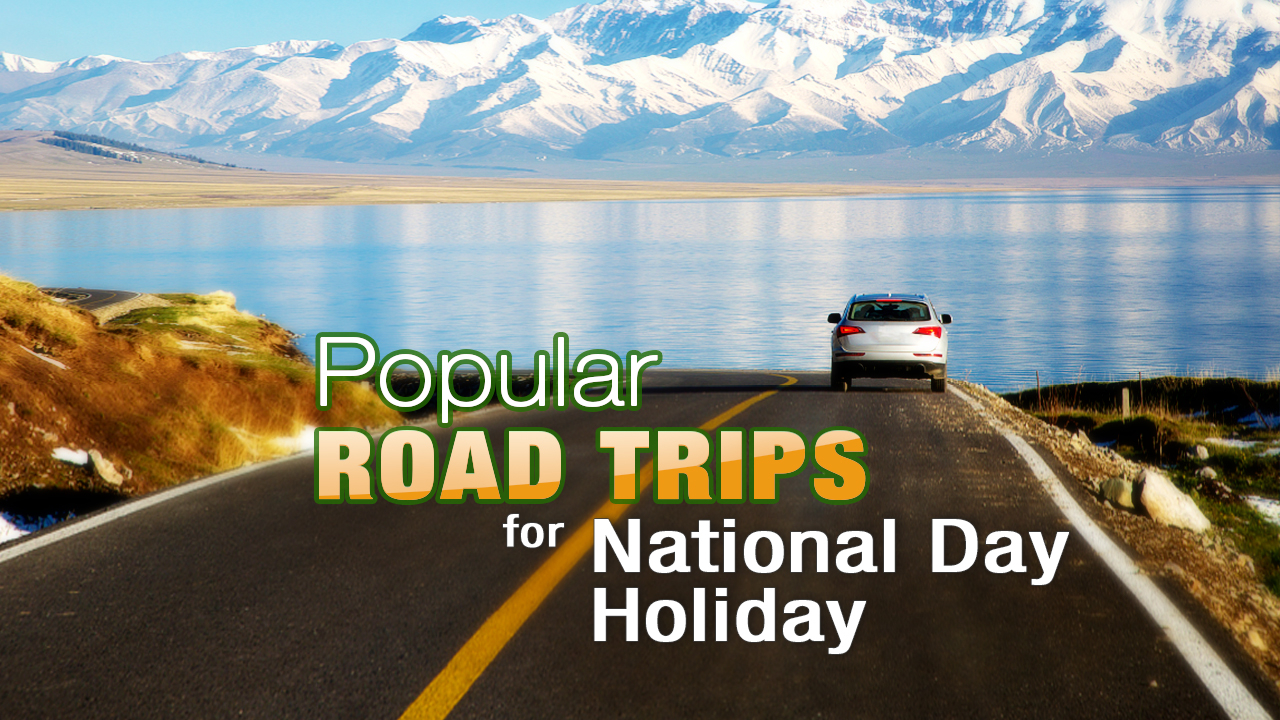 The week-long National Day holiday is right around the corner and it's time to pick a destination and start packing! With the rapid development of highways in China, an increasing number of people are showing interest in "self-driving tours" to enjoy their holiday in a more flexible and fun way.

Blue sky, turquoise water and boundless green grassland, Qinghai Province in northwest China is where you'll be able to have them all. Along with the mesmerizing landscape, it offers an escape from the hustle and bustle of big cities.

Xining, the capital city of Qinghai, lies on the northeastern part of Qinghai – Tibet Plateau with an altitude of 3,200 meters. It is a good place to start your three-day road trip as car rentals are easily found at Xining Caojiabao International Airport and the city's train stations.

After a four-hour drive, Qinghai Lake, the largest inland and salt water lake in China, stands right in front of you, and you might want to open your arms and enjoy a breath of fresh air. Apart from embracing the heavenly beauty, you can either stroll on the grass, ride on a yak, or catch a glimpse of the local Tibetan life.

About 150 kilometers away from Qinghai Lake and 298 kilometers from Xining, lies another tourist destination known as "mirror of the sky" — Chaka Salt Lake. As its name suggests, the snow-white lake bed and the crystal blue water against the azure sky make it a rare spot for photography.

Known as the "Chuan-Dian Line," this route links two popular tourist destinations – southwest China's Sichuan Province and Yunnan Province. Starting from Chengdu, you'll pass by Ya'an, a spot to meet the cute pandas, on your way to Daocheng Yading.

Yading National Nature Reserve is regarded as one of the few remaining pristine lands on earth. The American adventurer Joseph F. Rock once paid a visit here and wrote in his article, "where in all the world is to be found scenery comparable to that which awaits the explorer and photographer!"

Before arriving at Lijiang, you can make a stop at Shangri-La in the Diqing Tibetan Autonomous Prefecture of Yunnan, if time allows. The lofty snowy mountains, steep gorges and the bucolic villages always leave a lasting impression on visitors.

Lijiang is about three-and-a-half-hour drive from Shangri-La. The undisturbed natural landscape often take visitors' breaths away. Aside from the dream-like scenery, it also houses an old town that boasts diverse ethnic cultures and customs.

It's also recommended to drive further to the Lugu Lake to spend additional time with the splendid nature.

A road trip is a perfect way to explore the splendor of Xinjiang Uygur Autonomous Region in northwest China. The northern part of Xinjiang in particular is widely recognized for its heavenly beauty.

Heading north from Urumqi, the capital city of Xinjiang, you'll pass by Burqin County and Kanas Lake. Primitive villages can still be found there. Hemu Village, for instance, introduces you to a hidden Chinese fairyland.

On your way back to Urumqi, you can stop by the Nalati Grassland. Located at the foot of Tianshan Mountains and the east section of Ili River Valley, Nalati scenic spot, at an elevation of 1,800 meters, is one of the highest grasslands in the world nicknamed the "Sky Grassland.

The road trip in Xinjiang might take a longer time than other routes due to its vastness. It's hard to digest them all, but with the completion of the road trip, you might have some clues why it's been described as China's best-kept secret.