About 1,000 residents and expats experienced Shanghai's beauty, culture and glamour on foot, by double-decker sightseeing bus and cycling on Saturday as the city's tourism authorities released 40 themed tour routes stringing the essence of culture and tourism in 16 districts. 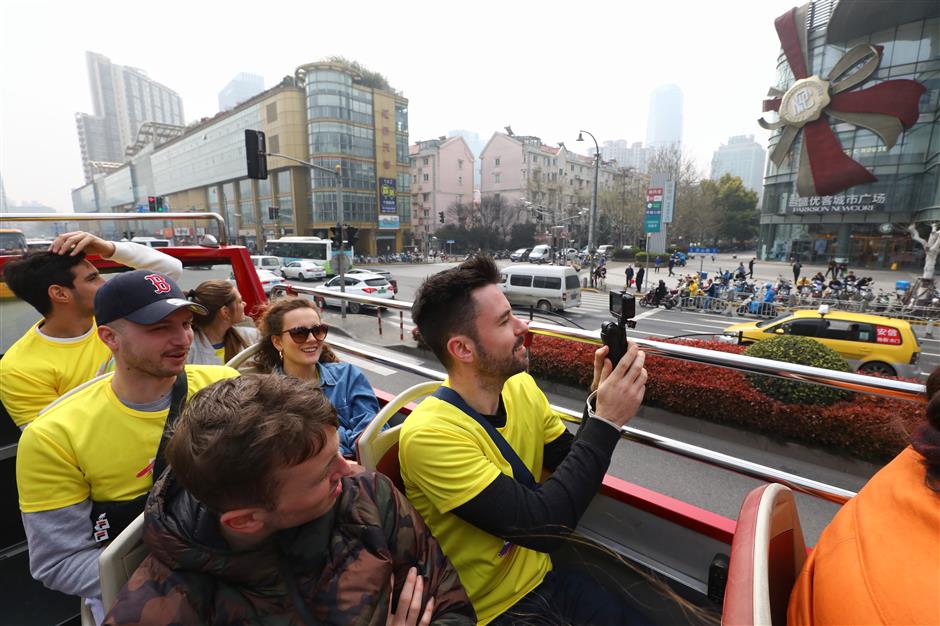 Expats took a double-decker sightseeing bus to the Changfeng Ocean World in Putuo District and Shanghai Museum in Huangpu District.

"It's really interesting to see Chinese culture at the Shanghai Museum," she said.

"Shanghai is a very beautiful city and I have never been to the Changfeng Ocean World," said Joy Sere Mvoi from Kenya, a student at Shanghai Jiao Tong University. "I am full of expectation for today's tour."

"Shanghai is one of the most amazing cities I have ever been, and it is quite impressive," said Yannik Julian Suessenguth from Germany.

"The people are really nice and I really enjoy living here. The Century Park is my favorite because I love nature."

"It is a nice trip and I love museums," said Josephine Bandry, a French student of Shanghai University. "I expect it to be full of history and culture." 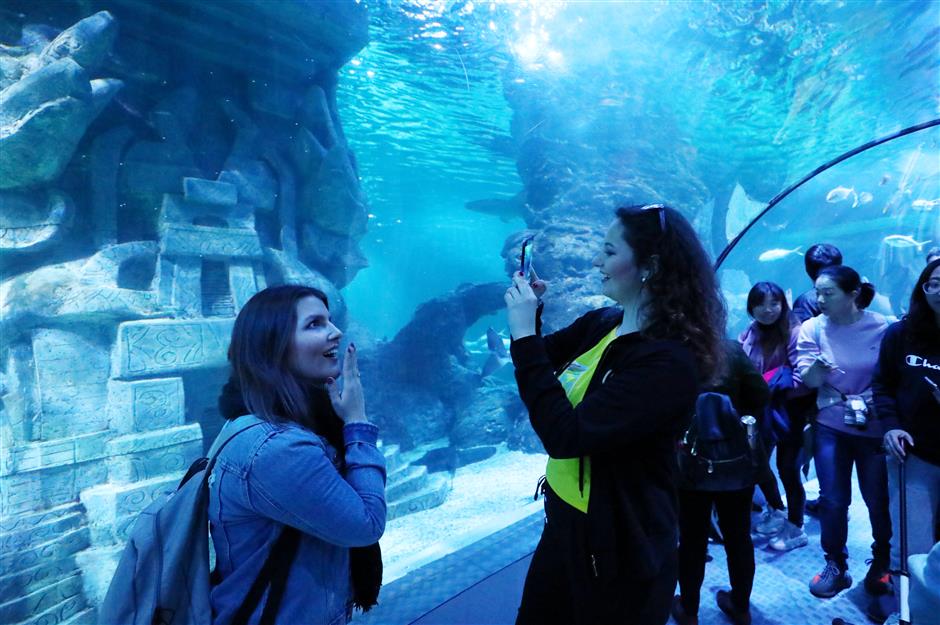 They range between half a day and two days in length, according to the administration.

Twenty-one tourist attractions including Shanghai Disney Resort and Shanghai Science and Technology Museum will offer discounted annual passes to tourists this year, the administration said during the launching ceremony.

QR codes have been set on 584 historical buildings in Shanghai so far, allowing tourists to access bilingual information and multimedia features on their smartphones.

The administration said it plans to include more buildings in the list this year.