Autumn is the most beautiful and popular season in Gaopo village of Huaxi district, Southwest China's Guizhou province. The Gaopo terraced fields change colour, melting into a golden hue, and have become a favorite place for photographers and tourists in China. 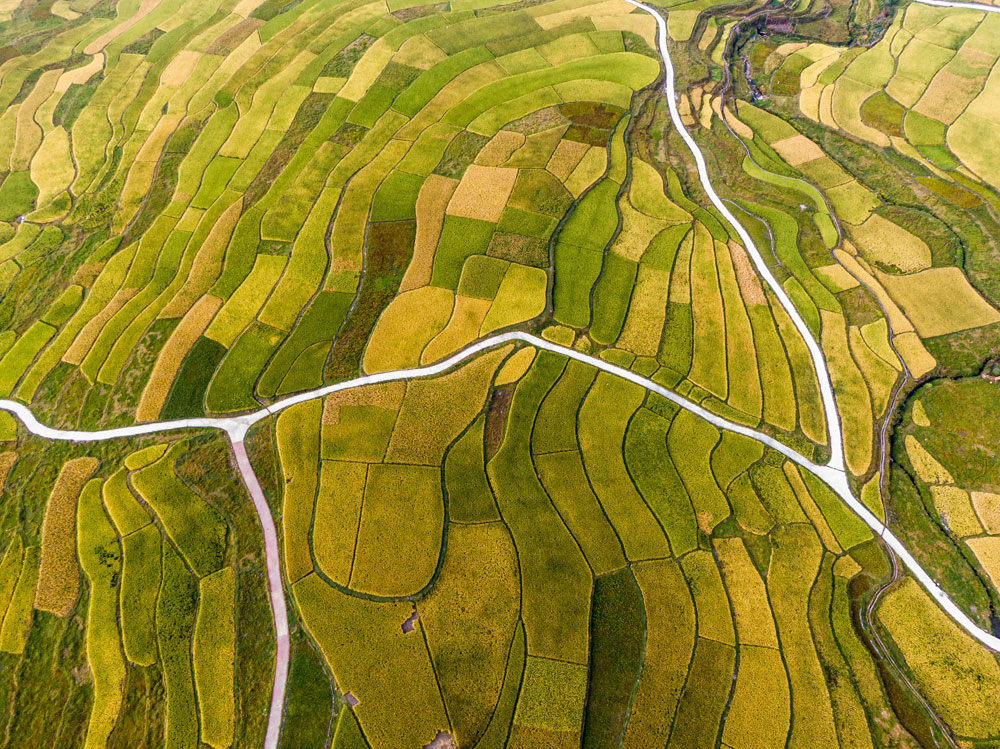 An aerial photo shows the scenery of the Gaopo terraced fields. (Photo: chinadaily.com.cn)

It is reported that the picturesque Huaxi district was added to a list of national tourism demonstration areas released by the Ministry of Culture and Tourism on Sept 4.