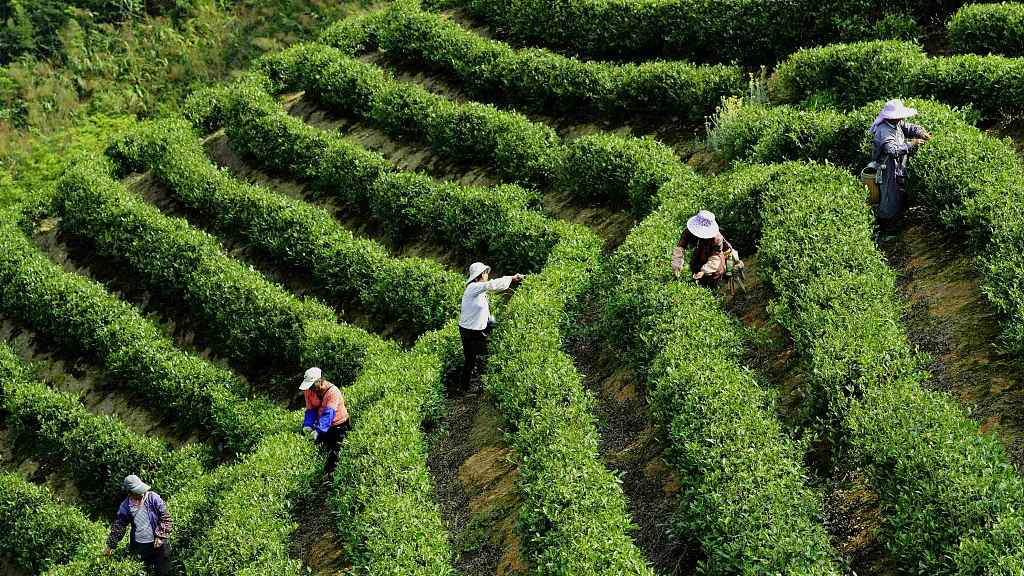 More than 80 million people have been lifted out of poverty in China in the last six years.

To reach the country's ambition of eliminating complete poverty by 2020, tourism development has played a key role in its poverty alleviation efforts.

The 14 contiguous poverty-stricken areas are among the poorest in China, but they are also the areas with the richest tourism resources. Taking advantage of these resources has been a key part of the efforts. Below are three cases that demonstrate ways in which China's poor areas have reduced poverty through developing its tourism sector.

Zhangjiajie in central China's Hunan Province is a well-known tourist destination at home and abroad. It's also a poverty-stricken area in China with four counties below the poverty line.

The development of new scenic areas, such as Wulingyuan, Mount Tianmen and Grand Canyon, has lifted 23,000 local residents out of poverty and has driven tourists from the globe to Zhangjiajie. A total of 24 new cultural and rural tourism routes have opened to the public in recent years.

Liupanshan National Forest Park in Guyuan City of Ningxia Hui Autonomous Region is called “Green Pearl” thanks to its ecological environment, which includes various kinds of insects, animals and plants, along with a profound historical and cultural heritage.

However, Guyuan was of the poorest areas in China. People there had long been troubled by perennial droughts, barren land and job scarcity. China in 2000 established the Liupanshan Tourism Poverty Alleviation Experimental Area, the first of its kind in China. Since then, remarkable progress has been made in the ecosystem and tourism with the support of the central and local governments.

Yejia Village, with more than 1,400 people in 137 households, is a must-visit spot for tourists visiting Liupanshan National Forest Park. Ten years ago, one-third of the people in the village did not have enough to eat. But now, with the rapid development of tourism, the village has 78 farm stays, with the most profitable one earning a net profit of more than 500,000 yuan (74,600 U.S. dollars) last year, reported local media.

"At present, we are integrating the natural resources, red tourism resources and cultural resources of Liupanshan Mountain area to establish a 5A scenic spot, and drive more poor people in the area to get rid of poverty as soon as possible," said Wang Zhou, chairman of Ningxia Liupanshan Tourism Group.

Nanshan tea scenic spot is a typical representation of the integration of local tea culture and tourism. The scenic spot integrates five core functions: sports, leisure, vacation, research and sightseeing photography. It has attracted nearly 10,000 tourists to enjoy the gorgeous scenery of tea garden during the Golden Week holiday in 2018.

In recent years, the county has implemented the tourism poverty alleviation strategy, relying on its unique charm of its natural landscape, tea culture, and ancient towns to show off to tourists.

Zhaoping has also developed its e-commerce market to sell tourism-related products, such as handicrafts and local specialties.