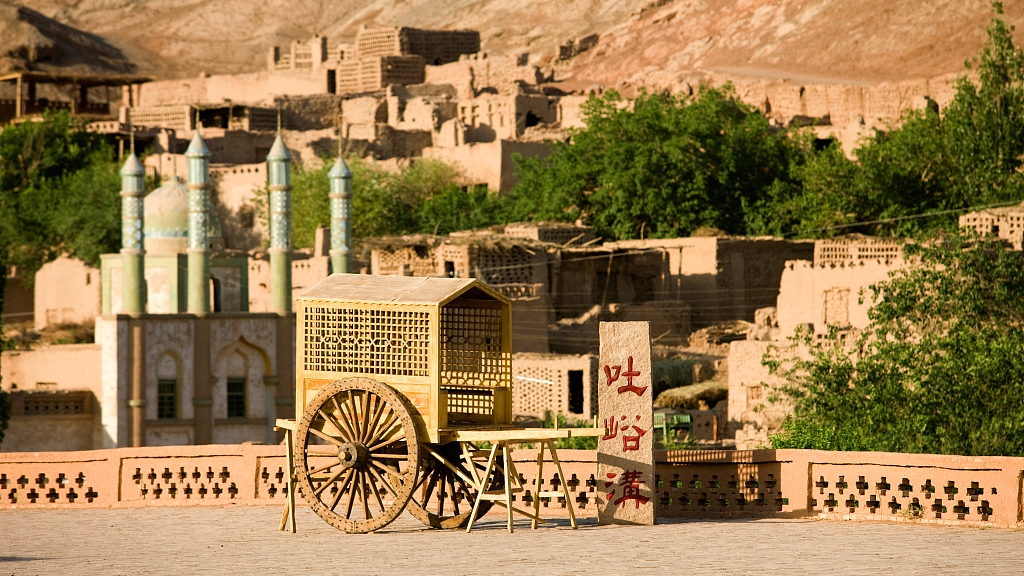 China is currently on its way to eradicate poverty in rural areas by the end of 2020. Of the various methods to achieve it, developing rural tourism has proved to be quite effective in driving the regional economy and improving rural livelihoods. And Xinjiang Uygur Autonomous Region in northwest China is no exception.

Xinjiang, a land of 1.6 million square meters that boasts sublime landscapes, distinctive ethnic charms and fascinating food culture, knows how to make an impression on visitors. Over the years, this beautiful place has drawn millions of tourists from home and abroad and is still on many travelers' bucket list for mysterious adventures.

Earlier in 2016, the regional tourism bureau launched a five-year project to boost the tourism sector, aiming to get 300,000 people out of poverty by 2020. And its rich tourism resources have served the purpose well.

Tuyoq: A shift from a poor village to tourist attraction

The ancient village of Tuyoq, located at the foot of the Flaming Mountain in Shanshan County, was barely known to the outside world. Some called it a mysterious place in western China. Home to 1,380 households, all Uygurs, it used to be one of the poverty-stricken villages in Turpan.

But things are different now. By developing rural tourism businesses, it has lifted all of its poor households out of poverty, and become one of the 68 tourism demonstration spots in Xinjiang, according to the regional Poverty Alleviation and Development Office.

The shift from a poor village to a tourist attraction wasn't easy though. It involved quite a lot of efforts, from improving infrastructure and cleaning the environment to building shops, homestay properties, food streets and a variety of facilities for events and agritainment.

As the tourism industry progressed, more locals were able to find jobs at tourism-related businesses with necessary training provided for them. A total of 132 women in the village, 63 of them from poor households, were offered courses to learn cooking and catering at that time, according to local authorities.

In addition, various events with local characteristics, such as the Apricot Blossom Festival, were then held to attract travelers. In 2018, a swimming pool was built at the foot of the Flaming Mountain, which can hold 2,000 people per day.

Tourism has played an "extremely important" role in helping China's impoverished families shake off poverty, Vice Minister of Culture and Tourism Li Jinzao said on Saturday at a press conference.

Li added that between 17 and 20 percent of the poverty-stricken population in China have been lifted out of poverty by tapping into the strength of local tourism resources.

In 2020, Xinjiang plans to invest 880 million yuan (124.3 million U.S. dollars) in the construction and upgrade of tourism service facilities across the region, while at the same time, carry on the epidemic prevention and control efforts, according to the local authorities.