Experts have expressed confidence in seeing a brighter future regarding tourism and aviation cooperation between China and Asian and African countries at a forum during the China International Travel Mart in Shanghai on Monday. 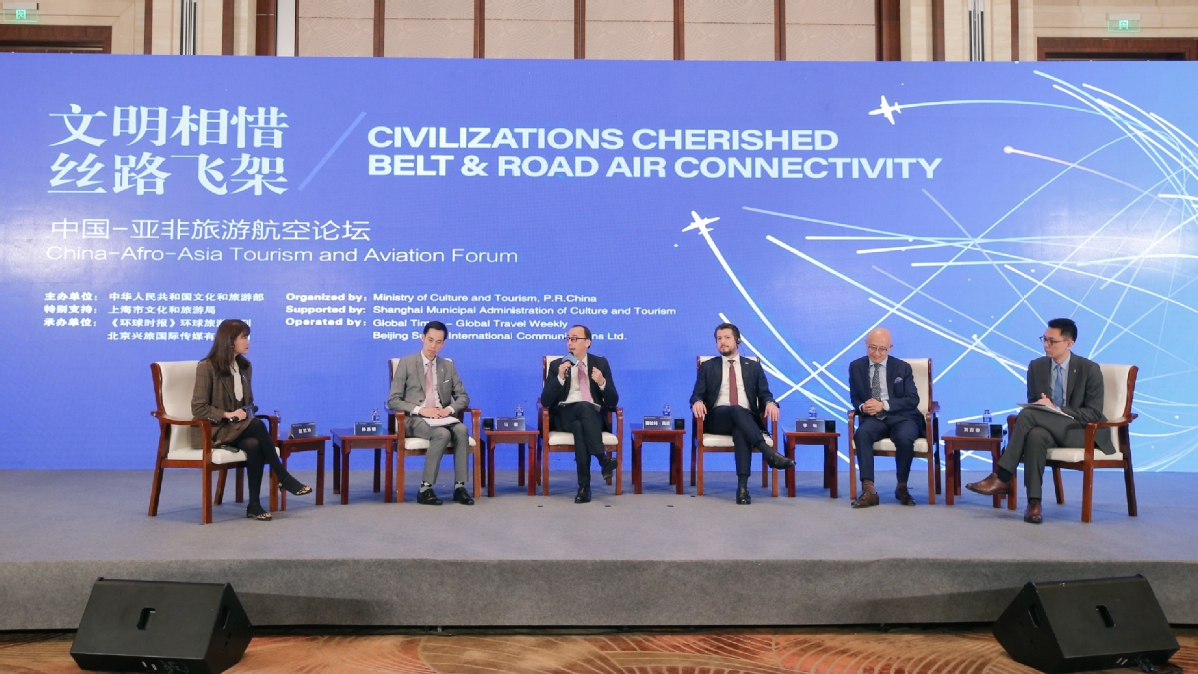 Experts express optimism about tourism and aviation cooperation between China and Asian and African countries at a forum during the China International Travel Mart in Shanghai on Monday. (Photo provided to chinadaily.com.cn)

Around 100 professionals and government officials in the field participated in the forum.

Feng Litao, deputy director-general of the international exchanges and cooperation bureau of the ministry, pointed out that tourism resources between China and countries in Asia and Africa are different, and this has created huge potential for cooperation.

Rashed Alqemzi, consul-general of the General Consulate of the United Arab Emirates in Shanghai, said that despite the COVID-19 pandemic, the strong recovery of domestic tourism in China, as demonstrated during the National Day Holiday in October, has brought optimism for the future of tourism when a vaccine has been developed.

Chan Cheong Eu, general manager for Qatar Airways China, said the company resumed its weekly flights to Guangzhou since late July, and estimated that it will resume flights to 120 destinations globally by March.

Serhat Gok, general manager of Turkish Airlines' Eastern China branch, said the company has resumed 80 percent of its flights and is hoping to open a new route to Xi'an, Shaanxi province.

Adam Li, vice president of Emirates Airline China, said the company has built a transportation station that meets the strict temperature and humidity requirements for COVID-19 vaccines in Dubai. This station will allow more people get vaccinated and embark on international travel in the future.