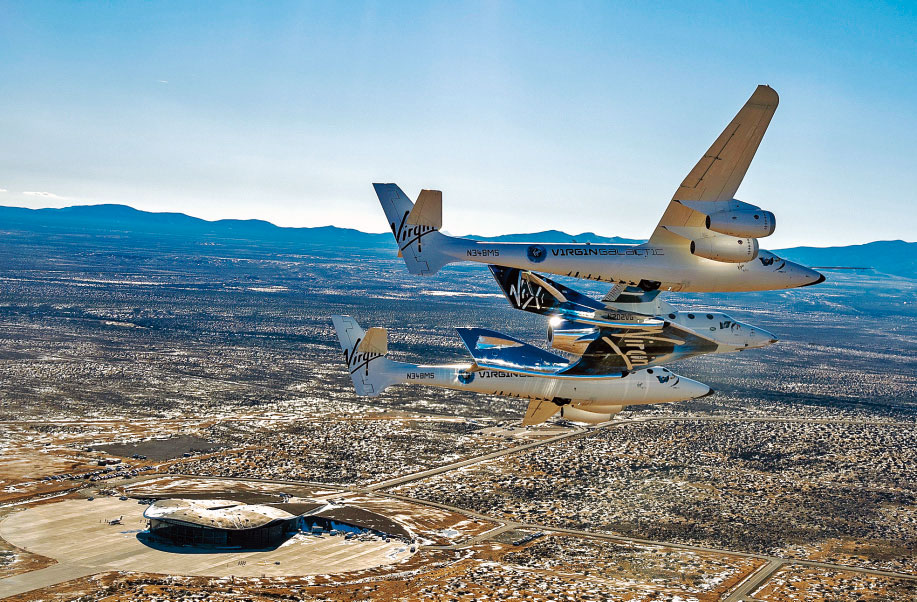 Virgin Galactic is to release more tickets for its first flights into space amid growing demand.

The company is planning to make its first commercial space-tourism flights within the next year, and took a step toward resuming ticket sales for the tours expected to cost upward of $250,000.

Richard Branson's brand said it has received nearly 8,000 registrations of interest, more than double the number it had received by the end of September 2019.

The company announced its "One Small Step" qualification process on Wednesday allowing those who are serious about going into space "to register now and be front of line for firm seat reservations, once they become available".

The California-based business said it would begin taking $1,000 refundable deposits as it prepares to release the next batch of tickets to the general public.

Virgin Galactic launched in 2004 and sold about 600 tickets until it closed for sales in 2017－creating a community of "future astronauts".

The company says ticket sales in the second round will cost more than the first round but in the long term they will be "striving to make the cost of traveling to space progressively more affordable".

Stephen Attenborough, Virgin Galactic's commercial director, said the company has been "encouraged by the ongoing and increasing demand for personal space flight".

Meanwhile, the Independent reported that the company had finally started preparing to start operations at Spaceport America in New Mexico after years of developing and testing its commercial spacecraft at the Mojave Air and Space Port in California.

The global space industry is set to generate revenue of more than $1 trillion－by 2040, according to investment giant Morgan Stanley.

And Elon Musk's SpaceX and Jeff Bezos's Blue Origin are also in the race to send tourists into space.

Virgin Galactic is the only publicly listed space tourism group, having floated on the New York Stock Exchange in October.

It completed its first successful suborbital test flight in 2018 and its stated goal is for its VSS Unity to reach 80.4 kilometers, a height at which passengers would experience weightlessness while still seeing the curvature of the Earth.

The company reported a larger-than-anticipated loss when it reported fourth-quarter results on Tuesday, although the interest from prospective customers in the company's future space flights continued to climb. The quarterly results showed a net loss of $73 million.

CEO George Whitesides told shareholders that the company's main goal this year is to safely fly founder Richard Branson to space. And he declared that Virgin Galactic generating significant revenue this year is not what will make the company a long-term success. Instead, he pointed to a focus on flying safely.