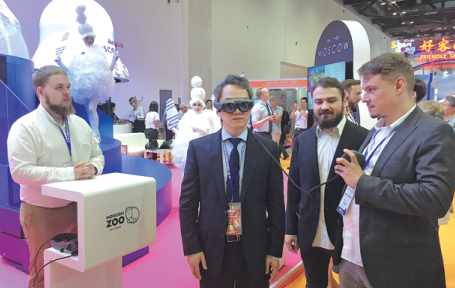 Chinese travelers' wanderlust has driven tourism companies from across the globe to vie for their attention.

Approximately 1,000 of the biggest players in the tourism business from around China were joined by their counterparts from more than 80 countries and regions to show what they have to offer at the Beijing International Tourism Expo on June 18.

"I want to meet travel agencies from China because I want tourists here to know more about our country," says Veneta Stefanova Raykova from the Club Mondo travel agency, which is based in Bulgaria's capital, Sofia.

Raykova heard about the Beijing tourism expo from friends in the travel industry, who she says have forged cooperative relationships with Chinese tourism operators through similar expos in China.

"We are very interested in the great potential of the Chinese tourism market," she says.

Last year, the number of Chinese outbound travelers reached 149.72 million, a rise of 14.7 percent compared to the previous year, the Ministry of Culture and Tourism reports.

Raykova's travel agency has prepared a package of tours that will enable Chinese travelers to enjoy the best of what Bulgaria has to offer and presented them at the expo.

"Bulgaria is very beautiful and shares certain similar cultural traits with China, so we should have good connections with Chinese travelers, "Raykova says.

Previously, Club Mondo only organized tours for Chinese visitors on a diplomatic level, but it now wants to attract ordinary Chinese travelers.

Raykova says her agency is aiming to reach 100,000 Chinese travelers in the near future. 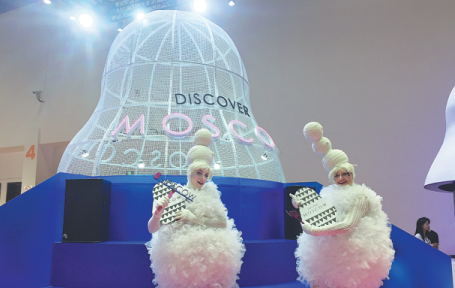 The Beijing International Tourism Expo has been hosted annually since 2004 by the Beijing Municipal Bureau of Culture and Tourism. It aims to present quality tourism products from both home and abroad to travelers, as well as boost cultural and trade exchanges between China and the world.

The three-day expo covers an area of 22,000 square meters and showcases distinctive cultural and tourism products at favorable rates for both public and professional buyers.

Visitors can also enjoy art performances, snacks and interactive experiences at one of the 400-plus booths to help them see the range of exotic destinations on offer.

In addition to travel agencies, other tourism industry players such as hotels, insurance companies and designers made their presence felt at the expo.

"We hope to bring together all the parties involved in the tourism industry and develop more products that suit travelers' needs in leisure, study and health tourism," says Wang Yue, deputy director of the Beijing Municipal Bureau of Culture and Tourism.

Wang says the local government also hopes the expo will help draw more attention to Beijing, which is a major center for tourism.

The organizers say the Beijing expo complements the China International Fair for Trade in Services that was held from May 28 to June 1 in the capital.

Tourism service consumption has accounted for nearly 25 percent of the total volume of retail sales in Beijing, Wang says.

"I believe there's still a lot in Beijing's tourism resources that need to be developed, and a great number of travelers' needs are yet to be met, "Wang says.

A special section was set aside to display products for senior citizens at the expo.

"We hope it will help to raise awareness, especially among tour providers, so that products can be developed to meet the increasing travel needs of seniors," Wang says.

Moreover, a focus was placed on attracting inbound travelers at the expo.

More than 120 international buyers from 65 countries, mostly from Europe and the Americas, were invited to explore tourism business opportunities.

The number of European exhibitors at the expo significantly increased this year, with France, Ireland, Bulgaria, Slovakia and Malta all making their expo debut, joining now-regular attendees like Indonesia's Ministry of Tourism.

Having attended the expo for the last two years, this year Indonesia rolled out 10 new tourism destinations to woo Chinese travelers, including Lake Toba, Tanjung Kelayang and Kepulauan Seribu.

The goal is to help Indonesian travel agencies, hotels and airlines to build relations with their Chinese counterparts, Dewantho adds.

"We achieved good results at the expo last year," he says.

Indonesia is aiming to attract 3.57 million Chinese tourists this year, according to Dewantho, and trips to new destinations are already available through major Chinese travel agencies.