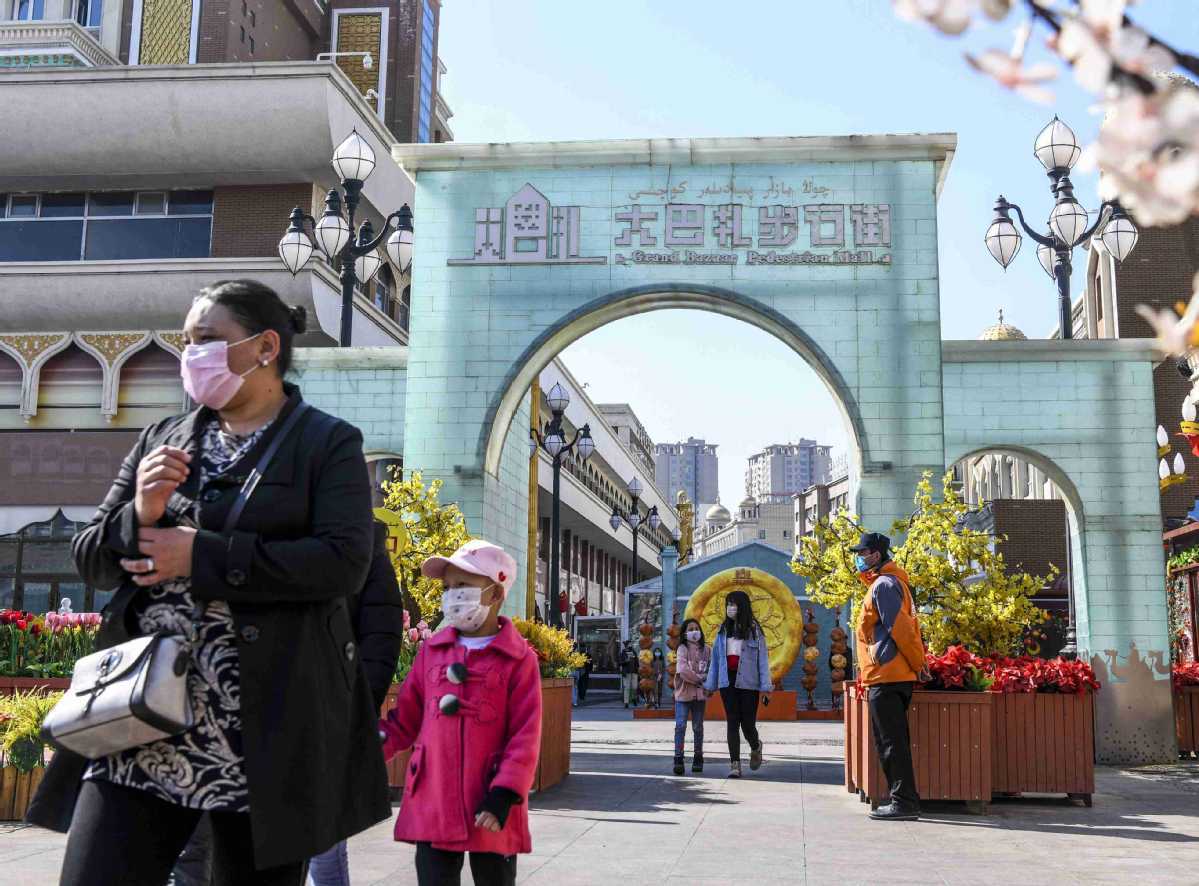 Most popular trips are one-day tours, weekend getaways to nearby regions

Many people in China who have been forced to stay at home for more than two months because of the novel coronavirus outbreak can finally step out of doors and take trips, as the country resumes work and production nationwide.

The domestic tourism sector, one of the hardest-hit segments during the epidemic, is warming up, with the most popular trips recently being short-distance one-day tours and weekend getaways to nearby regions. Chinese travelers are also showing increased caution and demanding higher safety requirements.

With spring in full bloom in most parts of the country and temperatures rising, many are eager to hit the road. So far, about 4,000 tourist attractions nationwide have already reopened, with nearly half being A-level top sightseeing spots.

With the COVID-19 pandemic worsening overseas, a number of domestic destinations are becoming popular options for Chinese travelers. Renowned scenic areas such as Jiuzhaigou Valley in Sichuan province as well as Mogan Mountain and Thousand Island Lake in Zhejiang province have reopened.

Some scenic attractions saw the number of travelers on the weekend of March 21-22 surge five times compared to the previous weekend, according to Qunar, one of China's largest online travel agencies.

"With the Labor Day break from May 1 to May 5 approaching, the number of online searches into taking trips during the holiday has surged. May is expected to become the first peak travel period of the year, especially in some areas with low risk of the contagion," said Gou Zhipeng, vice-president of Qunar.

The local governments of Jiangsu, Yunnan, Sichuan, Gansu, Henan and Shaanxi provinces－as well as Chongqing and Shanghai municipalities－said their travel agencies are able to resume some operations for local tours.

According to a recent survey of 1,000 Chinese travelers on the Chinese mainland by New York-based management consulting firm Oliver Wyman, 77 percent would consider domestic destinations for their first trip after the epidemic subsides. Moreover, 56 percent would be willing to spend more on travel than before the outbreak.

In terms of outbound trips, Asian countries remain attractive as destination choices for Chinese travelers, with 57 percent saying their first post-epidemic overseas trip would be to an Asian country.

"These results exceeded our expectations, particularly in regard to Chinese consumers' willingness and eagerness to once again take trips. We look forward to the country's consumer market restoring its prosperity," said Jacques Penhirin, partner and the head of China retail and consumer goods practice at Oliver Wyman.

On the flip side, 40 percent of respondents said they had canceled all travel plans or planned to travel less this year. They were either worried about the resurgence of the virus, or needed to make up for lost work or study time.

Katie Sham, an Oliver Wyman principal and the lead of the study, added that people prefer self-driving tours over buses, which is expected to increase demand for car rentals and customized tour services.

"Players in the tourism industry should therefore seize upon these opportunities by quickly developing products and services that provide customized tour plans and unique local experiences, including trying authentic local food and drinks, and taking part in special activities," Sham said.

Regarding hotels, as of March 22, 70.8 percent of hotels in major cities on the Chinese mainland had resumed operations.

Meanwhile since mid-March, flight booking volume from business passengers continued an overall rise, and the proportion of young travelers is growing fast.

"The recovery of the air travel sector usually starts with business travel. But the current increase is not enough to indicate that the air travel market is on a steady rise," said Lan Xiang, another vice-president of Qunar.

"The comprehensive recovery of the sector needs to wait for the resumption of flights in and out of Hubei province, and some clear signals, such as the removal of the 14-day passenger quarantine measures for those who travel internationally. Only until then will regular passenger flows begin to occur," Lan said.

Guangzhou, Shenzhen, Hangzhou and Shanghai are the cities with the largest increase of outbound passengers.

Du Ni, a 30-year-old bank employee in Beijing, said she went to a park in Beijing to view the cherry blossoms there during a recent weekend.

For the Labor Day break, she said she might take a self-driving tour to suburban Beijing, but no further, and it still depends on the development and control of epidemic conditions in the city.

He Wei contributed to this story.