Travelers book trips for May holidays but stay close to home 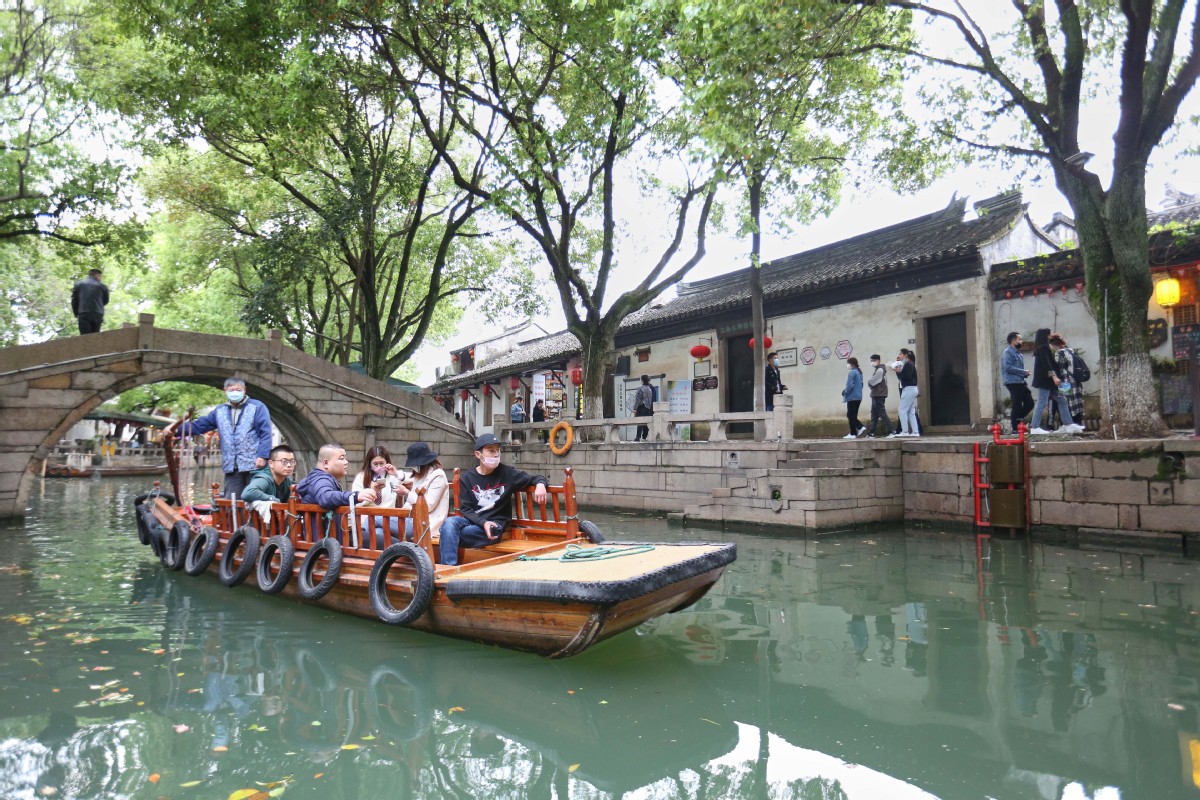 Tongli town in Suzhou, Jiangsu province, is usually a popular tourist site during the Labor Day holiday in May. (Photo: China Daily)

More Chinese travelers have booked trips that are within three hours driving distance ahead of the five-day Labor Day holiday in May.

Farmyards where tourists can cook a barbecue, bed-and-breakfast homestay villages, and various resorts are the most popular accommodations.

With the coronavirus outbreak steadily receding in China, travelers are confident about stepping out again by taking short trips to neighboring areas.

More than 80 million people are expected to travel during the May holiday, and the number will be double that of the three-day Tomb Sweeping break in early April, according to China's largest online travel agency Trip.com Group.

Traveling abroad though has come to a standstill as the epidemic has hit other countries and regions. Instead, the focus has shifted to domestic trips.

Nationwide, the hottest destinations include the Taiping National Forest Park in Shaanxi province, the Mutianyu Great Wall in Beijing, the Huangshan Mountain in Anhui province, and the Wuyi Mountain in Fujian province.

Those who have booked four- and five-star hotels accounts for 55 percent of the total, Trip.com found.

In the past week, the number of hotel bookings in Tianjin municipality surged 70 percent over the previous week. Beijing, Tianjin, and Hebei province announced they would recognize the health status of people commuting in the region to help facilitate travel, said Beijing-based online travel service provider Qunar.

Safety, sanitary conditions and contactless services are the key buzzwords that travelers search for the most, Qunar found.

"Many families have rented SUVs and business vehicles online. Given the freedom, cleanness and privacy, car rentals have become one of the fast-growing business segments," said Gou Zhipeng, vice-president of Qunar.

"Recreational vehicles that include living quarters have become more prevalent for the Labor Day holiday. Some camping bases in suburban Beijing have been largely reserved," he said.

Still, traveling by RV remains a niche sector in China, and many people lack enough understanding of the style points for such a trip.

In fact, the offering of camping bases and other related infrastructure has been quite mature in the country, and a regular Class C driver's license in China will allow one to drive most RVs.

The rental price of a homemade RV is wallet-friendly, and the rental market is mature. RV trips are foreseen to be more prevalent in the next few years, said Xu Yang, brand director of Jiangsu Jinghang Automobile Co Ltd, China News Service reported.

Targeted support policies introduced in many places across the country have brought vitality to the tourism market.

More than 20 provinces and cities, including Huzhou in Zhejiang province and Changzhou in Jiangsu province have issued travel vouchers to local residents.

Sightseeing spots should be opened in a limited, orderly manner with the number of tourists not exceeding 30 percent of the maximum approved capacity to prevent a recurrence of the epidemic, the Ministry for Culture and Tourism and the National Health Commission said.