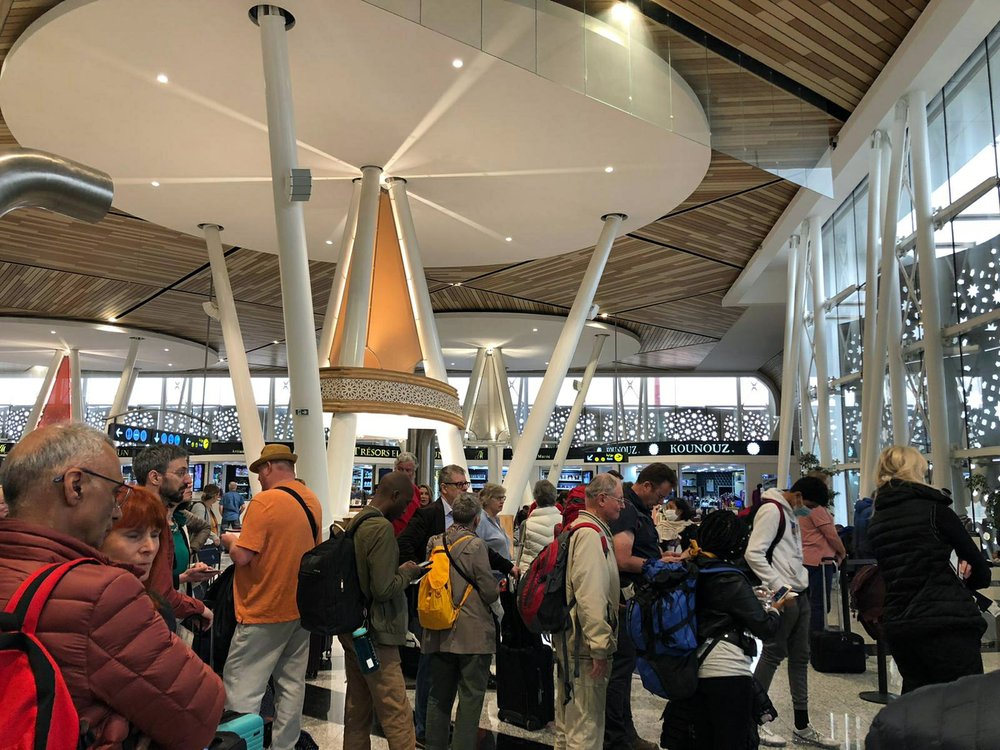 Passengers line up to board one of the few flights out of Morocco in Marrakech, Thursday, March 19, 2020. (Photo: AP)

Foreigners stranded in locked-down Morocco are getting on evacuation flights Friday as governments try to repatriate their citizens after days of travel frustration.

Visitors from around the world have found themselves stuck in Morocco since the North African country suspended all international passenger flights and passenger ships to and from its territory beginning Sunday.

The US government announced special chartered flights for US citizens leaving Friday, after growing complaints from several hundred American students and tourists scattered in cities around Morocco.

Some have been sleeping on floors in the Marrakech airport, or holed up in one of the last hotels open in Rabat. Some say they are running out of blood pressure pills and other medicines.

The French government had repatriated 13,000 of its citizens by Thursday, and is working on getting up to 7,000 more out.

“Last flights for France,” the French ambassador tweeted Friday to French citizens, sharing information on where seats are still available. France is the biggest source of tourists in Morocco and has deep economic and cultural ties to the North African country reaching back to colonial times.

American tourists and students told The Associated Press on Thursday that the US government had done little to help them, and they were forced to seek guidance from other governments or find their own way home despite limited escape routes.

The US ambassador tweeted a video promising to help, and the evacuation flights were announced overnight.

There are stranded travelers of all nationalities around the world, but evacuation assistance and guidance has varied widely from government to government.

Morocco’s Interior Ministry declared a health emergency late Thursday, barring anyone from being outside except for going to work or to shop at groceries or pharmacies, and requiring that they present a document to justify their movement to police. In its latest figures, Morocco lists 63 confirmed coronavirus cases, including two deaths.