TRAVEL Traveling against holiday rush encouraged as Chunyun draws near

Traveling against holiday rush encouraged as Chunyun draws near

While it is most often the case for Chinese people who work or study in large urban areas to leave for their smaller hometown across the country for a family reunion, they are encouraged to choose a reverse route this year. 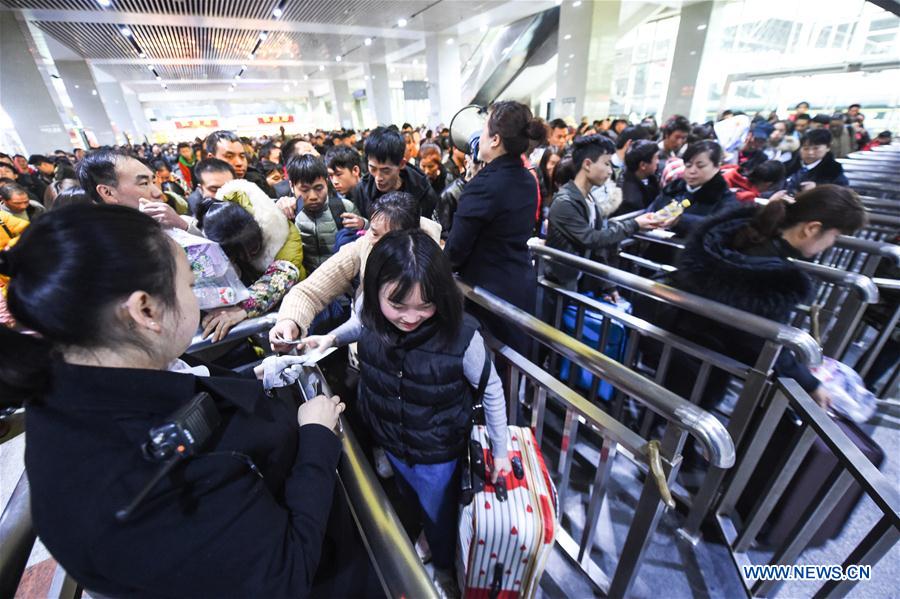 According to a guideline jointly issued by the National Development and Reform Commission and other six departments on Wednesday, those who choose a reverse route against the travel rush during Spring Festival, known as Chunyun, will enjoy a discount on train tickets. Reverse route refers to people from small towns coming to big urban areas for family reunion instead of people going from urban areas to small towns.

The usage of electronic tickets should be promoted in some pilot areas, the rail routes newly opened by year-end should be brought into use, and low speed trains should be sufficient to meet basic travel needs for travelers, the guideline highlighted.

In major airports, electronic boarding passes should be promoted so passengers can board planes more efficiently.

The transport capacity in rural areas should be strengthened, to make sure rural residents can enjoy more convenient transportation during Spring Festival, the guideline read.

Large and medium-size passenger cars and school buses should be strictly inspected to prevent overloading, drunk driving and other illegal acts from happening.

Any disruption of the transportation order and any behavior that could put public safety at risk, such as blocking car doors, or forcibly occupying a seat on trains or buses, will be punished, according to the guideline.

This year’s Chunyun will begin on Jan 10 and last till Feb 18, and it is estimated that the travelers during the period will reach around 3 billion, a slight increase from the previous year.

Passengers choosing to travel by road, by train, by air and by water during the forthcoming Chunyun are predicted to reach 2.43 billion, 440 million, 79 million and 45 million, respectively, according to the guideline.