Traveling with pets: No-deal Brexit would make it far harder 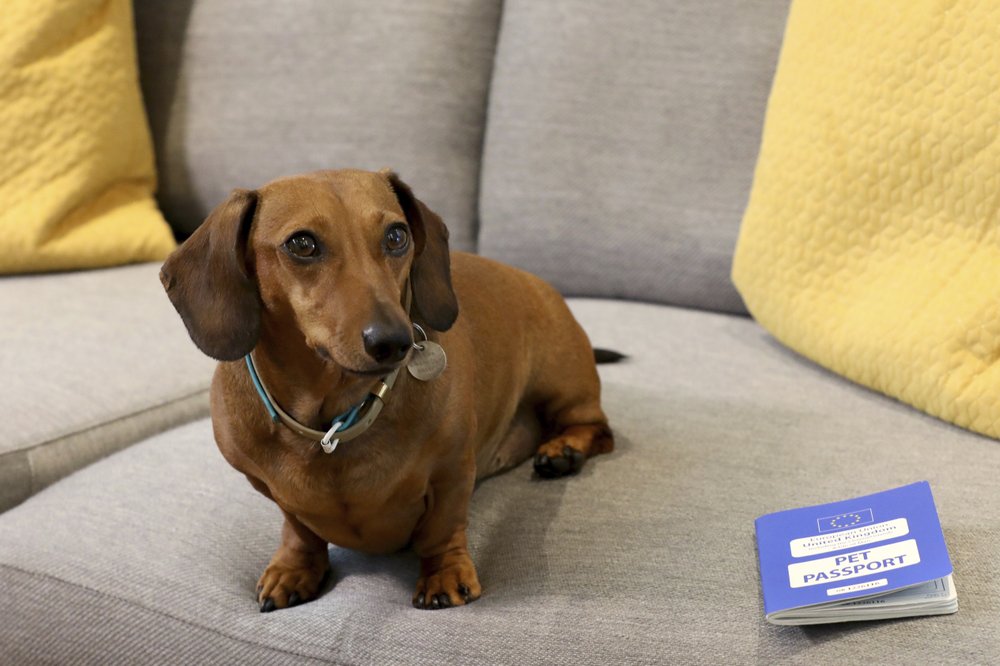 All across Europe, families and couples on vacation are seamlessly crossing borders with their beloved dog, cat or even ferret, thanks to the European Union Pet Passport scheme. Now, as a no-deal Brexit looms as a possibility for Britain, free pet travel is under threat.

If the UK leaves the European Union on Oct. 31 without a divorce deal — which is increasingly likely under new Prime Minister Boris Johnson — that could result in Britain being chucked out of the pet passport program. And that would hit pet owners on both sides of the English Channel.

Some 250,000 British cats and dogs are taken to the EU on holiday by their owners every year. In 2017, the British government issued over 90,000 pet passports to veterinary practices in the UK.

Dave Kent, who has relied on guide dogs for 40 years, says the prospect of more paperwork and long waits is alarming.

“It’s not like you can leave your dog behind if you’ve got some business or a holiday in Germany or the Netherlands or Italy, or anywhere else in Europe,” he says. “You can’t just suddenly go to those countries and rent a guide dog.”

In order to vacation in Europe now, British pets need a passport, a rabies vaccine and a microchip. After three weeks, they are cleared to go. Before returning home, animals get a tapeworm tablet from a veterinarian. If the pets’ vaccinations are kept up to date, the passport is valid for three years.

Before European pets had their own passports, animals arriving in Britain from the EU had to be quarantined for six months.

The thought of returning to a more complicated system is a worry for pet owner Mark Elsden in Newhaven in southern England, who is used to vacationing in France with his dog Alfie.

“There’s no consistency, no information, no certainty about what’s going to happen,” he says.

In practice, that means that the process of preparing a pet for travel would quadruple.

“If you’re looking to travel, you need to see your vet at least four months before the date of travel,” says Daniella Dos Santos from the British Veterinary Association.

A pet still needs the microchip and the rabies vaccine, but it also needs a blood test at least thirty days after the vaccine. If the pet passes that test, owners need to wait three months before they can travel, bringing the whole timeline to at least four months.

Then, Dos Santos says, pet owners need additional certification to leave the country — export health certificates — so that’s another visit to the veterinarian. Pets will also need a new health certificate for each trip to the EU.

On top of that, pet owners would be able to travel the EU from only a select few entry points.

Katherine Sofoluke has a passport for her miniature Dachshund called George, with whom she recently toured central France.

“Some people probably think it’s ridiculous, but to us, George is part of the family,” she said.

Traveling with the Dachshund also means Sofoluke doesn’t have to pay costly kennel fees or find a dog sitter. But that may be the simpler option if the Pet Passport scheme is replaced with a more complex system.

“If it becomes a really arduous task, for kind of a week or two abroad, it’s not worth it,” she said.

British authorities say they are talking to guide dog associations to help them prepare, but that is cold comfort for Kent, who finds the situation utterly confusing.

“It’s a real dog’s dinner in my opinion, and one that I don’t think my dog would even want to eat.”