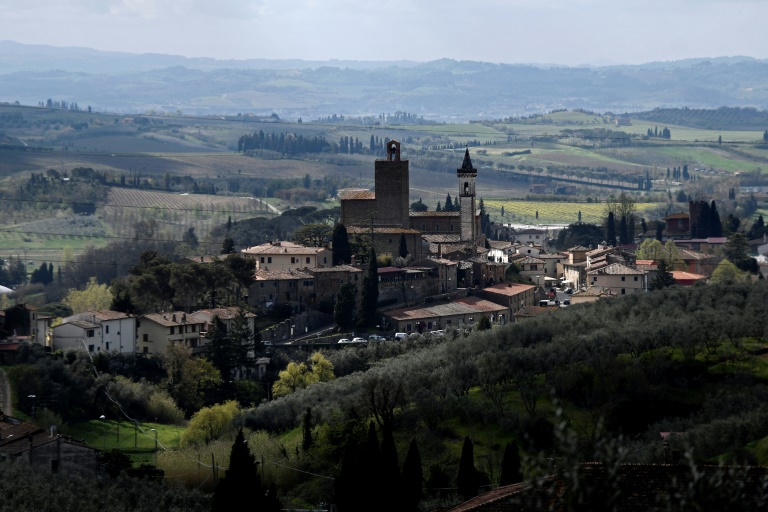 The landscape of Vinci was a rich source of inspiration for the prolific artist and inventor. (Photo: AFP)

Butterflies flutter around centuries-old olive groves in Vinci, the Tuscan village where Leonardo da Vinci was born and honed his inventor skills as a child by studying the local flora and fauna.

Locals preparing to mark the 500th anniversary of Leonardo's death say little has changed among the vineyards, lush fields and brooks that appeared in his art.

The Renaissance polymath, whose most famous works include the Mona Lisa and The Last Supper but whose vast range of talents is legendary, drew lifelong inspiration from his humble rural upbringing, according to experts.

"The landscapes, impressions and interests that influenced Leonardo throughout his life remain almost intact," Roberta Barsanti, director of the Leonardian Museum of Vinci, told AFP.

"From his native house, set away from the village, we can still see the view he reproduced in 'Landscape', his earliest-known drawing, which he dated August 5, 1473," she said.

Born on April 15, 1452, from an illegitimate liaison between a notary and a teenage peasant girl, Leonardo was raised by his grandfather and uncle.

It was with them that he explored the surrounding countryside, studying and sketching insects, animals, plants and flowers.

The natural world was a rich source of ideas for the prolific and imaginative inventor, who designed machines that would only be built centuries later -- from tanks to telescopes, flying machines to scuba gear.

Da Vinci was fascinated by the mills around Vinci and the various rivers that fed them.

The Tuscan master, who left Vinci and moved some 30 kilometres (19 miles) away to the city of Florence as a teenager, would go on to study hydraulic energy and its mechanical applications, as shown in his many drawings on this subject.

Da Vinci, who would draw himself in self-portraits with a stern brow and flowing beard, also developed a passion for anatomy, architecture, music, painting and sculpture.

Experts say the rhythms of Vinci life -- and even the colloquialisms of the rural inhabitants -- echo throughout his later works.

"Leonardo is the expression of a territory. He has internalised many things about this land, starting with the world of peasants," said Nicola Baronti, president of the "Vinci nel cuore" (Vinci in the heart) association.

"When he draws his inventions, he uses the language of Vinci's peasants, and has thus immortalised terms still used in engineering world-wide," he added.

Tourists who visit Vinci can walk the paths he trod five centuries earlier, and gaze upon the same waterfalls or vineyards.

Baronti, a local history buff, said numerous devotees had been drawn to Vinci over the centuries, including many eccentric inventors who feel an affinity with the Renaissance pioneer.

A few years ago, he said, an American dressed all in white wandered the streets of the village claiming to be in contact with da Vinci, who died on May 2, 1519.

The village takes its name from the "Vinchio" willow tree, whose soft branches were used by farmers to tie their grape vines.

The pattern of the knots typical in Tuscany since the 11th century is a familiar artistic motif -- plaster peeling off the walls in a nearby church in San Pantaleo recently revealed the ancient design beneath.

"These interlacing threads, which recall the wicker braids specific to Leonardo's native village, can be found in his paintings, even on the corsage of the Mona Lisa," Baronti said.

"It is the master's secret signature, as if he were telling us 'I left, that is true, but this is where I come from'."