Typhoon-trapped Chinese tourists start to fly back home from Saipan 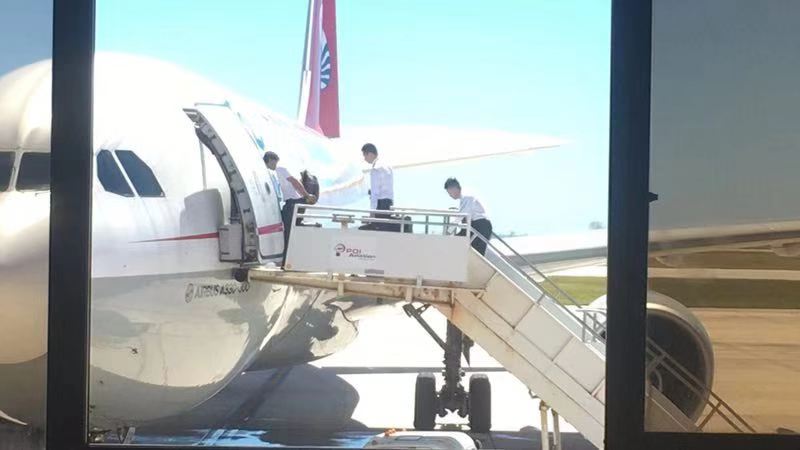 A charter flight of Sichuan Airlines arrived in Saipan on Sunday morning, which was the first Chinese flight inbound after local airport resumed from damage.

Yutu, which hit the island territories overnight on Wednesday, caused extensive damage to critical infrastructure on Saipan and Tinian islands, and displaced many families.

Local airport and port were shut down due to the damage. The airport reopened to civil airplanes on Sunday morning, but only allows six flights to pass through on Sunday due to infrastructure limitations. 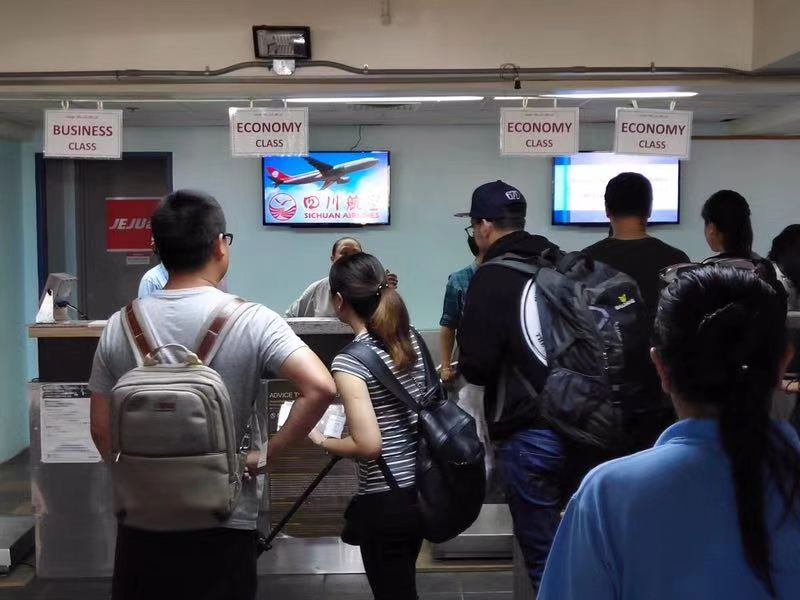 There were five flights of foreign airlines inbound on Sunday, according to airport schedule. Besides the flight from Sichuan Airlines, another three Chinese flights also arrived at Saipan International Airport to evacuate Chinese tourists, which were from China Eastern Airlines, Beijing Capital Airlines and Hong Kong Airlines.

Chinese tourists were very excited when they heard the news last night they could fly back home on Sunday, said Tom Liu, president of Saipan Travel Inc.. 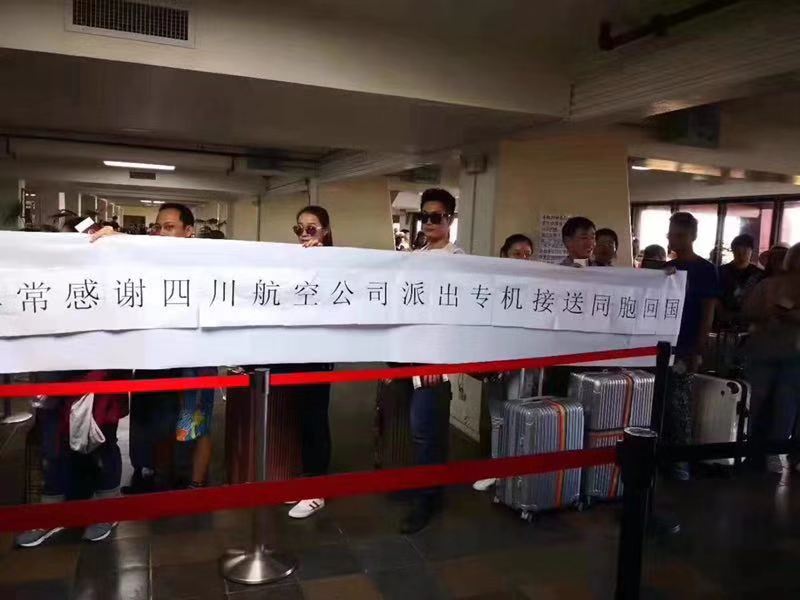 With sustained winds of over 270 km per hour, the powerful storm caused one death and several injuries, tearing up roofs and pulling down trees and power lines in the Marianas.