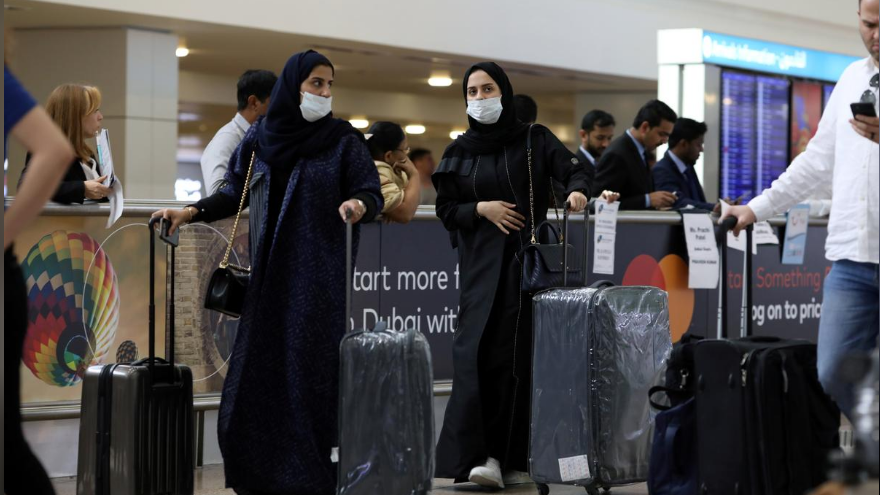 Attractions such as the Louvre Abu Dhabi museum and the Ferrari World theme park will be closed from March 15-31, the Abu Dhabi Government Media Office said, while the country's civil aviation authority indefinitely suspended flights to and from Lebanon, Turkey, Syria and Iraq from March 17.

The UAE, which has reported 85 coronavirus infections but no deaths, and other Gulf Arab states are intensifying measures to halt the virus as the number of cases rises. Saudi Arabia and Kuwait have taken the most drastic steps, cancelling all international flights.

Dubai, the UAE's regional business and transit hub, said it was cancelling all events planned in March and asked hotels to stop hosting wedding celebrations. Some shops have voluntarily closed to boost containment efforts.

Seeking to soften the impact of the shutdowns on key sectors such as tourism and transportation, the central bank said its program would help banks and companies weather the crisis.

Saudi Arabia, which reported 17 new cases on Saturday bringing its total to 103, said two-week flight suspensions would start on Sunday, while Kuwait did not specify a length for its grounding which began on Saturday.

Saudi Arabia has already suspended the Umrah pilgrimage and locked down its eastern Qatif region where many infections are located. On Saturday, it also closed popular family entertainment zones located inside many shopping malls.

Health ministry spokesman Mohammed Abdelali urged the population of 30 million to avoid gathering in public, minimize movements and stay at home as much as possible.

"(Such) measures slow the growth of cases so that we can control it, while the countries that take delayed measures experience fast growth which the health systems cannot deal with," he told reporters.