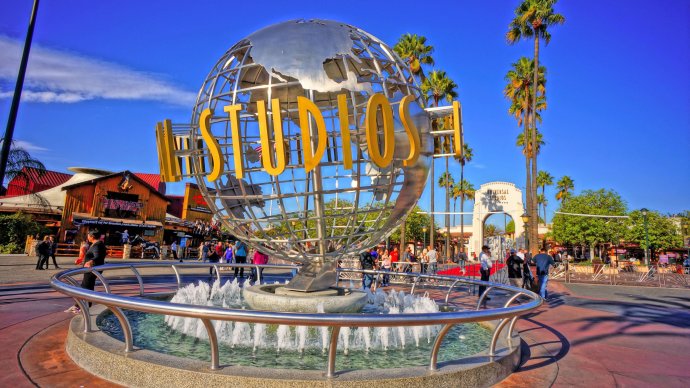 Universal Studios Hollywood has introduced Mandarin-speaking tours on a weekly basis in a bid to attract more Chinese visitors, according to the company's website.

The Mandarin VIP Experience tour, which was launched in February, offers guests an opportunity to experience the world-famous theme park and historic backlot by in-language experts.

"Compared to the general admission tickets, this tour provides guests with behind-the-scenes access to movie and television sets, including the property warehouse and the costume department," Tang Mengwei, the Chinese-speaking guide told Xinhua.

Adding to the insider's look at the studio, guests are also invited to disembark and explore areas of the backlot typically inaccessible to the general public, from realistic exterior sets such as the New York Streets where scenes in "Transformers" were filmed to the iconic Courthouse Square made famous in the "Back to the Future" movies and "To Kill a Mockingbird."

The Mandarin VIP Experience tour is currently on a trial and will be offered through June 1, 2019.

"We've received positive feedback from our Chinese-speaking guests," said Tang, "most of them flew all the way from China, and the premium and exclusive experience in the studio is just what they wanted."

The tour also offers guests from around the world with escorted express access to all rides and attractions.

Universal Studios Hollywood has made great efforts to attract the growing number of Chinese visitors.

It launched the Lunar New Year celebration with a Transformer's Mandarin-speaking Megatron this year, and a restaurant serving Chinese food, Dongpo Kitchen, also became a main attraction in the park.