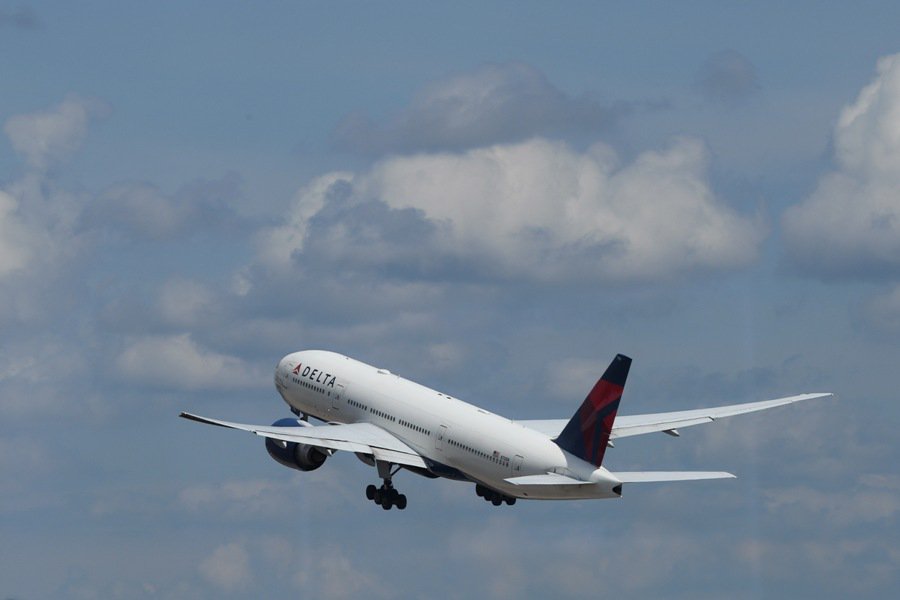 The first flight of the route took off Friday afternoon at Hartsfield-Jackson Atlanta International Airport, marking the official operation of the sixth daily non-stop flight run by Delta between the United States and China. 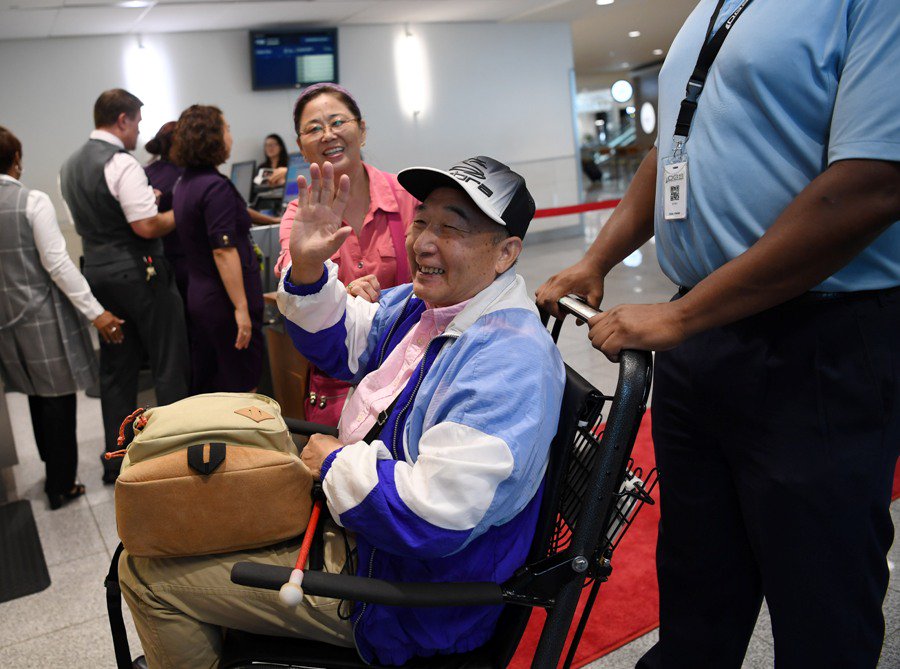 The 291-seat Boeing 777-200LR is set to arrive at Shanghai Pudong International Airport in roughly 16 hours and the service will be operated on a daily basis.

"China is a very important market for Delta," the airline said in a statement. "Delta is growing its footprint in the China-US market."

"With the commencement of this flight, we look forward to receiving many more Chinese visitors and we're working very hard to make sure you all feel welcomed in our city," said Marva Lewis, chief of staff for Atlanta Mayor Keisha Lance Bottoms, during an inaugural flight ceremony. 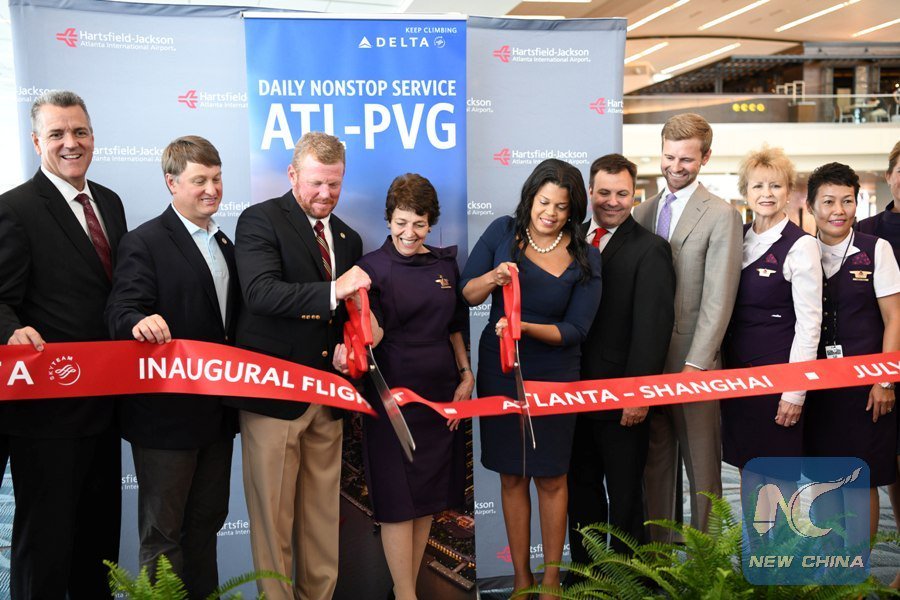 Guests cut the ribbon at the inaugural flight ceremony at Hartsfield-Jackson Atlanta International Airport in Atlanta, the United States, July 20, 2018.

The first passengers of the flight include a Georgia business and trade delegation, whose members hope that their visit to China could help strengthen the state's booming economic and business ties with the world's second-largest economy.

Their trip also comes amid US-initiated trade disputes with other countries, including China, its largest trading partner, but officials from Georgia believe that trade and business opportunities would follow connectivity.

"As soon as this route is up and flying again, I think we're going to see more trade, more business investment and more tourists flowing between our two countries," Pat Wilson, commissioner of the Georgia Department of Economic Development, told Xinhua.

"The things that happen in Washington, they're very different than what happens in the state. So I think you're going to continue to see trade continue to increase following this connectivity," Wilson said before boarding the plane.

Delta, which started and then stopped service between the two cities twice during past years, relaunched the route as it eyes to connecting its Atlanta hub with China Eastern Airlines' operations in Shanghai.

Founded in 1924 and headquartered in Atlanta, Delta operates a mainline fleet of more than 800 aircraft and provides over 15,000 daily flights in both domestic and international network that includes 324 destinations in 57 countries on six continents.

Besides the Atlanta-Shanghai route, Delta runs five other daily non-stop flights from Beijing/Shanghai to both Seattle and Detroit and from Shanghai to Los Angeles.