TRAVEL US carrier may reopen Beijing, Shanghai flights to Chicago

US carrier may reopen Beijing, Shanghai flights to Chicago 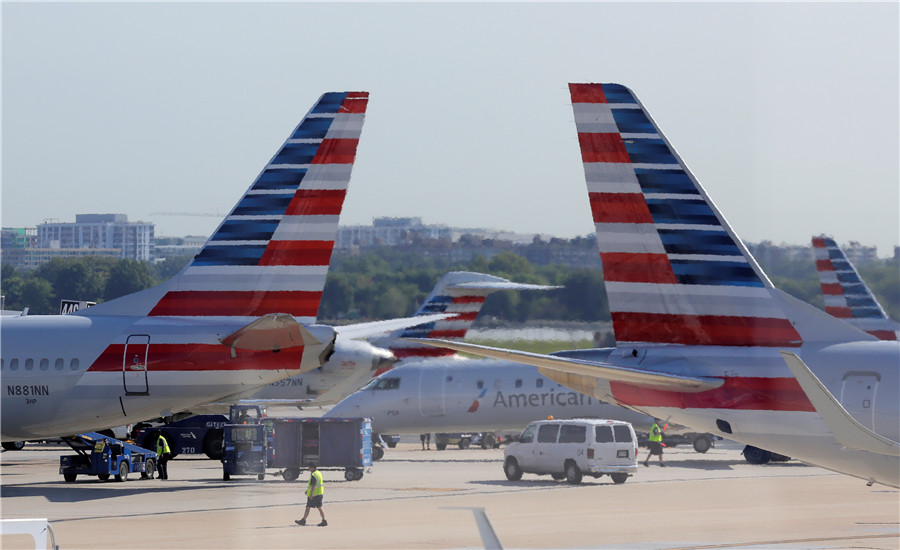 Dallas-based American Airlines, the world's largest, said it is reviewing its network and may consider reopening the two flights it suspended last year－flights connecting Chicago and Beijing, as well as Chicago and Shanghai－in the near future, fueled by growing travel demand and the strong performance of its Sino-US flights.

The airline said it put the two routes dormant, meaning they have the option to return, and the carrier will review its network strategy and commercial performance. Last year, it put more emphasis on its flights between China and its hubs in Dallas and Los Angeles.

American Airlines said it is confident in the China market, as it has seen a growing number of local Chinese fly the airline, including business and leisure travelers, Chinese students studying abroad and their parents who travel to visit them.

"China and the US are the two biggest air transport markets in the world. We think there's enormous potential. We are always reviewing our network and where it makes sense to add new services for our customers, we will," said Sam Martin, general manager of Australia and New Zealand operations at American Airlines.

"Over the past five years, we have firmly established ourselves in the Asia-Pacific region and in the China market. Our Asia-Pacific network, of which China is a big part of, is performing better than it has at any time in our history," he said.

The carrier said its commitment to China backs its aim to continue developing its partnership with China Southern Airlines, the biggest airline in Asia. The two sides launched a reciprocal code share agreement last year, followed by reciprocal lounge access and loyalty benefits in 2019.

"With the opening of Beijing Daxing International Airport in 2019 and the ability to cooperate fully with China Southern (which will move to the new airport), we are excited about our future in the Chinese market," said Maxine Peng, general manager of American Airlines China.

Meanwhile, American Airlines has invested $28 billion in renovating its customer services globally, including purchasing new planes, building new lounges and better in-flight experiences, a record investment in the industry, since it merged with US Airways more than five years ago.

"We have now fitted in-flight Wi-Fi to all our long haul airplanes. Our customers in China told us they want to stay connected with their friends and families while they fly, and we are pleased to provide them with that convenience," Peng said.

In the past few years, the Sino-US flight market has witnessed double-digit annual growth and now that growth is proceeding to a more stable period.

"The ongoing trade tensions between the world's largest two economies may affect business travel in the long term. Besides, business and tourism visa approvals have become tighter, which may affect travel demand growth," cautioned Lin Zhijie, an aviation industry analyst and columnist at Carnoc, one of China's largest civil aviation websites.