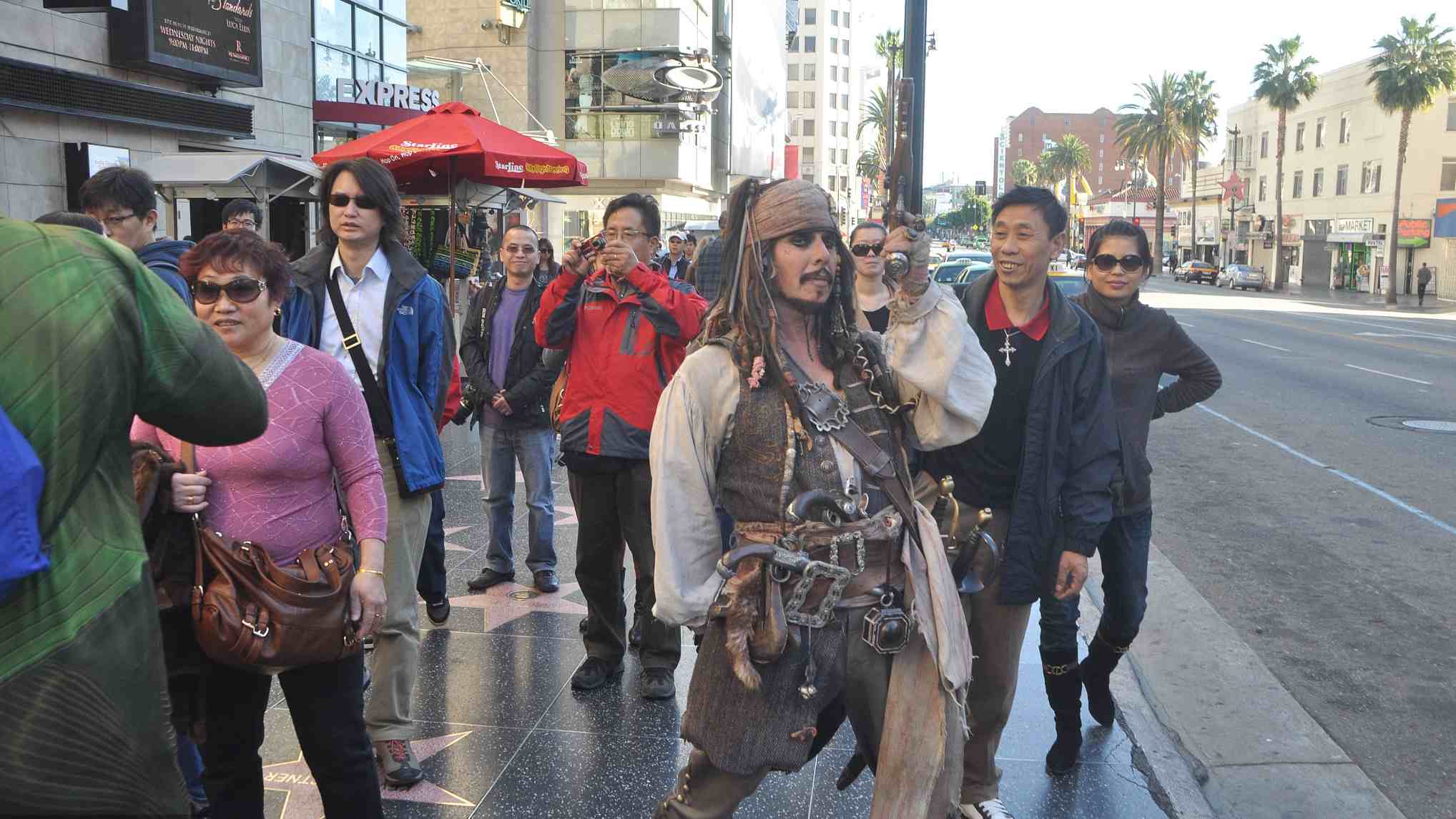 The crowd of Chinese outside the US Embassy in Beijing is getting smaller by the day.

Long lines of visa applicants and business-savvy men and women making money from the facility's "no bag policy" by offering to store visitors' belongings used to be a common sight in the neighborhood, which also houses the diplomatic missions of France, India and Israel.

“I'm not sure when we'll go to America, but I still want to get the visa first,” said Deyi Zhao, a beer critic who was queuing with his girlfriend. He told CGTN he is still waiting for the right time to travel, given the escalating trade frictions and safety concerns.

Chinese holidaymakers tend to travel to the US in small groups, a departure from the tradition of tour groups and guided trips in S. Korea and Thailand. US-bound Chinese tourists also tend to be wealthier, and more inclined to travel independently.

There are no spenders like Chinese tourists in the US. In 2016, they forked out a whopping 34.8 billion US dollars in retail, accommodation, travel and educational expenses, according to US government data.

Chinese tourists who travel to the US also travel overseas more frequently than the average Chinese globe trotter, and spend on average 4,462 US dollars per person -- more than anywhere else, according to Nielsen data.

A report published by ForwardKeys, a Spain-based travel intelligence provider, shows that bookings by Chinese tourists to the United States were down 8.4 percent for the year to August compared to the same period last year.

The slip was despite a two-percent rise in bookings from China to the US between the last week of February, just after the Chinese New Year holiday, to March 23, when the first round of US tariffs on Chinese goods took effect.

A 2016 report by the US Travel Association predicted that China is projected to be the US' second-largest overseas inbound market by 2020. However, experts are not optimistic about that happening under the current strained ties between the two countries.

The price tag of trade tensions

“Our findings strongly suggest that President Trump's trade war has had a significant impact on Chinese tourism to the US. Looking at the year to date, we see a setback in Chinese tourism arrivals of just under five percent,” said Olivier Jager, CEO and co-founder of ForwardKeys.

"If that continues to the end of this year, we estimate that the cost to the US economy will be worth of half a billion in 2018," he warned.

He emphasized the significance of Chinese spending in US tourism sector, which amounts to the largest category of US service exports to China.

“It is unquestionable that the Chinese appetite for visiting the US is diminishing, and that is bound to worry the US travel industry,” Jager added.

However, skyrocketing trade tensions are not the only reason behind the falling number of Chinese tourists to the US -- the yuan's recent devaluation also has a hand in the downward trend.

The Chinese yuan has lost 7.5 percent of its value against the US dollar since the first round of US tariffs, making traveling in the United States more expansive for Chinese tourists and affecting the overall growth of Chinese outbound tourism.

But ForwardKeys expects overseas bookings by Chinese holidaymakers to pick up in the short future.

It estimates that between August and December 2018, Chinese bookings for overseas travel will grow by 5.5 percent, while that to the United States will be down by 9.6 percent on an annual basis.