TRAVEL Vacation time over for fake holiday photos on WeChat

Vacation time over for fake holiday photos on WeChat 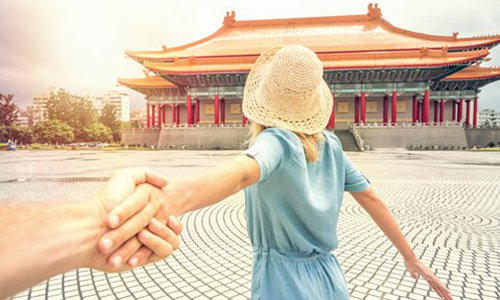 Despite sounding like a joke service, people paying to post fake photos of glamorous holidays and showing off locations from round the world on WeChat has become an actual business on Taobao, China's biggest e-commerce website. However, WeChat said it's getting in touch with Taobao to end such services, according to a report from guancha.com.

According to the report, the service is backed up by a plug-in, and customers can pay as little as 10 yuan ($1.4) for photos taken from different parts of the world to be posted on their WeChat accounts to pretend they are living a glamorous, well-traveled lifestyle.

Despite WeChat's efforts to take down those services, however, they were still found on taobao.com on Sunday evening. Many provide more than fake holiday photos, offering pictures of fancy meals and drinks at high-end restaurants or cafes.

"These pictures are fantastic! From now on my life in WeChat posts will also be glamorous," reads a customer review from one of the best-selling service providers.

While some people buy these services to stir up envy in social media, there are also many buyers who are running small businesses selling things on WeChat, and they rely on fake posts to build a trustworthy profile on social media, according to a report by Beijing Youth Daily.

WeChat said such behavior can be a potential risk to user privacy, and also violates laws and regulations. WeChat is taking action to prohibit this activity.

As of the first half of 2019, WeChat had restricted more than 1 million accounts for related reasons, according to Beijing Youth Daily.