Virgin Galactic is scheduled to launch its first fully crewed flight of its space plane Unity on Sunday, a giant leap toward commercial suborbital spaceflight. 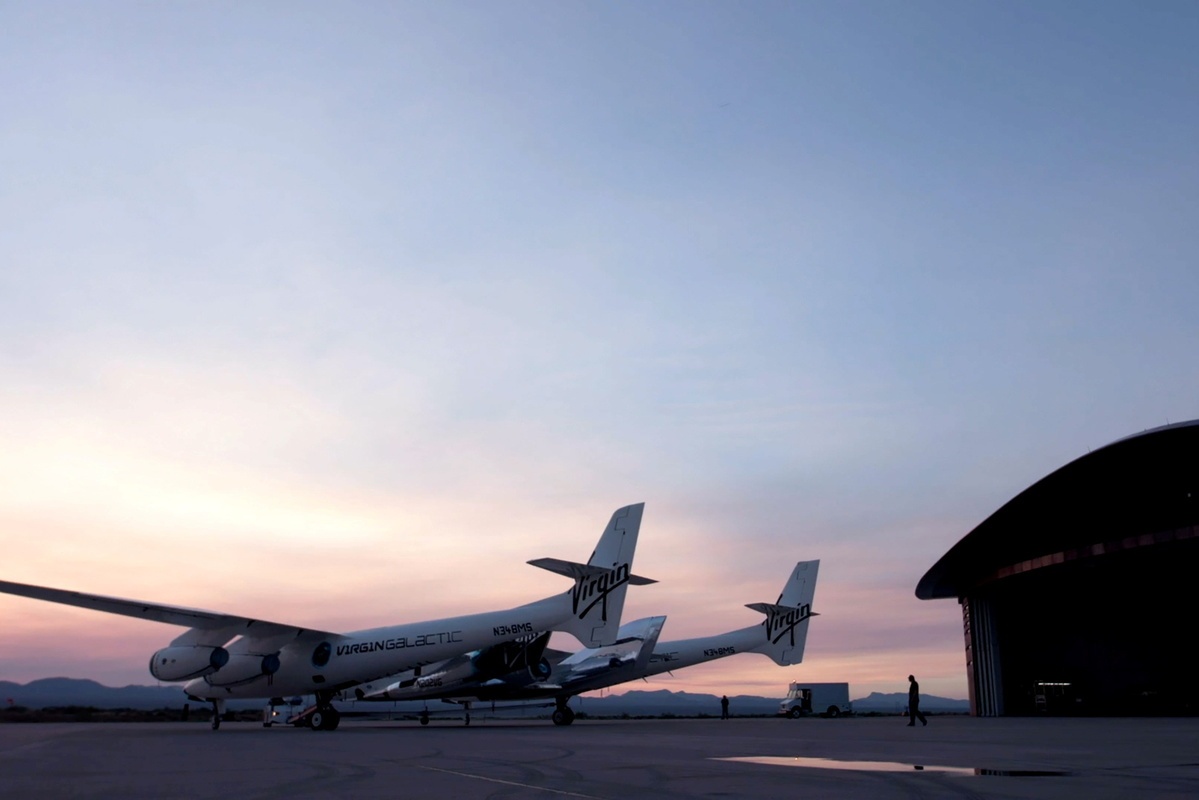 Virgin Galactic's passenger rocket plane, the VSS Unity, is seen outside its hangar in a still image from undated handout video taken at Spaceport America near Truth or Consequences, New Mexico, US.[Photo/Agencies]

The mission, dubbed "Unity 22," will be the 22nd flight test for the company's spacecraft VSS Unity, and its fourth crewed spaceflight.

It will also be the first to carry a full crew of two pilots and four mission specialists in the cabin, including founder of Virgin Galactic Richard Branson, who will be testing the private astronaut experience.

The crew will take off from the company's homeport of Spaceport America in New Mexico.

The "Unity 22" mission will focus on cabin and customer experience objectives, including evaluating the commercial customer cabin with a full crew, demonstrating the conditions for conducting human-tended research experiments, and confirming the training program at Spaceport America supports the spaceflight experience, according to the company.

Following this flight, the team will complete inspections of the vehicles and an extensive data review. Two additional test flights are planned before the company expects to commence commercial service in 2022.