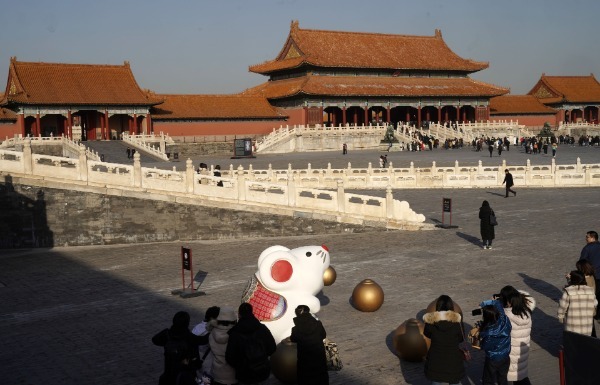 The Palace Museum in Beijing, also known as the Forbidden City, received a record number of visitors in 2019, breaking last year's record. The number saw a year-on-year increase of 1.1 percent, according to the data from the museum.

Young people born in the 80s and 90s have become major visitors to the museum with those under the age of 40 accounting for over 56 percent. The ancient architectural complex, traditional culture and a series of cultural and creative products have intrigued an increasing number of millennials.

Listed as a UNESCO World Heritage site in 1987, the Palace Museum is renowned for its traditional Chinese architecture and large collection of paintings, calligraphy and antiquities, making it one of the most preeminent museums in the world.

Wang Xudong, Palace Museum curator, said that it is quite important to protect the cultural relics reserved in the museum and use digital technology to support its future development.

In 2018, it hosted over 17.5 million visitors. The year 2020 marks the 600th anniversary of the construction of Forbidden City. A variety of exhibitions and events are to be held throughout the year.