If you are planning a trip to Hangzhou sometime soon, be sure not to miss one of the various night-time attractions the city has to offer. 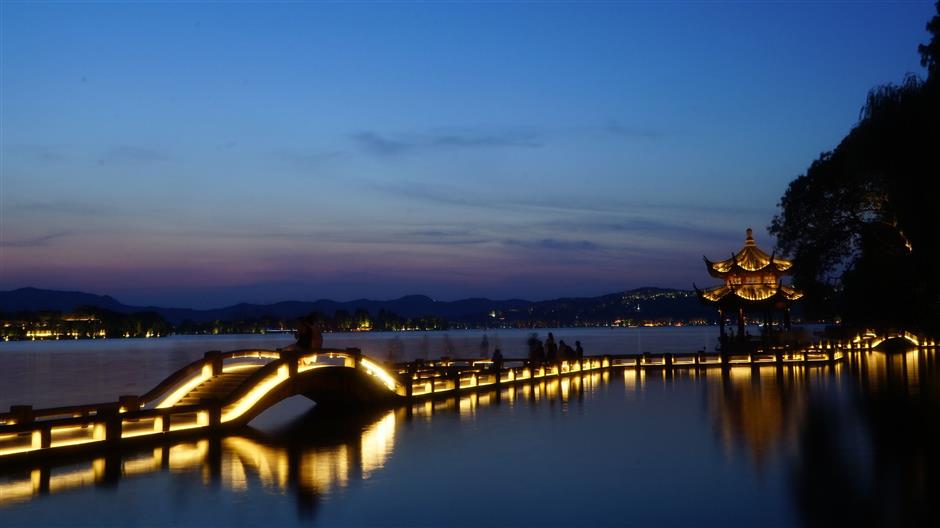 Hangzhou is known for the West Lake and wetlands which are all great daytime destinations, but there are also equally outstanding locations after the sun sets as well. 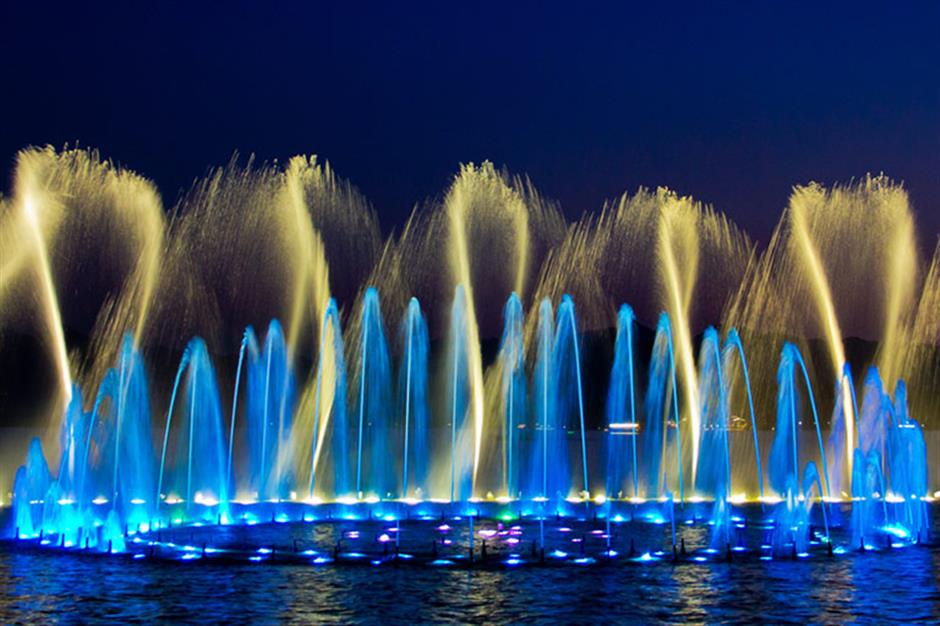 Unsurprisingly, the first destination to visit at night time is also one of the best places to visit during the daytime as well. During the night, the West Lake is imbued in a scintillating display of lights and waterworks. This show truly showcases the heart and soul of the city of Hangzhou with its high-reaching spurts of water and sparkling LED lights. Accompanied by traditional Chinese music and classical Western music, the water and light show is the one that will evoke emotions and feelings of bliss in the hearts of all its viewers.

The performances begin each night at 7pm and 8pm and each performance is divided into three sections. It is to be noted that in the case of lightning, thunderstorms, typhoons, or other serious weather conditions, the performances will generally be canceled. 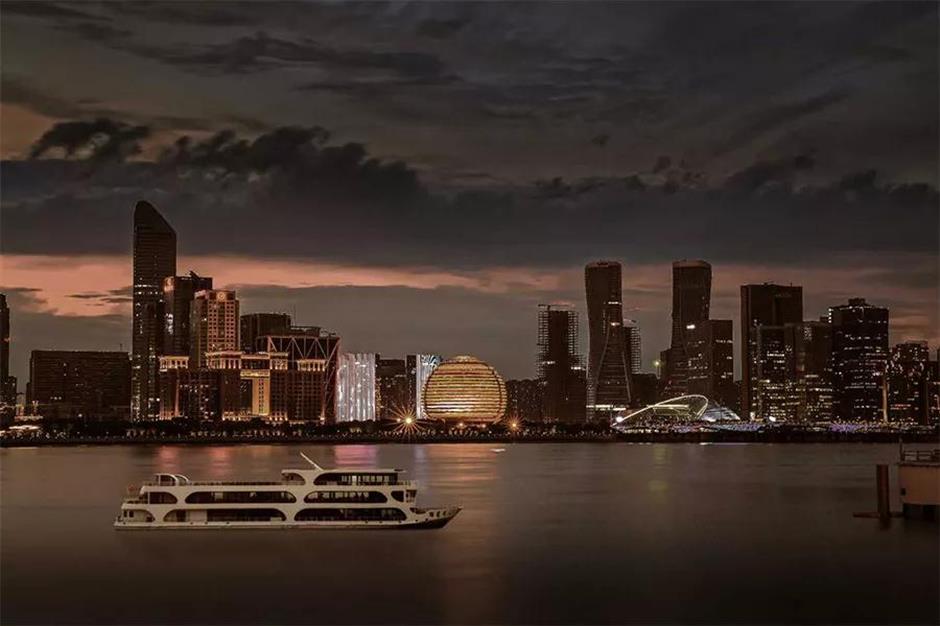 The next destination is for those who value novelty. The Qianjiang Fountain is in a way the younger and more modern brother of the West Lake Fountain. In recent years, the Qianjiang Fountain has garnered a great deal of attention for its brilliant displays of both lights and waterworks. At the G20 Summit in 2016, the fountain was dubbed a “new must-see.”

There are large and bright lights which reflect on the water even before the performances begin, to create a lively and convivial atmosphere. And just beyond the realm of the performances are lofty and dazzling buildings. This dynamic approach to producing the water show gives this performance a rather multilayered feeling such that the viewer does in fact feel that they have entered a new world and that they are completely enveloped in a world of lights. This performance takes place each Tuesday, Friday and Saturday and lasts for one hour between 7:30 pm to 8:30pm. 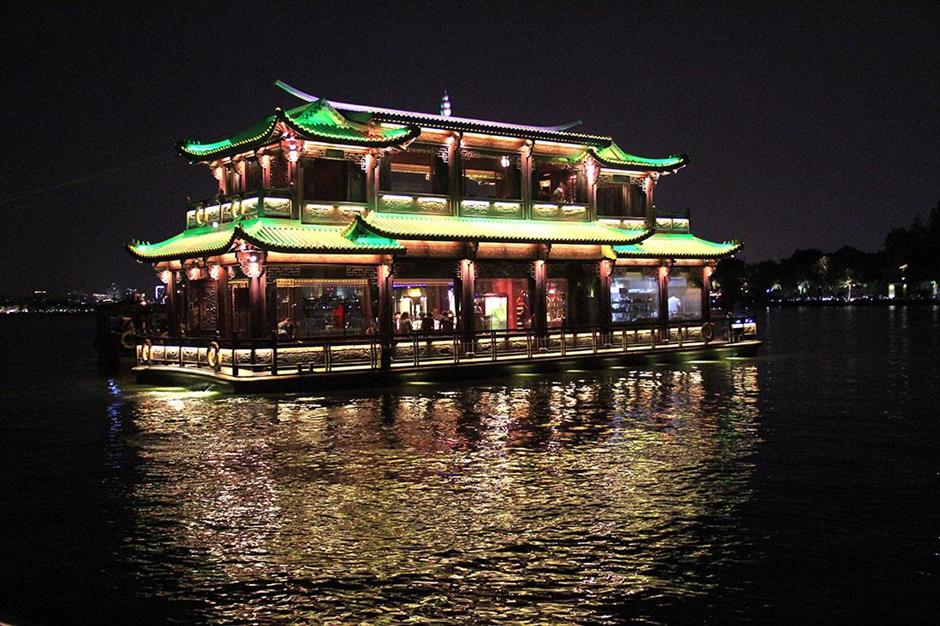 The West Lake has much more to offer than waterworks as well in the form of romantic and secluded boat trips. It is said that the West Lake is more beautiful during the rain than in the sun, and that it is more beautiful at night than it is during the rain. On this boat ride, one can absorb all of the beauty of the West Lake at night with their family or that special someone. The ornamented boats do much in creating a serene feeling while atop the lake while the lights on the boat allow one to see the true beauty of the lake at night.

The boat journey runs through the end of October and departs each day from 6:30 to 9:30pm. Tickets are 90 yuan (US$13.5) and cover the cost of one cup of Longjing tea, a serving of fruit, a postcard and a special Jiangnan musical performance all aboard the boat.

While Hangzhou’s West Lake may be regarded for its scenery and tranquility, the canal is equally as mesmerizing. Some say that the scenery of the river resembles the finest Chinese paintings with its effusive greens and reds. The boat leaves from Wulin Pier and heads north through Zhaohui Bridge, Chaowang Bridge, Yu Pier, and many other strikingly beautiful places.

As the boat passes through the various places in Hangzhou, one will be able to understand the true quintessence of Hangzhou and will gain a new perspective of the city. As dusk sets in, the lights along the river begin to turn on which creates a dance of color and light unlike any other.

This boat trip is particularly interesting because it gives one the chance to view multiple places within the city at once, and many of these places are ones that the average traveller may not think to visit, so it is sure to be a worthwhile experience. The departure times for the boats are 7:10pm, 7:30pm, 8:20pm, and one boat that will make a single way trip to Gongchen Bridge without returning to the starting point, Wulin. The journey is about one hour in length and tickets are 100 yuan per person.