TRAVEL Waterfall on border a magnet for tourism

Waterfall on border a magnet for tourism 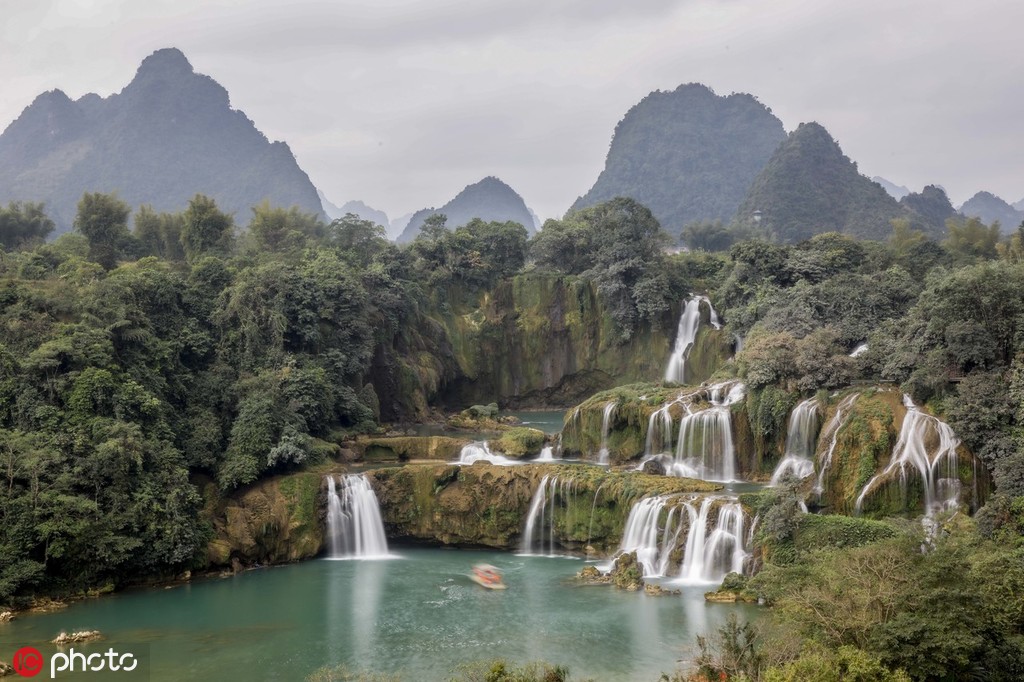 China's first cross-border tourism zone in the Guangxi Zhuang autonomous region will conduct trial operations in June with its neighbor, Vietnam, as tourism between the countries surged last year.

The Detian-Ban Gioc tourism cooperation zone is based on Asia's largest cross-border waterfall-Detian Waterfall-which at 208 meters wide has water rushing down a three-tiered cliff from a drop of 70 meters.

Wang Yutong, a tourist from Chengdu, Sichuan province, who made her first visit to Detian Waterfall, said, "I was impressed by the splendid waterfall scene, and its status as a cross-border waterfall made it unique and more attractive."

Wang and her friends, all from Chengdu, drove to the scenic spot themselves, saying they were all enjoying the view along the way. "I would like to bring my parents to Guangxi next time by car," she said.

To explore and protect crossborder tourism resources, China and Vietnam signed a cooperation agreement on the Detian Waterfall region in November 2015, making it the country's first cross-border tourism cooperation zone.

In addition to the trial operation of the zone in Chongzuo city, two other border cities-Fangchenggang and Baise-have been selected as major cities to boost cross-border tourism.

The region has witnessed a surge in cross-border tourism in the past year, with the number of visits to the region's eight prefecture-level border cities increasing 25.8 percent year-on-year to 53.2 million, according to the regional government.

Yi Wen, an expert on Vietnam at Guangxi University, said Guangxi has an edge as Vietnam's choice destination for a short trip to China, given its proximity and relatively lower consumer prices.

The autonomous region's Fangchenggang was approved to become a national border tourism pilot zone in 2018, and new measures were carried out to provide faster customs clearance and more convenient services for travelers.