TAIYUAN, Jan. 8 (Xinhua) -- Ice shaped like blossoming lotus and cute hedgehogs are among the attractions that recently made a salt lake known as "China's Dead Sea" a hot spot in the biting winter in north China. 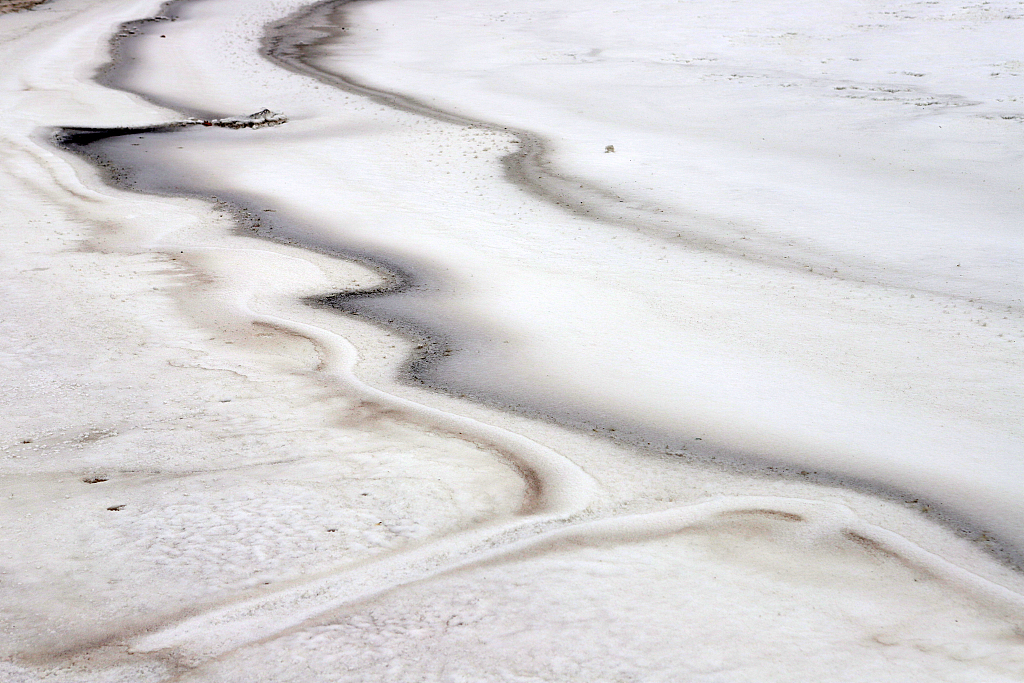 Yuncheng Salt Lake in Shanxi Province covers an area of 132 square kilometers. Located in the city of Yuncheng, the lake was recently covered in "mirabilite flowers of various forms" as mirabilite crystallized on the lake surface. The crystal clear "flowers" attracted quite a few visitors despite the freezing cold.

"I've waited many days to take pictures of this phenomenon," said photographer Zhao Peng. "The temperature has dropped today, which helped the mirabilite crystallize."

Mirabilite, or sodium sulfate decahydrate, only crystallizes under minus five degrees Celsius, according to Liu Guoli, who has worked beside the lake for decades.

"The phenomenon does not happen every year," Liu said.

The lake is one of three inland salt lakes with sodium sulfate in the world. The amount of salt it contains is similar to that of the Dead Sea and allows humans to float on it. According to geologists, the lake was formed about 50 million years ago.

Chinese people began making use of the lake at least 4,000 years ago. According to historical records, revenue from the salt produced by the lake accounted for about a quarter of the country's total salt revenue during the reign of Emperor Li Yu (766-779 A.D.) in the Tang Dynasty (618-907 A.D.). Today, the lake still produces salt for industrial use.