A China-built eco-friendly luxury ro-ro passenger ship that boasts to be the fastest of its kind in the world was given the name "Visborg" in Guangzhou on Saturday.

Constructed by the Guangzhou Shipyard International (GSI), the roll-on/ roll-off ship will be operated by Swedish shipping company Gotland. 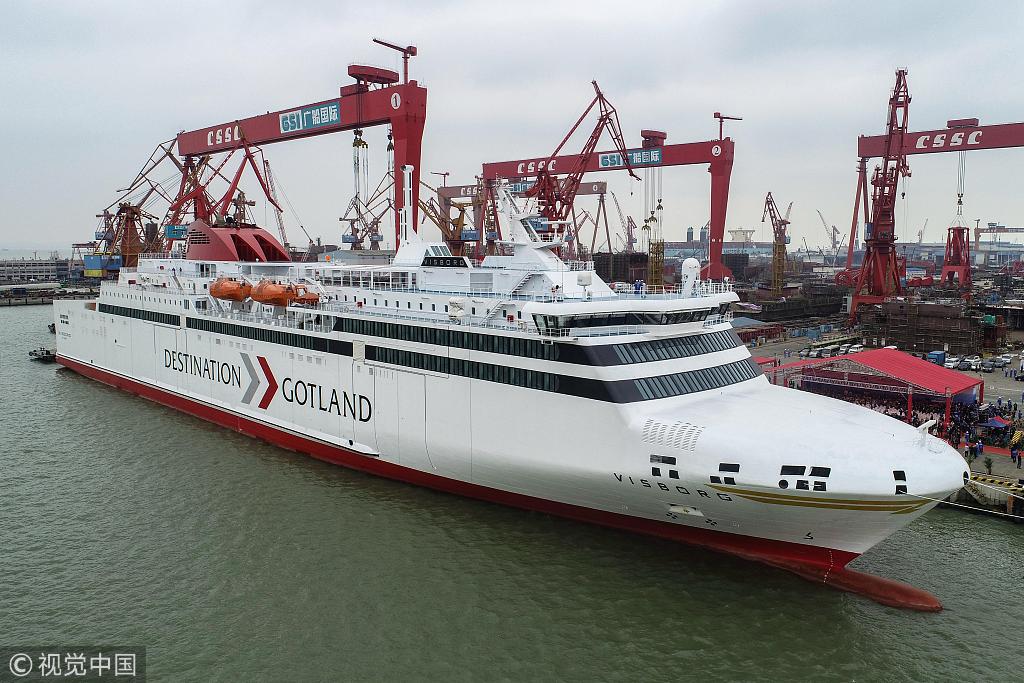 The watercraft can be driven by both natural gas and fuel oil, which is energy saving and environment friendly. When fueled by liquefied natural gas, the vessel is able to cut the waste gas emission down to nearly zero. The ship travels at a service speed of up to 28.5 knots and has an endurance distance of 6,500 nautical miles.

The interior view of the Visborg's passenger cabin.

The ship, 200-meter-long and 25-meter-wide, is capable of accommodating more than 1,700 passengers. The vessel has 10 floors of decks and resembles a luxury cruise ship in appearance.

The ship cost more than 1 billion yuan (around 145 million U.S. dollars), hitting the record of GSI for making a single vessel for civil use.