World's first underground hotel to open in Shanghai this month

The world's first underground hotel will open to the public on November 20 in Shanghai, according to Xinhua. 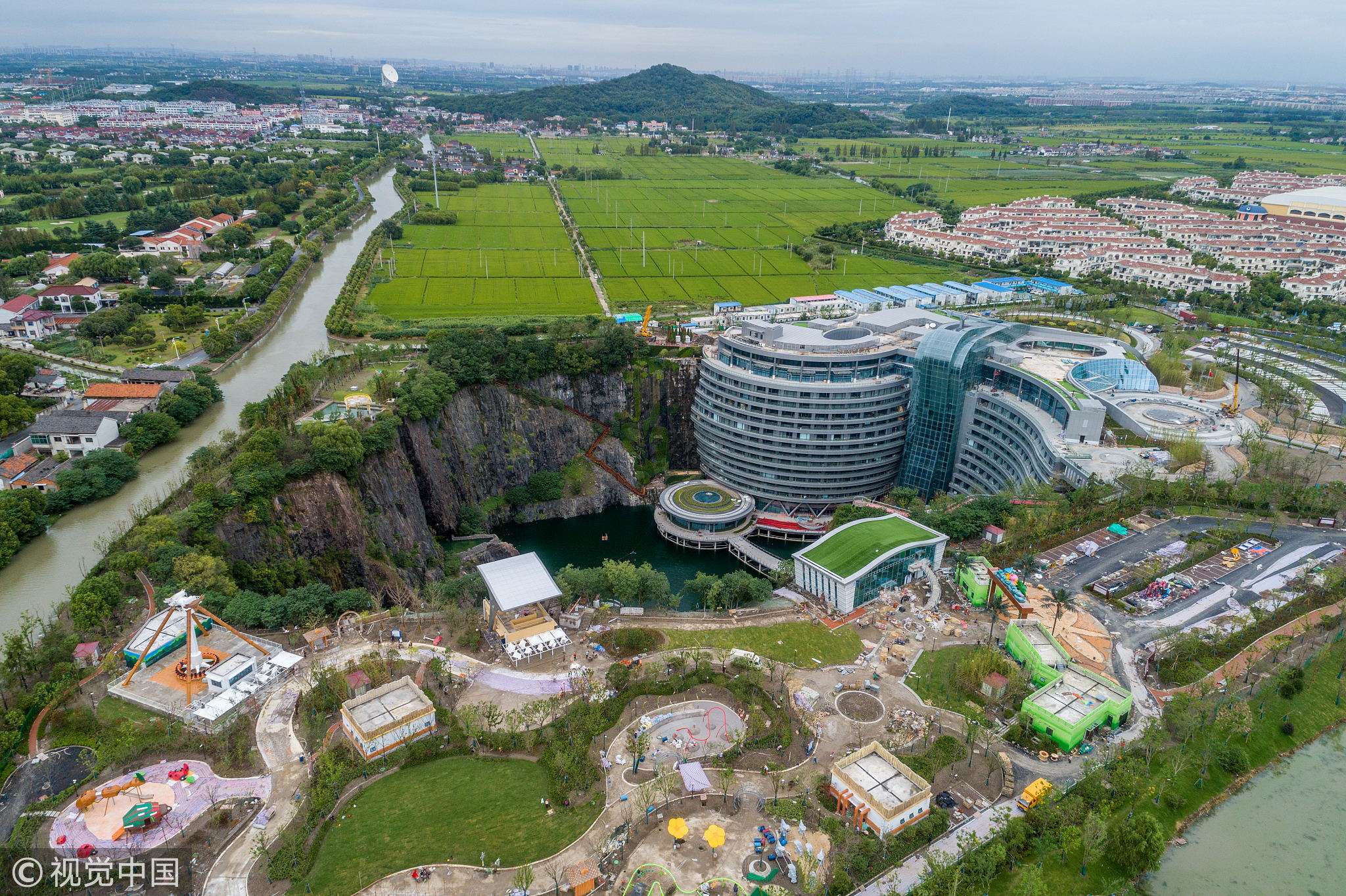 Located 30 kilometers from the center of the east China metropolis Shanghai, the hotel is built near the Sheshan Mountain National Forest Park and Chenshan Mountain Botanic Gardens. The hotel has been built in a formerly abandoned quarry that plunges 80 meters below the ground level. Of the 18 floors in the hotel, 16 of these are underground, while two floors are completely underwater inside the hotel's 10-meter deep aquarium.

The hotel was designed by the architects who also created Dubai's Burj Al Arab and the whole construction project has taken nearly 10 years with approximately 5,000 architects, engineers, designers and construction workers involved. 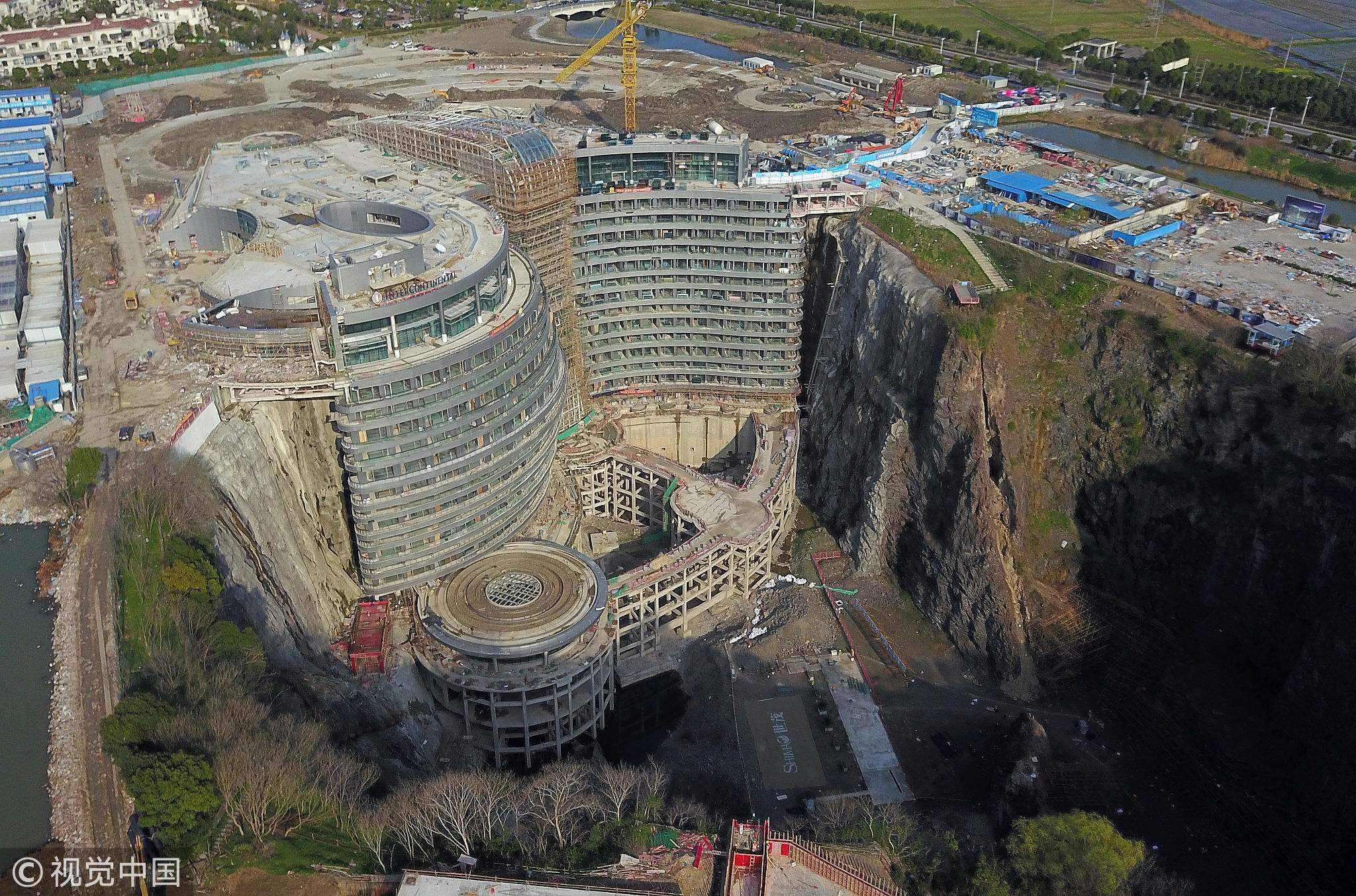 An aerial view of the underground hotel in Shanghai during construction, March 21, 2018. (Photo: VCG)

Building such a hotel on a pit wall with an elevation of 88 meters below ground level has met many construction challenges, such as drainage, transportation of building materials, natural disasters prevention and more. This has required innovative engineering solutions, such as the irregular section construction elevator system, which has solved the problem of construction an elevator installation on irregular and inclined cliff wall.

The hotel is also a wonderland that offers unique underground scenery. Each of the 336 rooms, aside from those underwater, will feature a balcony with views of waterfalls spilling down the quarry walls.

As of now, the hotel is fully booked on the opening day, Xinhua reported.