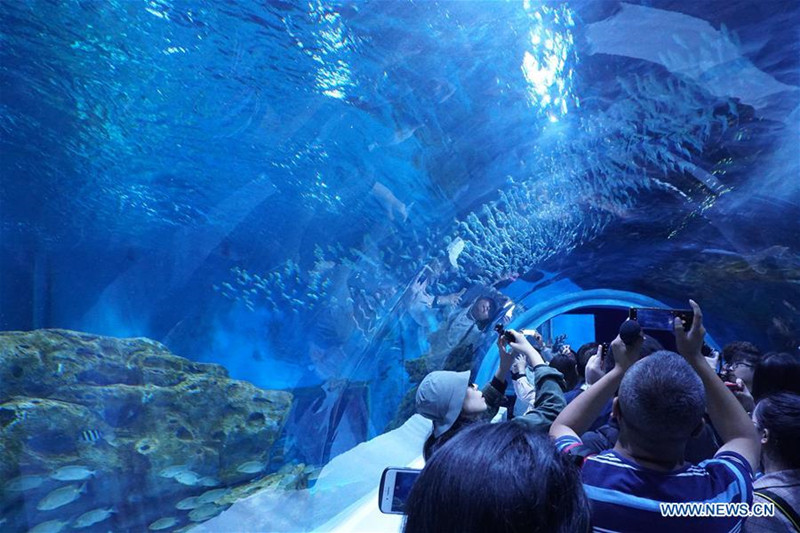 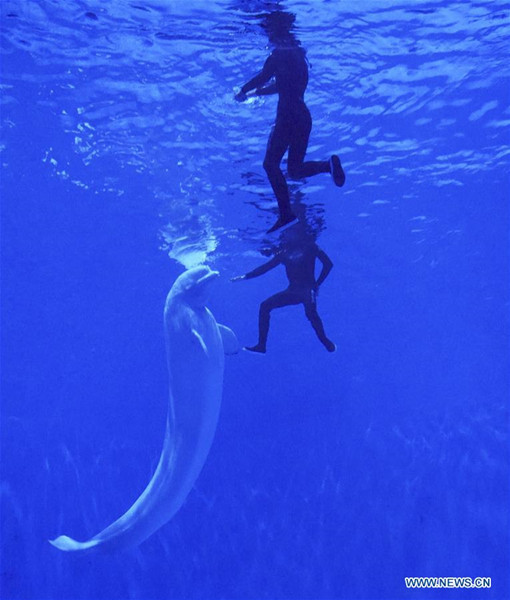 At an altitude of more than 2,200 meters above sea level, the new aquarium is located in the city of Xining, the capital of Qinghai, representing the first aquarium on the Qinghai-Tibet Plateau. 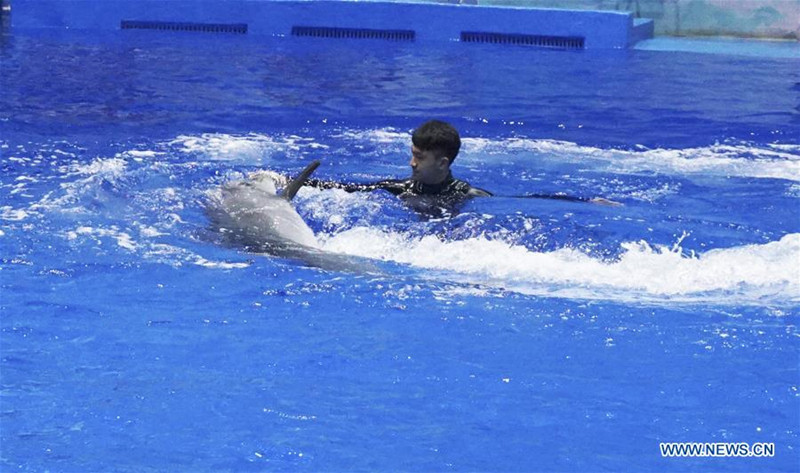 A keeper interacts with a dolphin at an aquarium in Xining, northwest China's Qinghai Province, July 18, 2019.