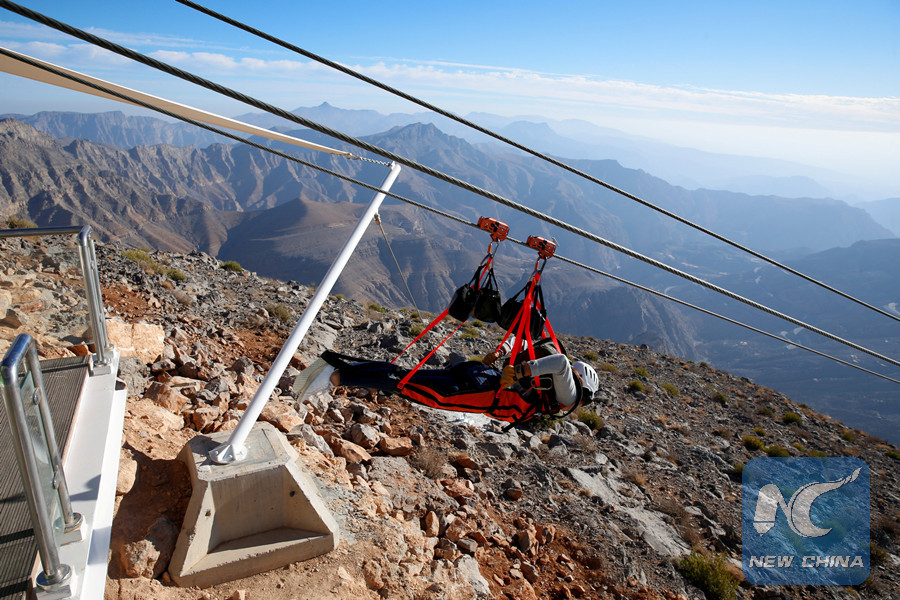 The United Arab Emirates (UAE) emirate of Ras al-Khaimah said its latest zipline was confirmed by Guinness as the "World's Longest Zipline" on Thursday.

The zipline, locally known as "Jebel Jais Flight," enables visitors to travel at speed of up to 120 kph to 150 kph at a height of 1,680 meters above the sea level.

The city ruler became the first person to take a trial ride on the new zipline, following the official certification.

"The Jebel Jais Flight will become Ras al-Khaimah's flagship tourism product and will cement Jebel Jais as the adventure tourism hub of the Middle East," he added. 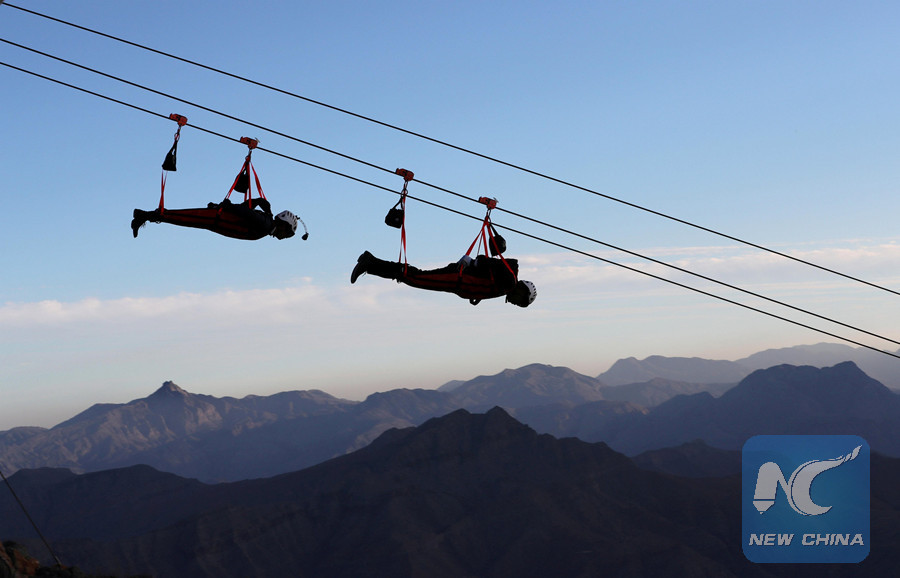 The UAE, a major oil supplier, is home to several world records.

In the UAE capital Abu Dhabi, the Capital Gate building, with a lean of 18 degrees, is the world's furthest leaning man-made tower. It houses a five-star hotel and plenty of offices.