On my way from Korla to Turpan, I could not help being struck by what I was seeing through the windows of the train: yellow-reddish stone landscapes next to bleak mountain chains with deep corrugations. As I passed through tunnel after tunnel, I felt like I was completely merging into the scenery, and finally, a mysterious feeling overcame me. At first glance, the dry and unsettled land seemed to veil its people and history from its visitors, which made me even more curious about the story this exceptional place might have to tell. 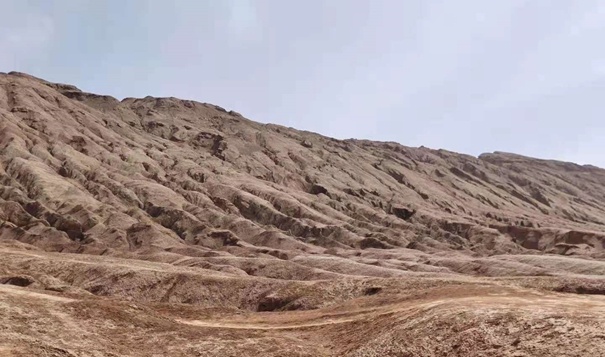 Around 630,000 people live in Turpan, over 82 percent of whom belong to ethnic groups. Despite the extreme natural environment – it almost never rains and temperatures go up to 45-50 degrees Celsius in summer – the region is famous for its very sweet grapevines. Their crops are typically stretched in bows and form a long and beautiful canopy. More than half of Xinjiang’s grapes are cultivated around Turpan and dried into raisins in open-air drying chambers. Riding through the city, the distinctive brick-chambers on top of almost every house and shop caught my attention instantly and gave the city a beautiful décor. 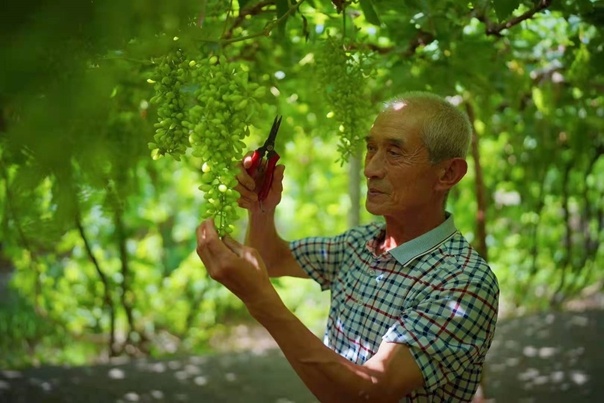 A local farmer in Turpan inspecting his grapes, which will soon be dried and processed into raisins.

It seemed that the locals understood how to turn the region’s biggest weakness into its greatest advantage in other ways as well. Due to the dry environment, cultural relics have been preserved to a very high degree, and places like ancient city ruins of Jiaohe have not only become a UNESCO World Heritage but have also been acting as a magnet for historians, archeologists and tourists from all over the world. Walking through the remaining residential, temple and tomb districts, I was able to witness the former existence and characteristics of the civilization along the ancient Silk Road, promptly winning my utmost respect. The “Jiaohe” ruins, a UNESCO World Heritage Site, showcases the remains of an ancient city.

When you realize that a quarter of Xinjiang’s surface is covered with sand and is considered unoccupied desert land, Turpan’s economic development feels even more impressive. I loved the fact that the pride and closeness of the people to the land is reflected in their business and daily lives. Even the usually eye-catching blue and white police stations seemed to blend into the ochre environment, creating a calm and safe atmosphere for its visitors.