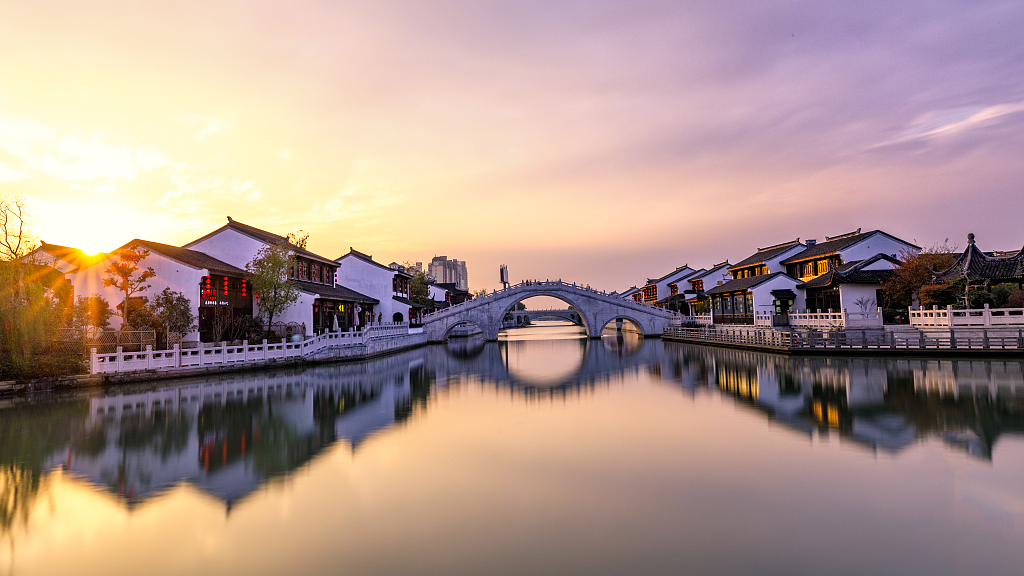 With the novel coronavirus epidemic winding down in China and the curtain of spring well and truly opens, the country's domestic tourism industry is gradually recovering. During the Qingming Holiday, the Yangtze River Delta railway carried 4.05 million passengers, a 155 percent increase in passengers over the last month.

East China's Zhejiang Province has announced that four old Hangzhou villages would be provided with up to 7 million yuan (US$990,000) in financial support this year to preserve their distinctive architecture and local way of life.

The Huanxi, Dongshan, Shimen and Liye villages have resisted the tides of change that swept across many other parts of China. To protect the old structures, some local governments have relocated residents to new houses.

In addition to the architecture, the natural environment is also being protected, with sewage being treated and new infrastructure being built. These improvements are attracting tourists and creating a boom for the local economy. These charming villages are well worth a weekend trip, especially for those coming from nearby Hangzhou.

Cultural and tourism authorities from Ningbo, another city in Zhejiang Province, have stepped up efforts to fuel the city's tourism recovery as well.

A total of 60,000 coupons worth 1.8 million yuan (US$255,970) offering half-price admission to seven tourist attractions in Yinzhou District in Ningbo are being distributed to Shanghai residents, the Ningbo Bureau of Culture, Radio, Television and Tourism said.

New itineraries for Yinzhou and Dongqian Lake centering on self-driving, MICE, countryside tourism and health care were revealed in Shanghai, and Ningbo's intangible cultural heritage, such as Ningbo silver embroidery and ceramic ware made of Dongqian Lake mud were displayed.

Cooperation between Ningbo and Shanghai is important in promoting the early resumption of tourism, according to the bureau.

A new single-pass designed for tourists in the delta region allows them to visit six key attractions in Jiaxing. They include the Meihuazhou scenic area, known for its peach blossoms, the Nanbei Lake scenic area featuring unique hill and lake landscapes, and the Qiyuan Garden, one of China's most famous classic gardens.

"Cloud tours" to attractions in the city with officials serving as tour guides are being hosted as the annual Jiaxing City ecological, cultural and tourism festival and the Nanhu Lake Peach Blossom Festival have kicked off over the weekend.

A total of 51 A-level tourist attractions, such as Xitang ancient town and Nanbei Lake scenic area, will offer free admission to all medical workers in gratitude for their contribution to the battle against the coronavirus.