Younger Chinese willing to travel with parents during holiday: survey 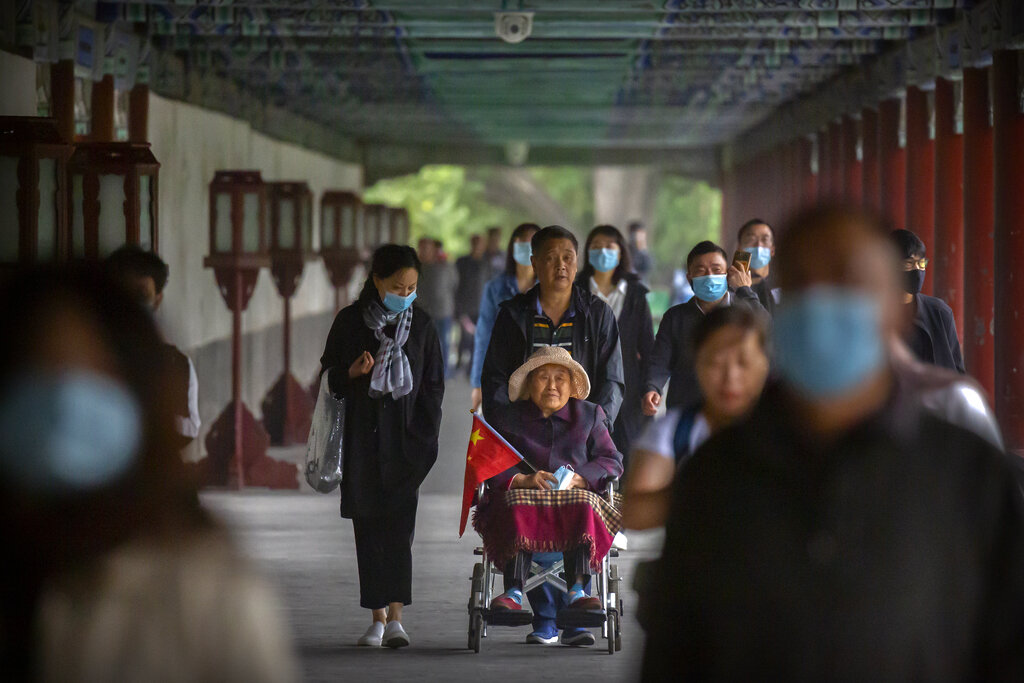 A man pushes a woman in a wheelchair holding a Chinese flag along a covered walkway at the Temple of Heaven in Beijing, Thursday, Oct. 1, 2020. (Photo: AP)

A man pushes a woman in a wheelchair holding a Chinese flag along a covered walkway at the Temple of Heaven in Beijing, Thursday, Oct. 1, 2020. (Photo: AP)

BEIJING, April 29 (Xinhua) -- Most young and middle-aged Chinese are willing to travel with their parents during the upcoming five-day Labor Day holiday, according to a survey Thursday.

The survey, published in China Youth Daily, polled over 1,500 people aged between around 20 and 50.

The survey showed that almost 70 percent of those polled are willing to travel with their parents, including 48.9 percent who said they are planning for it and 21 percent who have already finalized their itineraries.

The newspaper quoted Li Ran, a woman in her 30s, as saying that accompanying parents on trips is a way of compensation for not being able to spend much time with them during work days.

However, she said they will definitely not consider popular tourist attractions out of concern that it will be too crowed in those places.

Li's opinion was shared by about 61.8 percent of the respondents in the survey, who saw the inconvenience and crowding caused by overflowing holiday tourists as the major element holding back their travel plans.