TRAVEL Yushu in Qinghai province offers respite from the heat

Yushu in Qinghai province offers respite from the heat

While most parts of the country are enduring a heat wave, Yushu in Qinghai province is drawing a constant flow of visitors, including a group of aerial photographers, from all over the country, with its cool and pleasant weather, beautiful landscape and a variety of mid-summer activities. 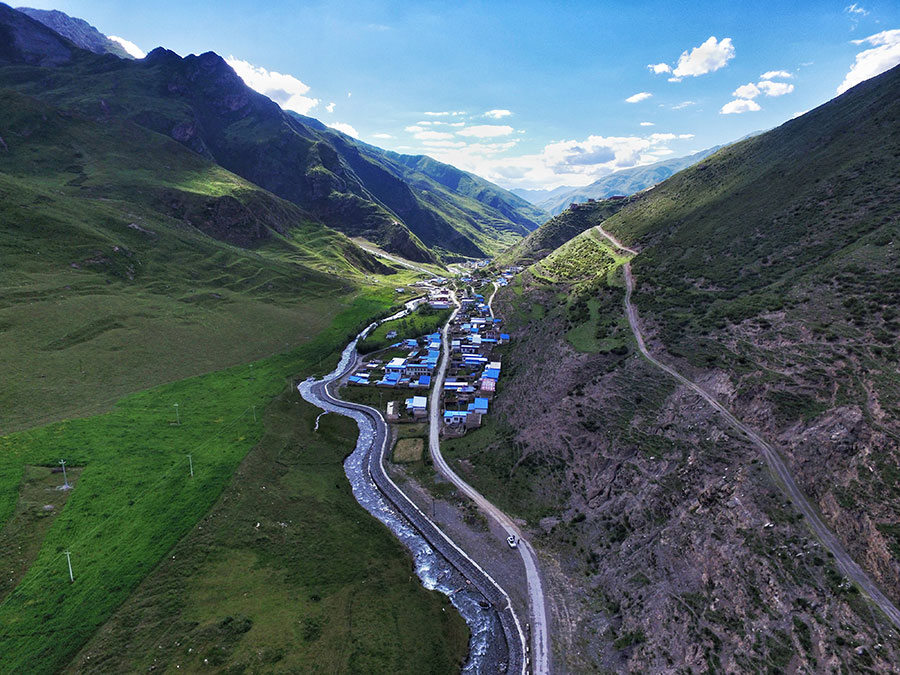 An aerial view of a small village nestled in the depth of mountains in Yushu Tibetan autonomous prefecture, Qinghai province. (Photo: China Daily)

With an average altitude of over 4,000 meters, the Yushu Tibetan autonomous prefecture is located in the Sanjiangyuan area, covering the headwaters of the country's three major rivers -- the Yangtze, the Yellow River and the Lancang River.

Blue skies and green mountains are not the only offerings for visitors to Yushu, Vice-Mayor Jiu Wen said at the opening of a national drone photography forum on July 23.

The five-day event was organized by the Yushu government and China News Service, aiming to promote local tourism and showcase the achievements in rebuilding Yushu after the earthquake of 2010.

More than 20 photographers, mostly from news media across the country, took part in the forum. In addition to sharing experiences about aerial photography, they also visited tourist sites like Reshui (hot spring) Valley, Tibetan lamaseries and grasslands.

Song Xinhua, a photographer with Qingdao Evening News, who has frequently traveled around the country to take aerial photos, said he was impressed by the rich flora and fauna in Yushu.

"Mountains, rivers, grasslands and forests – Yushu has a diversity of natural resources on offer," he said.

During the forum, Yushu also hosted a number of activities to entertain visitors. A parade of arts and culture was one of the highlights.

A horse-racing festival, held on July 25, was one of the biggest seen in the Tibetan area in Northwest China.