TRAVEL Zhijiang Road, a walk on the historical riverside

Zhijiang Road, a walk on the historical riverside

People visiting Hangzhou for the first time always prefer the West Lake areas over all of the others. But in recent years, the city has been quickly expanding around both banks of the Qiantang River with new buildings, parks and shopping malls springing up everywhere. 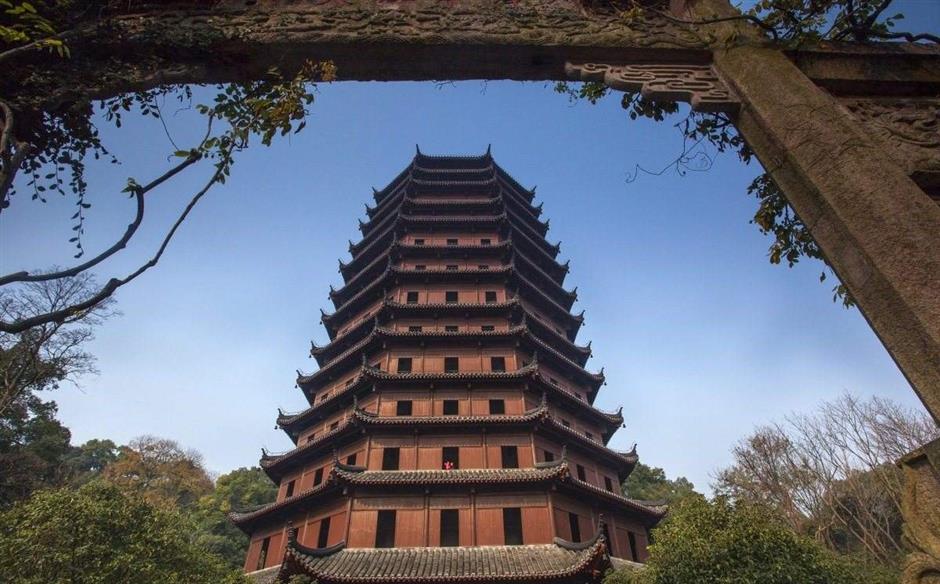 Shanghai Daily takes you along the long-winding Zhijiang Road, which is built along the course of the river. It offers a taste of both historical reminiscence and a modern outlook.

It is an ancient wood-and-brick structure standing on Zhijiang Road which has been overlooking the Qiantang River for more than 1,000 years.

It was first built in AD 970 by the king of Wuyue Kingdom to pacify the raging tidal bore of the river and to work as a navigation aid. The name “Liuhe” refers to the six ordinances in Buddhism, which requires its disciples to follow the same opinions, norms and goals and to refrain from conflicts and arguments.

The pagoda has an octagonal base and a height of 59.89 meters. The interior brick body was rebuilt in 1163 while the exterior wooden eaves and corridors were destroyed several times and were most recently constructed in the late Qing Dynasty (1644-1911).

It appears to be a 13-story structure but only the odd-numbered floors are connected to a spiral staircase hidden inside the pagoda which allows visitors to ascend to the top of the building. The brick walls of each floor are carved with delicate patterns of flowers, beasts and Buddhist stories.

It has been a custom in Hangzhou to scale the Liuhe Pagoda to appreciate the roaring tides of the Qiantang River when they are at their strongest in the middle of a month.

Emperor Qianlong in the Qing Dynasty highly praised the pagoda on his visits to Hangzhou and left many manuscripts on stone tablets, which are now kept in a pavilion opposite the pagoda.

The Liuhe Cultural Park on the back hill nearby exhibits miniature Chinese pagodas from across the country with detailed illustrations of each design, history and symbolic meanings. 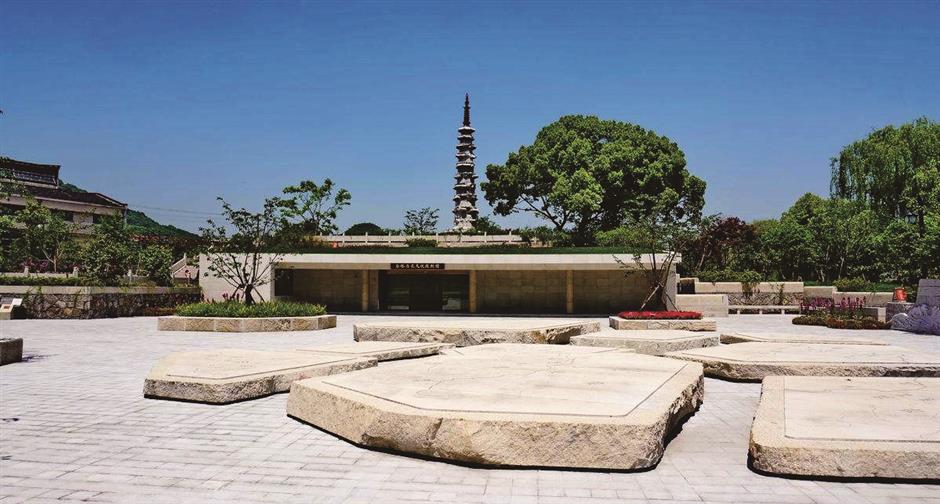 Not even many natives are aware of the white pagoda in Zhakou on the north embankment of the Qiantang River. The stone pagoda was built during the Five Dynasties (AD 907-960) as a landmark for ship navigation.

When Liang Sicheng, a renowned Chinese architect and scholar, found it in 1930, he praised it as the “most classic work among all such pagodas from the late Tang (AD 618-907) to early Song (960-1279) dynasties in the southern area.”

The value of the pagoda lies in its truthful clone of the wooden towers of that time. While very few wooden buildings are left, the pagoda is living proof of the marvelous Chinese architectural styles and craftsmanship that have been verified in historical treatises.

The pagoda has nine tiers of eaves, a long spire and a Xumi base, which is also referred to as Buddha’s warrior base. Each layer of the body is engraved with Buddhist figures and sutras while the base has patterns representing the “nine mountains and eight seas.”

The place where the pagoda is located has been transformed into White Pagoda Park extending over an area of more than 17 hectares.

Zhakou was also the south starting point of the Jiangshu Railway, the first railway in Zhejiang Province launched in 1907. Although it was changed into the present Shaoxing Road in the 1940s, the stockyard and the gantry crane are still within the park.

Visitors can ride on the only steam locomotive running in town to experience the life and tempo one century ago. 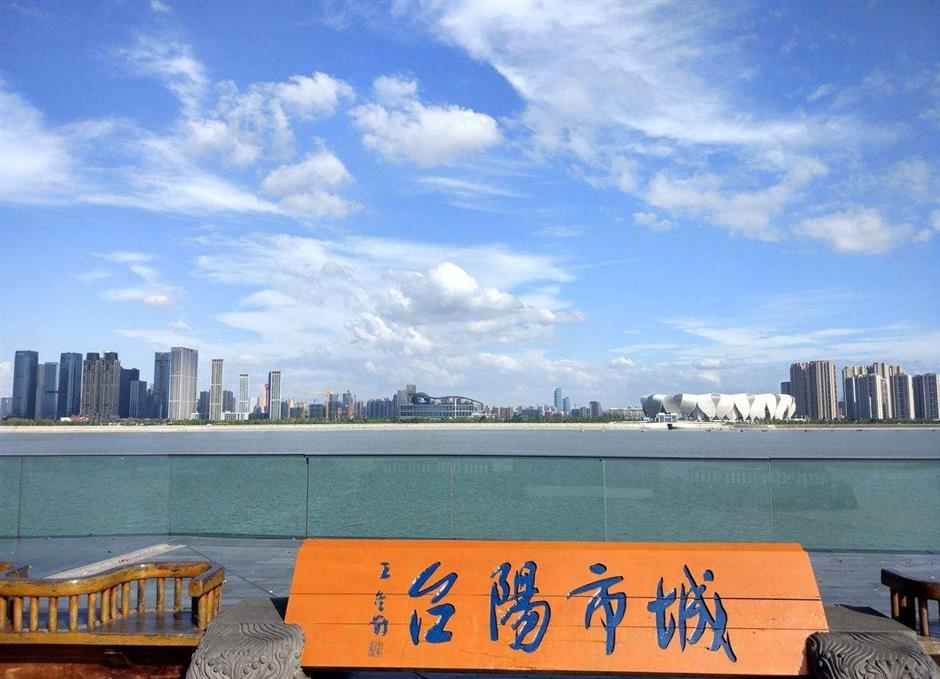 Located in Qianjiang New City, the Hangzhou City Balcony has been a new tourist attraction in Hangzhou, especially after the 2018 G20 Summit. And it is a spot-on choice to promenade along the city’s most beautiful night views and skylines.

The pier extends over 80 meters into the Qiantang River and is 322 meters in length stretching along Zhijiang Road. The main balcony and two smaller balconies on its north and south wings accommodate space for strolling, tidal bore observation and exhibitions and events.

A 3.5-meter-wide green asphalt bicycle lane runs though the balcony from south to north. The balcony is also the best place to enjoy the light shows on high-rises across the river. The light show is staged at 7:30pm and 8:30pm every Tuesday, Saturday and Sunday. The music fountain nearby also attracts tourists and locals at night.

The balcony borders several landmarks in the area, including the golden sphere of Hangzhou International Convention Center and the crescent-shaped Hangzhou Grand Theater.

The International Convention Center has a total floor area of 130,000 square meters and is divided into areas of hotel, exhibition halls, conference rooms and recreational centers. And when the silver Grand Theater is lit up at night, it forms a view of “sun and moon shining at the same time” together with the Convention Center.

If you visit the balcony during daytime, the Qiantang River Museum and the Hupanju Teahouse with its great river view are also worth spending an hour or two.

Address: At the intersection of Jiefang Rd E. and Zhijiang Rd