Baby rhino pretends to be stuck to get his mom's attention

“This bored rhino calf started rubbing his belly on a branch to pretend to be stuck so his mum would come over to help him,” Video of the scene shows Akeno, the calf, running around his enclosure in Chester Zoo with his mum, when he stands over a fallen tree to scratch his stomach. 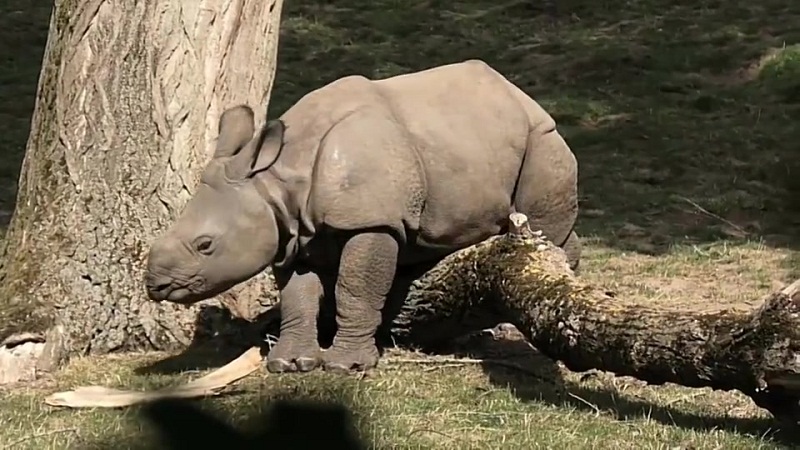 After a short while, Akeno stops and pretends to be stuck, causing his mother to head over and check on him.

"You think he's just scratching his belly but when it took a bit longer, I was wondering if he was actually stuck. Apparently, I wasn't alone with the thought as mum suddenly came running and had to check for herself if her baby was stuck or not," says the videographer.