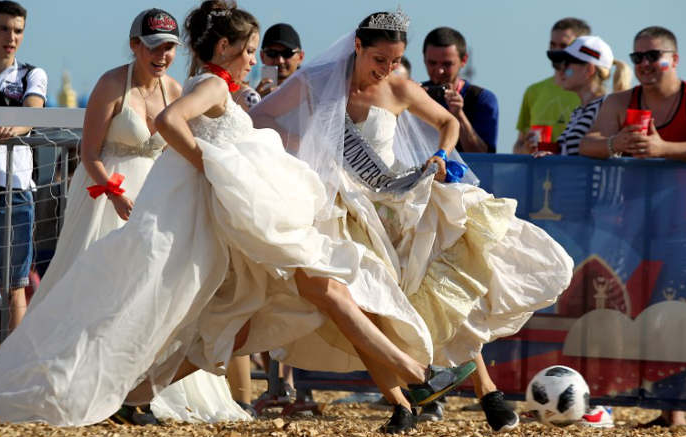 Russian women in elaborate bridal dresses took to the pitch in the World Cup host city of Kazan on Saturday (June 30) for a friendly soccer match intended to show their love of the sport.

Wearing floor-length white dresses and running shoes, the women split up into teams of five and played 15-minute halves on gravel in front of a small crowd.

The winning team was awarded a replica of the World Cup trophy, made out of flowers.

This unusual match served as a warm-up for the World Cup's first action-filled knockout-stage match in which France beat Argentina 4-3 in Kazan.

Russia is hosting the soccer World Cup for the first time, holding matches in 11 cities.