TRENDING Bush's dog, Sully, ready for a return to service

Bush's dog, Sully, ready for a return to service 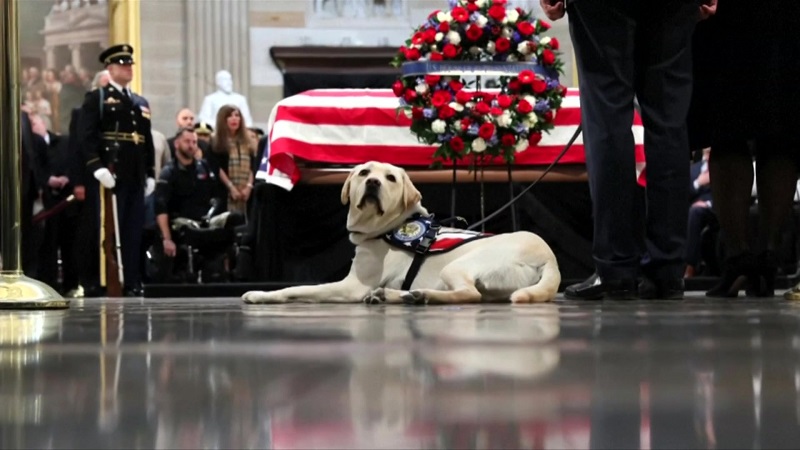 After former first lady Barbara Bush passed away in April, the two-year-old yellow Labrador retriever Sully was assigned to the former president.

Sully became an internet sensation after being photographed lying next to his late master's coffin.