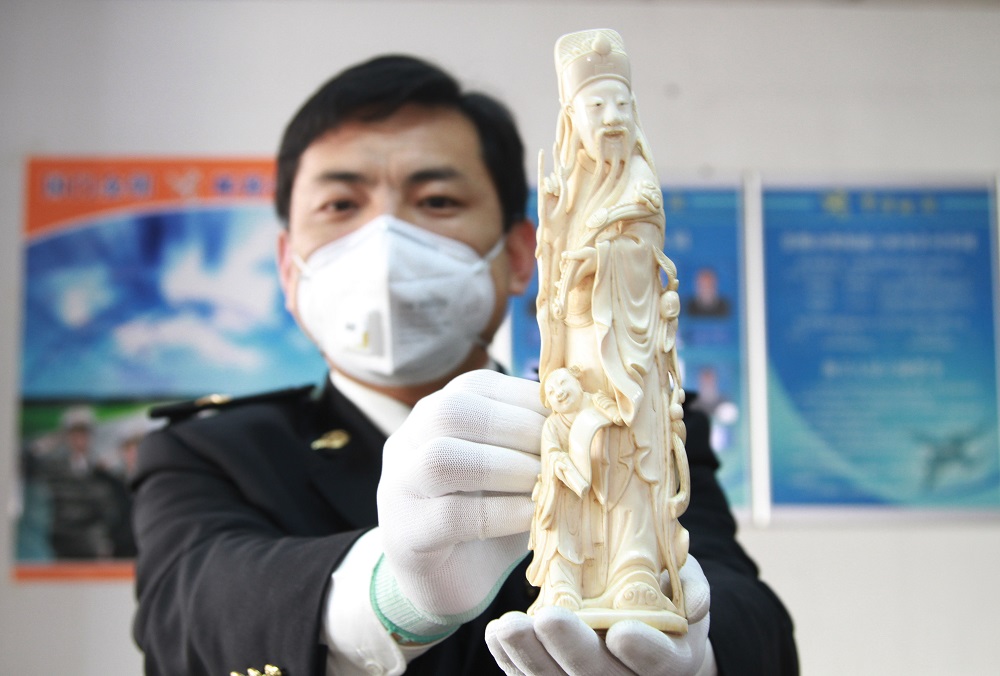 Beijing (People's Daily app) -- Starting from January 1, 2018, China will completely prohibit all sales of ivory and ivory products. With a total ban in place, the job for law enforcement will be much easier: Any sale of elephant ivory anywhere in China will be illegal after January 1.

China's State Forestry Administration closed 67 of 172 ivory-carving workshops and retail shops across the country in March this year. The remaining 105 will be shut down by the end of this year.

China's ban on ivory and ivory products has gained wide support from the public based on a recent report by the World Wildlife Fund and the wildlife trade monitoring network TRAFFIC. The report revealed that 87 percent of the people in the report supported the ban announced by the State Council in December 2016.

As the largest ivory market in the world, the efforts of China to prohibit ivory have also gained support from the international community.

"China's ban is one of the most important things that has happened to elephants in the last 10 years," said Iain Douglas-Hamilton, founder of Save the Elephants.

China's ivory ban also raised concerns about traditional ivory carving, which dates back to the Neolithic Age. The future of the craft seems unclear.

"If the art of ivory carving threatens the survival of African elephants, then the priority should be the protection of the elephants," said Zhou Fei, head of TRAFFIC's China Office.